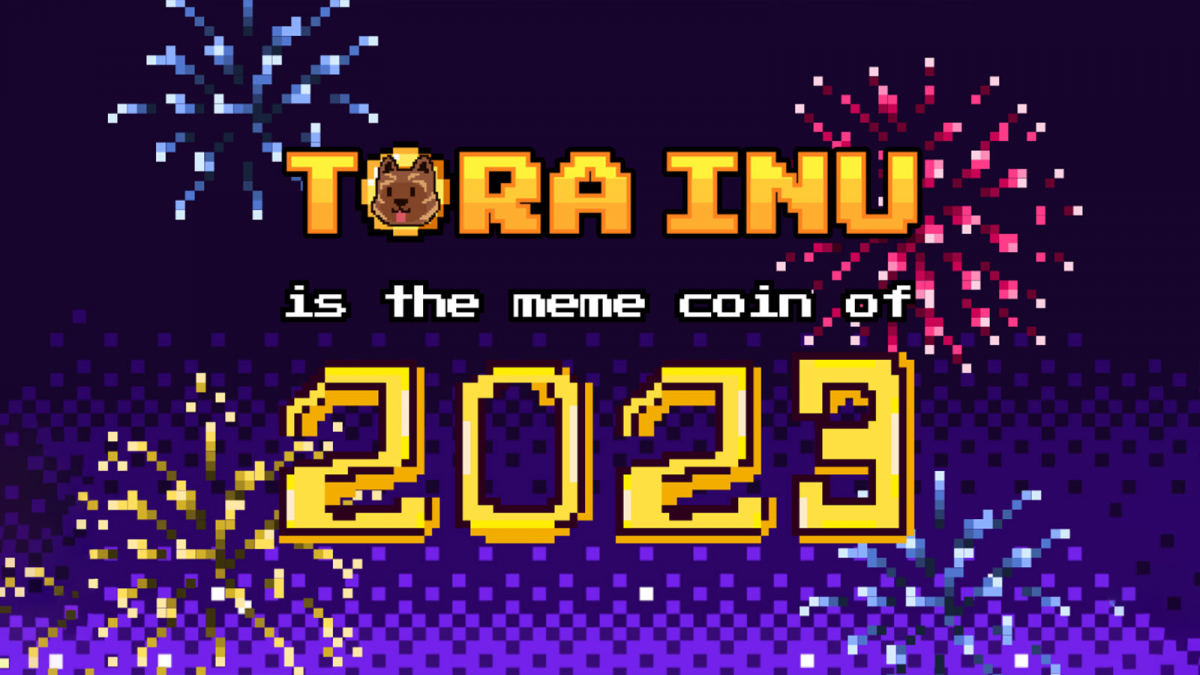 Meme coins are always somewhat of a star in the cryptocurrency industry, usually creating headlines and winning over crypto fans with their one-of-a-kind design and functionality. Meme coins are a popular kind of digital currency. When it comes to most aspects of meme currencies in 2022, it has been a very quiet year; however, there have been a few significant exceptions.

This year there have been a lot of companies and tokens that have been attempting to win over investors, but the crypto winter has made it difficult for them to do so. On the other hand, there is one initiative that, as we get closer and closer to the year 2023, is truly establishing itself to be something of a dark horse. When venture is the Meme Coin Tora Inu (TORA), which is generating a lot of buzz just around the time that its beta presale went live.

What Sets the Tora Inu Apart from Other Coins?

After all, it's named after a dog, and those are the kinds of things that are usually popular in the crypto market. At first look, Tora Inu could seem to be just like any other meme currency. However, Tora Inu adds a new spin to the meme currency area, which has been overdue for a makeover for a very long time.

Tora Inu is distinguished from other cryptocurrencies by virtue of its tokenomics, which include a burn mechanism that redistributes rewards. This brings to a decrease in supply while simultaneously driving up demand for the cryptocurrency. As more transactions take place on the network, it is anticipated that the value of the token will rise to reflect the increased demand for it. Those who do nothing more than keep a TORA token in their wallet would, of course, see the same price growth as everyone else.

However, there are many additional advantages that prove that Tora Inu is dedicated to providing its community with an experience that is unlike any other. The initiative is going to create a pay-to-play game that provides participants with prizes, and this game will include NFTs. It is possible for players to engage in combat with one another or the environment with their NFTs, which may gain levels.

Tora Inu has further ideas in the works for the future, including the creation of a metaverse that will allow gamers to communicate with one another. Players will have the ability to buy land, much as they can in a lot of other metaverses.

The Market: Is It Really Capable of Being Revitalized by Tora Inu?

When it comes to delivering profits, meme coins have not always been the most trustworthy investment option; nevertheless, this trend seems to be changing in 2022. Meme coin initiatives are taking on a different shape and providing new functionality, which may result in something of a comeback in the cryptocurrency market.

It would seem that Tora Inu has all of the characteristics of a meme currency, which has the potential to shake up the market. The most important component of the project is the token burn and redistribution, and the P2E game is not far behind in second place. On the other hand, there are a number of other significant factors that lend support to the possibility of a high degree of success. These factors include the fact that the team has extensive industry expertise and that many listings on centralized exchanges are in the works.

During the TORA presale, an incremental price rise mechanism will be used. This method will cause the price of the TORA to gradually climb as it is sold during its many stages. There has never been a private sale for this project; up to phase 3, there will only be sales of the beta version.

The Tora Inu Could Shake Things Up in the Market

The cryptocurrency market is now at a stage where it may be able to rebound to greater levels, or at the very least, move out of the present bottom that it is in. There are initiatives out there that are actively working against the trend of current market pricing, one such project is Tora Inu (TORA), which is an excellent illustration of this. These kind of projects have the potential to attract a broader audience because to their meme coin appeal as well as the extra functionality they provide.