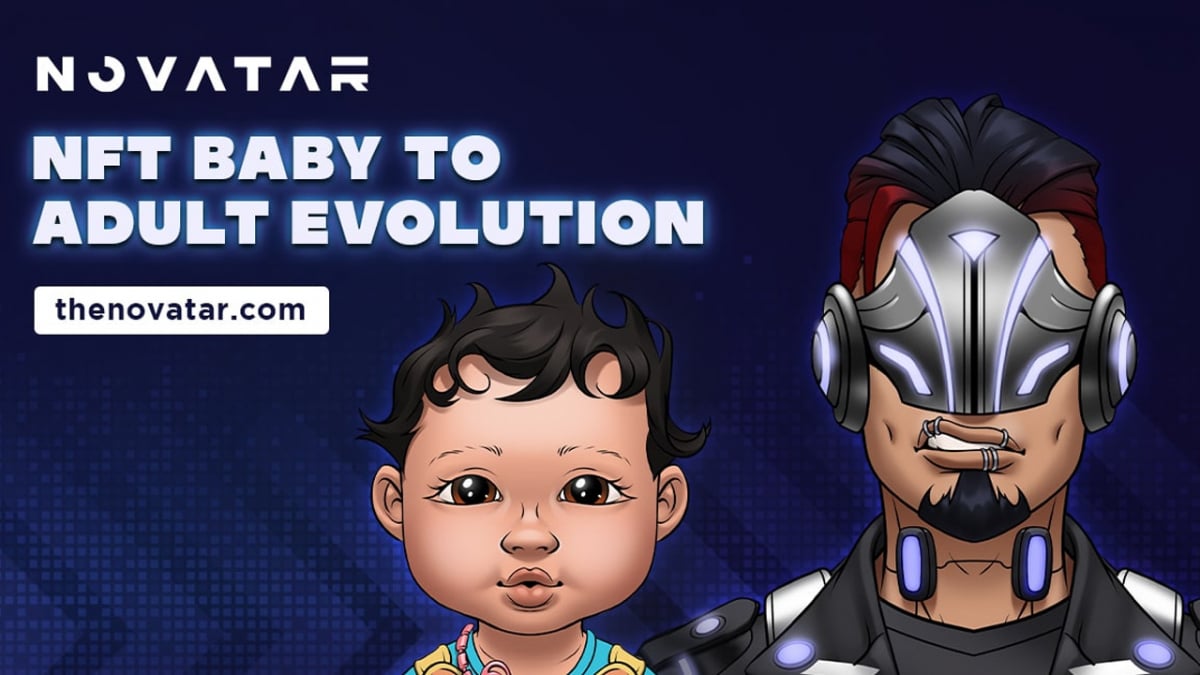 The first time the idea of aging NFTs is being implemented in The Novatar NFT drop. When the project launches, a limited number of 25,000 avatars will be accessible. Each Novatar has its unique trait - race, skin tone, and facial expressions are just a few of the features that make each NFT avatar unique.

The blockchain technology used by the Novatar project allows an infant Novatar to transform into an adult while the user mints it. However, the aging process is irreversible: once aged, the Novatar will stay an adult forever.

There are nine basic genes present in each baby Novatar. When aged, all adult Novatars will have up to 14 genes where 10 are basic, and the other four are optional. There are 11 different gene variations in adult avatars, compared to six in baby Novatar (except for the genes responsible for skin, hair, eyes, and eyebrows colors).

Novatars may be used in a variety of ways by their owners:

In the NFT, avatars will grow from a baby to a full-fledged adult. The Novatars’ features, as well as sexual orientations, are unknown till the moment they are mature. Adult Novatars will try their hand at numerous professions: there are 5 available professions on the platform - doctor, gamer, blogger, developer, or astronaut.

The Novatar project is a limited collection of 25,000 unique NFTs, each with a distinct face and personality. The Novatar NFTs can be used to represent their holders in all Metaverses.

Visit The Novatar website or follow them on social media to discover more about the project, its working procedures, and the Roadmap.