CryptoRobotics: a trading terminal of the future 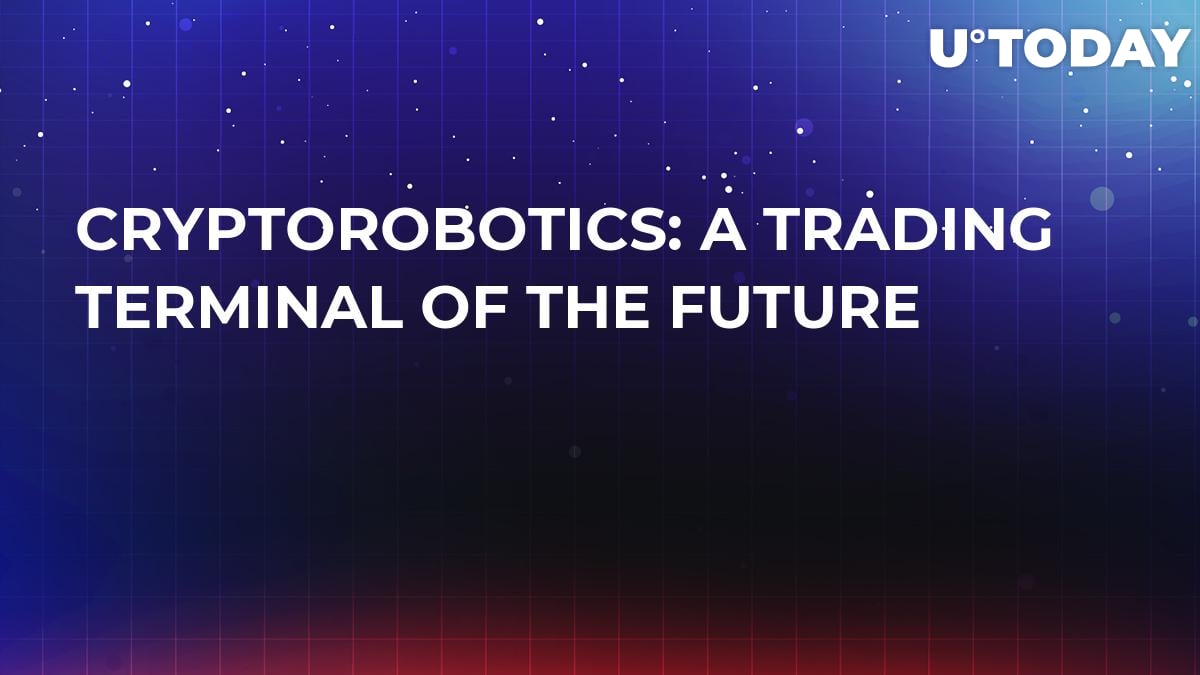 Compared to foreign exchange and stock exchange trading, it is difficult for a beginning cryptotrader or investor to get a direction among cryptocurrency pairs, dozens of trading platforms and to grasp the concept of the process.

A new trading terminal— CryptoRobotics, an alpha-version of which will be presented as early as April 2018 — meets all technical needs of the user, who has cryptocurrency and wants it go to work.

Trading platforms that were offered to cryptotraders up to now did not meet all the requirements for work at exchanges and suggested just partial solutions. There are about 50 mln of cryptocurrency holders around the world now, and they are all waiting for introduction of an efficient tool to work with it.

The terminal is developed exclusively for cryptocurrency trading and only at specialized exchanges. It is tailored to suit this market peculiarities and extreme details of working with cryptocurrency tools. For example, a trader connects to cryptocurrency exchanges directly, not via broker, unlike in classical currencies trading.

The alpha-version covers 11 main world trading cryptoexchanges*, all cryptocurrencies traded at them are available for work on the terminal. The user may choose what suits him and trade from one account using several tools at several exchanges all at once. CryptoRobotics plans to connect all leading cryptoexchanges.

All that the user need is to download the terminal for free to the computer, to explore its technical capabilities and to connect to the exchanges where he is already registered.

Alpha-version of the terminal is presented for Windows, it will work on Mac OS as early as May 2018. In June 2018 mobile versions of the terminal for Android and iOS will be launched.

CryptoRobotics offers three pre-set trading robots with certain technical indicators. They open and close deals based on the indicators values. The robots are based on algorithms developed specifically for cryptocurrency trading, taking into consideration the peculiarities of cryptocurrencies flotation. Before buying a robot one may test it on real historical quotes for the chosen period of time.

A self-learning system will start to collect the ready database of cryptocurrency trading strategies. New robots developed on its basis will ensure success for millions of cryptotraders.

The unique development of CryptoRobotics is a constructor of trading robots. Determining the specificities of algotrading and developing own algorithm, the user may assemble robots from ready blocks. It is not necessary to be a programmer for this, unlike with systems of robot’s development for other terminals.

Developing an efficient robot, the user may sell it to other traders at an internal marketplace.

The traders that lack self-confidence will get a unique opportunity we called “auto-following”. The user may entrust share of his deposit for trust management to a trader from the top of the rating. The terminal will replicate all the deals of the leader at your account, so you may earn (or lose) as much as he does.

CryptoRobotics is a trading terminal with no analogues at cryptocurrency market as yet. We know everything about a cryptotrader’s needs and know how to meet them.