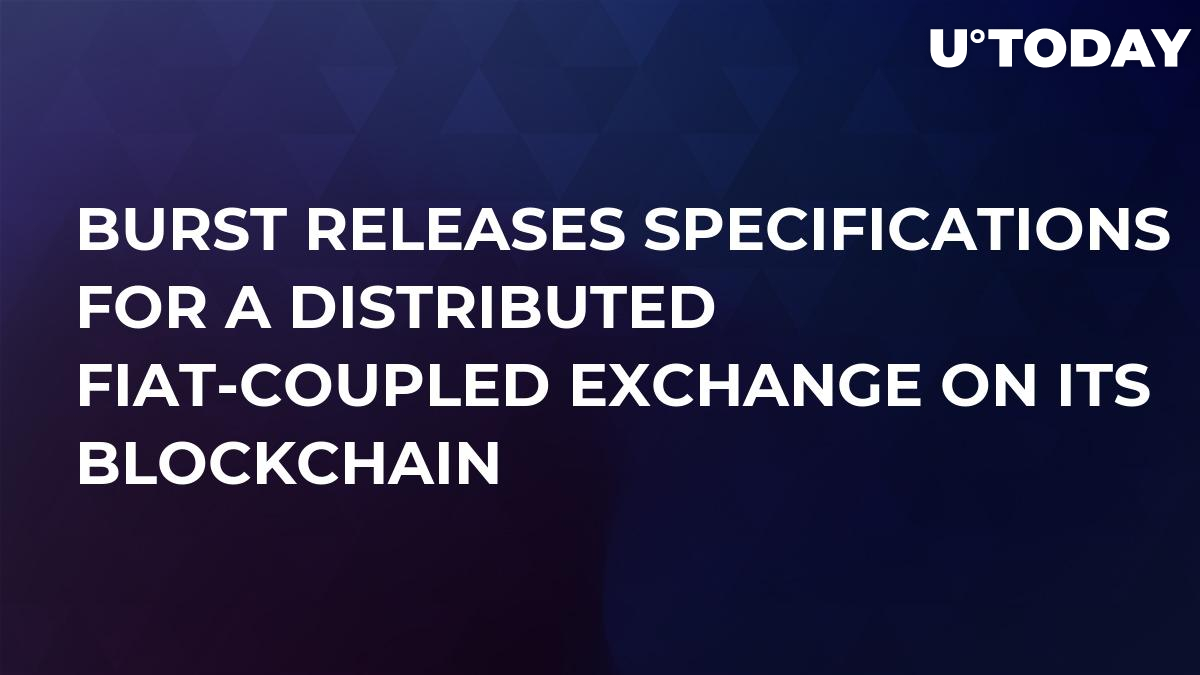 AUGUST 17, 2018 - Burst core development team, the PoC Consortium, released its new concept of Tethered Assets: an innovative way to anchor "real-world" values into the blockchain. Tethered Assets are tokens that retain the real value of the fiat currency or commodity they are based on, no matter what. This opens a whole new realm of possibilities with fiat values circulating freely within the Burst blockchain.

Cryptocurrencies no longer have to be detached from the real economy. Tethered Assets are a new class of asset with guaranteed value, relative to existing "real-world" currencies and commodities. A "tether-USD" token does retain a value to "real-world USD" 1:1, regardless of the current Burst price. It can only be sold or bought at an exchange rate determined by the wallet, based on the real-world data at the current block height.

How does it work? In order to create a Tethered USD token, the user has to burn an amount of his Burst representing the current value (in BURST) of 1 USD. This is done by a 'to-all' transaction, where the burned Burst is transferred proportionally to all wallets with sufficient funds. As a result, the balance of everyone else in the network slightly rises. The inspiration behind this system came from the creator of Bitcoin himself:

"Lost coins only make everyone else's coins worth slightly more. Think of it as a donation to everyone." - Satoshi Nakamoto

Naturally, anchoring real-world data in the Burst blockchain is essential to get an interface between the blockchain and the world outside of it. It has to be done in a trustless and reliable way - decentralized consensus data can only come from decentralized data that meets strict properties. This "real world fiscal data section" (RWFDS) will be stored within each block of the Burst blockchain as a simple, fixed length key-value format.

Tethered Assets effectively allow for a distributed fiat-coupled decentralized exchange within Burst, as well as transferring fiat value through the blockchain in a trustless way. They will be implemented on Burst through a hard-fork. Core developers will soon disclose a detailed roadmap of the process.

Burst revolutionized the crypto ecosystem with the introduction of Proof-of-Capacity, a consensus protocol allowing for energy efficient and decentralized mining since 2014. Today, Burst addresses the sustainability challenges of blockchain technology with groundbreaking concepts such as the Dymaxion: a mix between blockchain and tangle for a scalable, ultra efficient and decentralized transaction network. For more information, visit burst-coin.org.