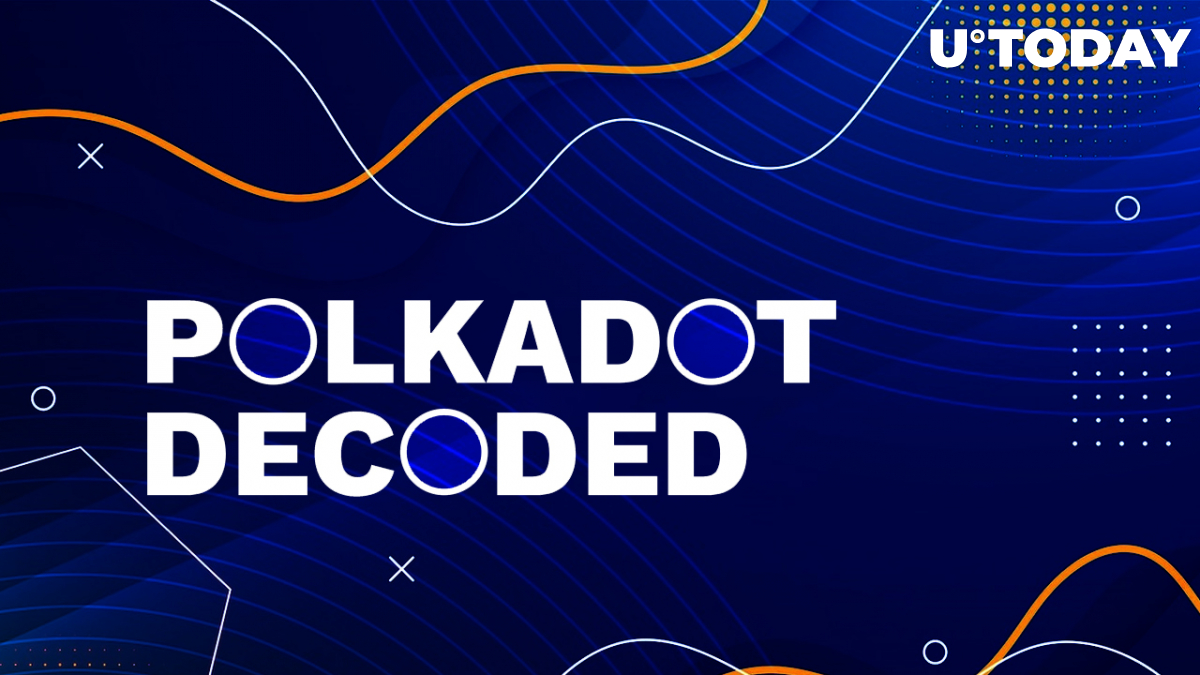 The largest event in 2022 for the global Polkadot (DOT) community will go live on June 29-30; the organizers shared the agenda with 100+ speakers and thousands of attendees.

According to Polkadot's founders from the Web3 Foundation and Parity Technologies, Decoded, one of the largest conferences in crypto, is set to go live on June 29.

The biggest conference on all things Polkadot is back on June 29-30. This year @PolkadotDecoded features 100+ talks, demos, and workshops from blockchain pioneers and leading builders in the ecosystem.

In-person events will be organized in four major global blockchain hubs: Berlin, New York, Buenos Aires and Hangzhou. Side events will also take place in Seoul, Valencia, Mexico City and so on.

Polkadot founder Dr. Gavin Wood will speak to participants in both New York and Buenos Aires. Events on the New York scene will be dedicated to Polkadot's first parachain, Moonbeam. The teams of Manta Network, Parallel Finance, Acala and Equilibrium, together with Parity's Shawn Tabrizi, will demonstrate the disruptive power of Polkadot's XCM protocol.

Berlin's events will be focused on real-world adoption of Polkadot and Kusama instruments; the Centrifuge, SubQuery, Astar and Robonomics teams will be discussing the subject.

Exclusive NFTs for all visitors

The Chinese part of the agenda will see Litentry, Phala Network, Gear Tech and Open Square speaking on day one, while CESS Cloud, Bifrost and PolkaWorld speeches are scheduled for June 30, 2022.

To celebrate the launch of this crucial conference, the Polkadot team is going to release 50,000 exclusive NFTs. These digital collectibles will be distributed between all in-person attendees for free.

Bertrand Perez, CEO of the Web3 Foundation, highlights the community-driven character of the conference and its side events across the globe:

We value our supporters across the world and encourage the local Polkadot communities in all countries to organize their own events. These events could include social gatherings, panels and networking events. Or you could consider hosting an event to allow people to gather together to watch the live streamed talks. With such a huge volume of talks scheduled, covering every aspect of the Polkadot and Kusama ecosystems - and with many of their respective parachain teams featured - there really is something for everyone.

Previous Decoded conferences made headlines in 2020-2021 thanks to important announcements and major technical design demonstrations.