PBoC Governor Blasts Bitcoin to Press, But Can Do No More Harm

David Dinkins
Though the governor of the People’s Bank of China rails against cryptocurrency, there’s little more he can do because of the thoroughness of China’s ban 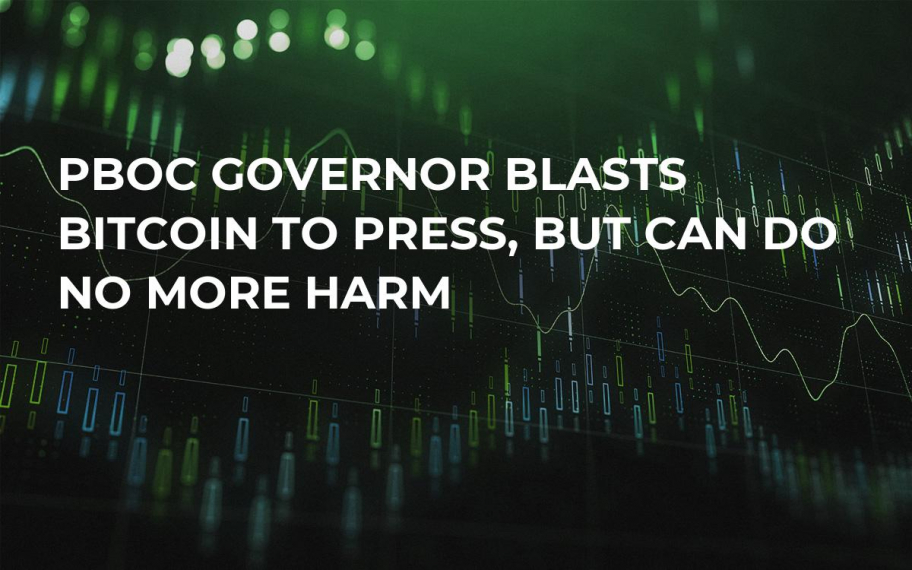 "Lots of cryptocurrencies have seen explosive growth which can bring significant negative impact on consumers and retail investors. We don't like (cryptocurrency) products that make huge opportunity for speculation that gives people the illusion of getting rich overnight."

However, the PBoC governor tried to strike an optimistic, though cautious, tone about the potential of Blockchain, saying:

"For Blockchain projects with technological potentials, they should conduct thorough testing before rolling out services. Otherwise, a reckless expansion may incur serious security and financial stability issues.”

It’s unclear how much more Zhou can do to restrict cryptocurrency in his country. The entire nation of China is already under an ICO ban and a crypto exchange ban. When Chinese users began circumventing the exchange ban by simply logging onto foreign exchanges, China’s government deployed its infamous “Great Firewall” to forbid access to international markets.

Reports have recently begun to circulate that cryptocurrency exchanges were having their social media accounts blocked by the government. As an example, all messages formerly posted by the OKEx exchange have been replaced with the following note:

"The platform may have violated relevant laws and regulations after being reviewed per users' complaints. The account is currently blocked and content is not available."

Given the thoroughness of China’s anti-cryptocurrency measures to date, Zhou’s comments come across as an old man yelling at the clouds.