Past ICO Review: Tezos, Crypto King for a Day

Eric Eissler
What happened with Tezos, one of the largest ICOs to date, which lost control of most of its funds due to infighting 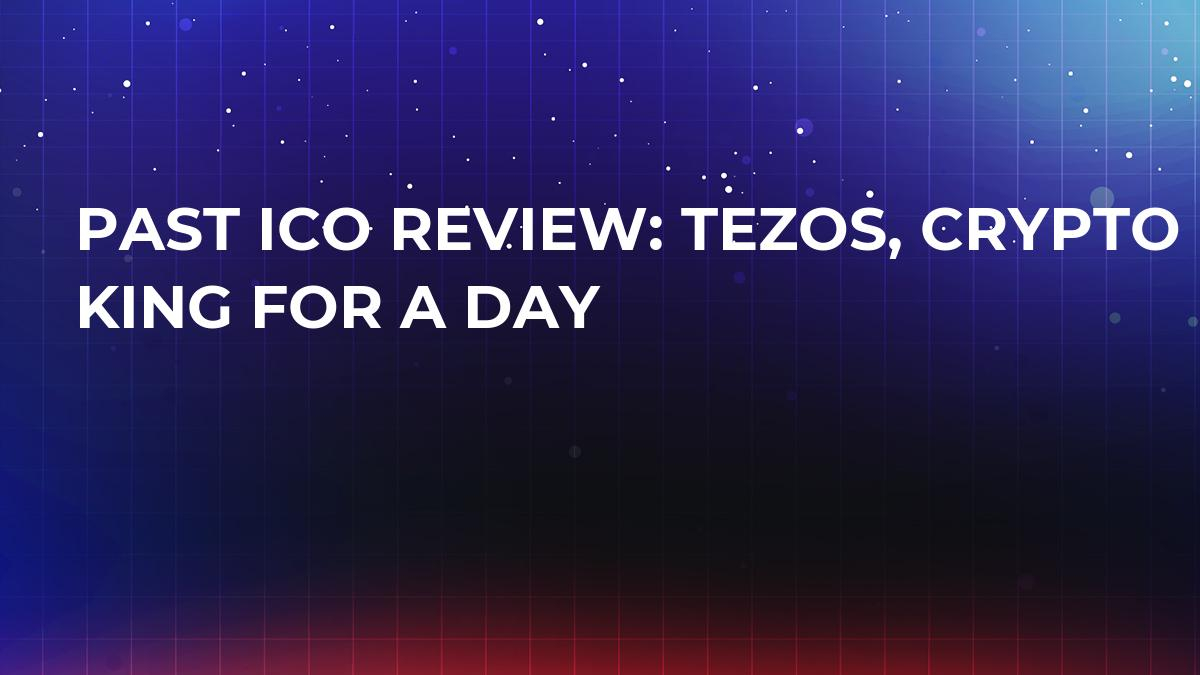 The unlaunched token entered into CoinMarketCap on Oct. 2, 2017 at $1.66 per token and despite the failings of the rest of the organization, which is facing numerous lawsuits and serious infighting, the token is trading at, as of writing, $3.05, an 84 percent jump in value since its debut.

However, the token has still not been officially launched or made available to the public for purchase, so no one actually owns these unreleased tokens. It’s too bad that this infighting has kept investors from their money and earned gains.

Crypto King for a day

Tezos erupted onto the market with its astounding $232 mln ICO, but quickly lost control of most of its funds due to infighting and now trying to stave off pending legal cases. The biggest issue is the fact that the company is a Swiss-American cheese sandwich that is entangled in Swiss law.

According to Swiss law, the foundation is to be independent of the company and it holds the purse straps in this operation, leaving the other partners out in the cold. Arthur and Kathleen Breitman, the ones in the cold, are the holders of the Tezos source code via a Delaware-based company, Dynamic Ledger Solutions.

To gain back control of all the ICO-raised capital, the Breitmans have been trying to oust the head of the foundation, Johann Gevers. Of course, he was not having it and was fighting back, accusing the pair of character assassination.

Since the start of February 2018, Gevers has restructured the board and added a new member in an effort to continue to fight. However, later in the month, it was announced that the entire foundation board, Gevers and two others, have voluntarily resigned.

This resignation has opened the way for Tezos’ community members to step in and take over. Under the assumption that the token could officially be released to the public and that the investors get back their contributions- remember that 85 percent gain!

“The foundation is preparing itself to assist in the timely launch of the Tezos network.”

After all the shake-ups in February and promise by Breitman to “go rogue and release the token in the new few weeks,” Tezos tokens remain behind a thick wall of glass, tantalizing those who invested, only to see their investment grow but be unable to pluck it like a ripe green plum.

While there were many promises made to deliver, investors are growing tired of hearing excuses after a nine-month wait since the ICO closed. Usually, investors get their tokens within a month or two after the close of the ICO investment period.

Furthermore, there have been allegations made that technical progress has not been made, due to the fact that there are no funds to pay developers which have abandoned ship.

Despite the deluge of bad news, that would usually decimate a company’s stock price, Tezos token has appreciated, causing some to believe that it will actually be worth something in the end.

However, given the lawsuits and empty promises that Tezos was to go rouge and release the token, nothing has happened in six weeks from this promise. Leading many to believe, this token, like the many others before it and after it are destined for the ICO dustbin.