Past ICO Review: How Anti-Stupidity Crypto Project Has Reached its Goals by Completely Failing

Tzao Se
A failed crypto project that raised north of $19 mln, increased the average IQ of the cryptomarket by removing a significant bunch of people too stupid to operate on it 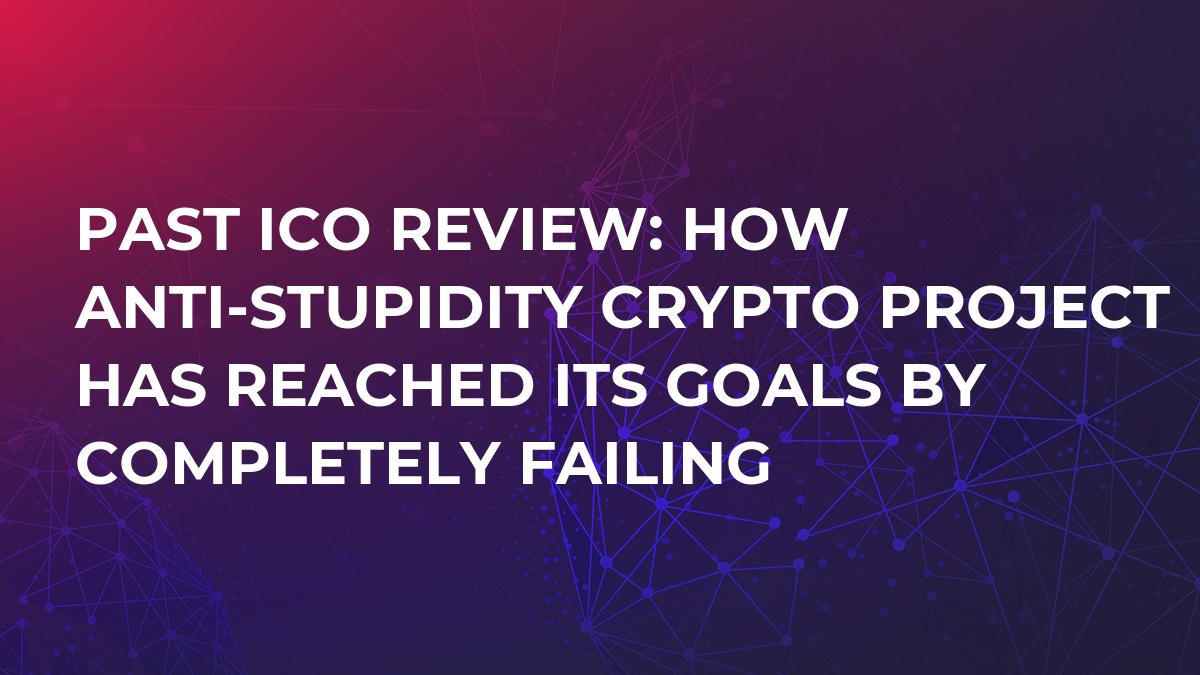 I grew up in a plattenbau neighborhood, in a micro-district inspired by Le Corbusier. It is fashionable to despise this architectural style, but I must admit that I secretly love factory-built assembled plattenbau projects.

The thing is, I love them on the design sketches, on maquette miniatures, I love them in the imagination of their architects, I love them on 70s postcards of an idyllic, innocent urban landscapes of heartland’s France towns social housing developments (which we know ended up eventually converting into ethnic ghettos and welfare-subsidised slums).

They say mass-production buildings and vast spaces create ghettos. They blame Le Corbusier for their misery. Nonsense. Le Corbusier and his disciples aren’t to blame. The residents are.

Beautiful, well-thought projects of well-organized, frugal, cost-effective communal life was given to the people who weren’t enlightened enough to grasp the concept. They’ve brought their ignorance and prejudice to the bright world of the hopeful future, so that future never happened. If the same kind of people were given palaces as social housing, they would turn Versailles into a ghetto.

Well, 2017’s ICO rush have something in common with plattenbau. Technology isn’t to blame for humans’ stupidity. You may blame regulations, you may blame the lawlessness, you may blame whatever external factor there is, but sometimes, an ICO like that hype acts as a great equalizer, a machine to redistribute money between the stupid and the smart.

I have no pity whatsoever for the people who invested into the thing called BitcoinGrowthFund, that is said to have raised some $19 mln in May 2017, and is among the biggest ICOs of 2017. They got what they deserve.

A website with no information on the team, with a laughable white paper, no advisors got that kind of money.

The idea offered to the investors was essentially an investment fund: “you buy our coin, and we invest money into mining of cryptocurrencies with potential.”

They’ve had a wallet on the site, which showed the increase of the investment, but many people complained that when a withdrawal was attempted, the transaction simply did not take place. “Withdrawal of your money is more important than investing as if we cannot withdraw what is the sense of investing,”  asked one poor soul on bitcointalk. Mua. Ha. Ha.

Legally this is not a scam at all, and it took almost no effort to fool so many people. These people were quite straightforward: “MCAP tokens are not participation in the Company and MCAP tokens hold no rights in the said company. MCAP tokens are sold as a functional good and all proceeds received by Company may be spent freely by Company absent any conditions. MCAP tokens are intended for experts in dealing with cryptographic tokens and Blockchain-based software systems.”

They were telling the truth from the very start. BitcoinGrowthFund web is not updated since November 2017.

Even if sneaky Hindus behind this gig have spent every single penny they’ve raised on coke and New Dehli’s finest escorts, it’d still a better use for the money than it was in the hands of their so-called investors.

“Due diligence” wasn’t called that for nothing. Because it is a diligence that is due in some circumstance.

Normally, I’d keep preaching that ICOs should start adopting regulations, better corporate governance, and so on and so forth. Not now. No regulation wouldn’t have helped here. It is like blaming plattenbau developments for ghettoization. Technology and laws aren’t to blame. People who invested in this kind of crap have to blame only themselves.

Don’t be like these people. Invest smart. And remember: CryptoComes is watching you.