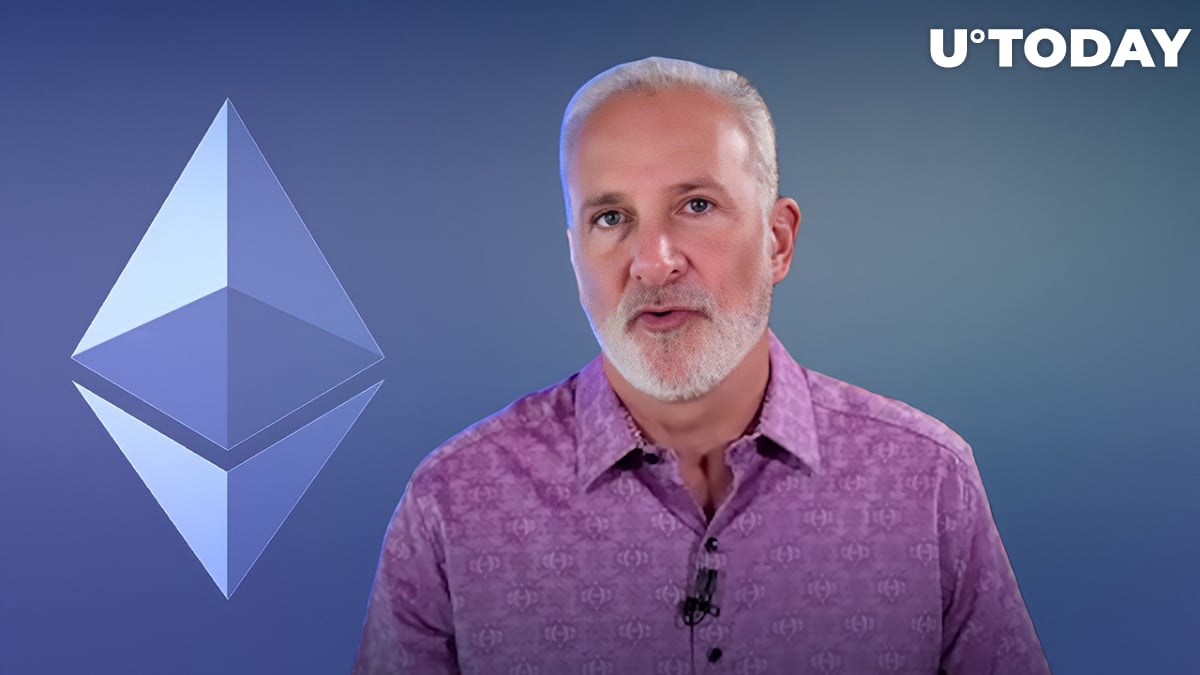 In a recent tweet, prominent critic of Bitcoin, Ethereum and crypto in general, Peter Schiff, claimed that the bearish prediction for Ethereum he shared three weeks ago has come true now as the ETH price is falling down.

Schiff tweeted that he had warned about this turn of events for Ethereum less than three weeks ago. Back then, he wrote on his Twitter page that the Ether chart then combined a bearish Double Top pattern that contained a Head & Shoulders top.

The economist Schiff called it an "ominous combination" for the second biggest digital currency, expecting it to keep declining in price. On the chart he showed that, according to his expectations, Ethereum should fall to the $1,000 level, which is indeed happening at the moment.

He added that for those who are holding ETH at the current price near $1,200 and did not sell it earlier, it is their own fault that they are losing money.

On May 16, Schiff shared a similar forecast on Bitcoin, saying that the same "ominous" combination of patterns was visible on a BTC chart as well, and Bitcoin had a long way to fall.

Earlier this week, when replying to a question on Twitter as to what BTC would reach sooner—$2,000 or $200,000—Schiff stated that $2,000 is the only possible price that Bitcoin can reach in the near future.

"Ethereum is in for more pain"

Earlier, U.Today covered that several experts, including Bloomberg analysts, have predicted "more pain" ahead of Ethereum.

Bloomberg experts believe that the next support can by found by Ether in the $1,000 area or even down at $913. They expect Ether will continue to decline.

Jim Bianco, head of Bianco Research LLC, and Caleb Franzen, a senior analyst at Cubic Analytics, also believe that Ethereum is in for a bigger downfall from the current position.

However, founder of SkyBridge Capital Anthony Scaramucci told CNBC yesterday that his wealth management fund had bought more Bitcoin and Ethereum on the dip, and he urged investors to stay disciplined in order to survive this bear market.