Darryn Pollock
North Korea has reportedly been tapping into the power of cryptocurrency mining to help boost its self, but that’s not the only way crypto is coming to the rescue 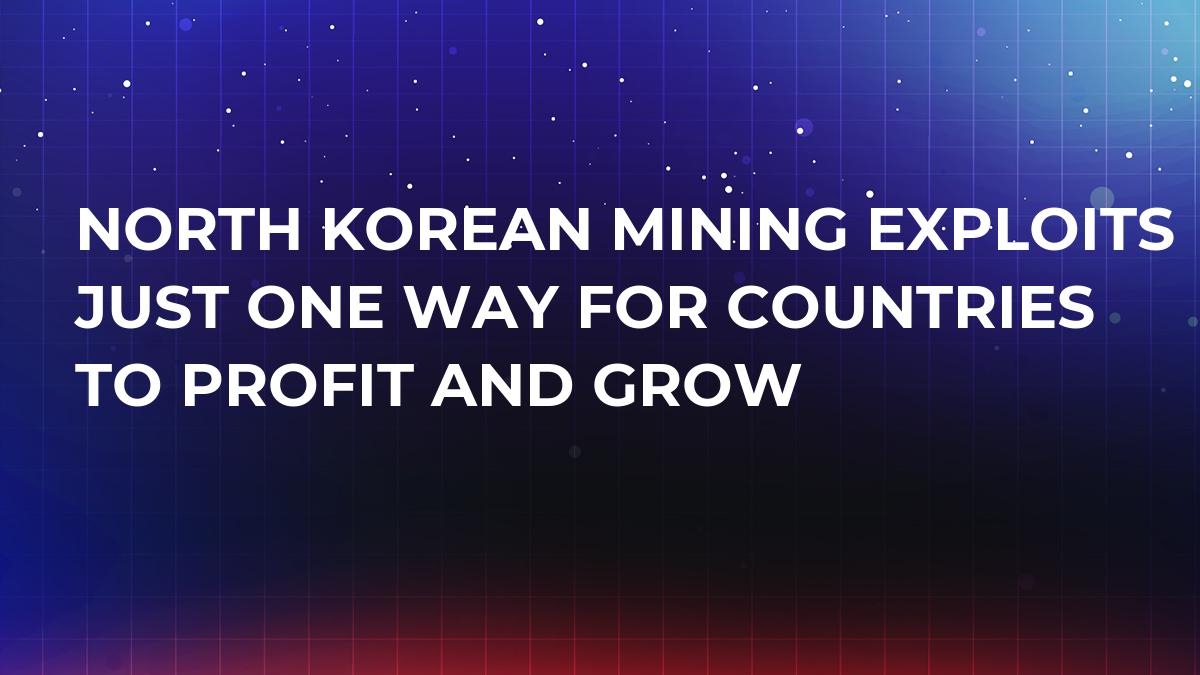 While it was probably the worst kept secret, it has emerged through a South Korean report that its neighbor from the North has been mining cryptocurrency. It is also unsurprising as the decentralized and amoral nature of cryptocurrency means that it is available to all to use how they please.

It has also seen the likes of Iran and Venezuela develop their own cryptocurrencies in order to bypass sanctions installed on them by world leaders, the US. Some will be very skeptical and against the likes of these so-called rogue nations getting a foot up by cryptocurrencies, but it is true libertarianism in action.

The global make up has been built and fashioned around a strong Western Core with the likes of NATO and the UN dictating the way in which things should be done, however, cryptocurrencies do not adhere to the societal norms and cannot be controlled or used for one agenda or the next.

It opens up a huge philosophical debate, but before right and wrong can be answered for, it must also be remembered that these cryptocurrencies are also helping the poor and downtrodden when their so-called sovereign governments have let them down, such as in Zimbabwe and again in Venezuela.

The emerging crypto ecosystem that is sweeping globally, while remaining anonymous has created a perfect market for a country like North Korea to create money out of nothing more than electricity.

The cryptocurrency mining space has evolved from individuals with GPUs to major mining pools and companies, such as Bitmain. But, North Korea has proven that on a state level, there is an opportunity for governments to also profit- especially seeing as they run the electricity.

This creation of cryptocurrencies means that the North Koreans have an asset that is in demand that they can sell while remaining anonymous. This leaves any sort of sanctions or halts on the markets out in the cold and allows the country to be semi-self-sufficient.

The uses of its earnings may be up for debate, and the morality questioned. But much like Bitcoin cannot be blamed for drug buying, neither can it be blamed for aiding North Korea to accumulate wealth.

It has also been reported and discussed how Iran and Venezuela are using their own cryptocurrencies to bypass sanctions implemented by the US. Again, there may be questions of morality and righteousness in this, but those same questions can be posed of the US and their rights to cripple access to the global economy.

There has been long political debates and philosophizing about the way in which the global system has been constructed by the West and how it hampers the growth of other nations that do not follow those norms. Cryptocurrencies at least give a tool that governments can use, that are uncontrollable, to help prop themselves up.

A chance for good

Again, the moral debate could rage forever, but what can not be debated is the other side of things cryptocurrencies can open up in dire situations. Cryptocurrencies always had the moniker of being a tool of the people, and in places where the people have been let down by traditional economies and policies, a burgeoning cryptocurrency market usually springs up.

In Zimbabwe, people have been forced to adopt the US Dollar as their currency has degraded to nothing, but even getting hold of the US Dollar is difficult and puts the country in the pocket of the West again.

However, the African nation, with the help of coins like Dash, are building a functioning digital economy which is helping the people to survive.