Bitcoin Truly Shows its Usefulness in Failed State Like Venezuela

David Dinkins
Bitcoin may not seem useful as a currency in the developed world, but in a failed state it’s a life saver. 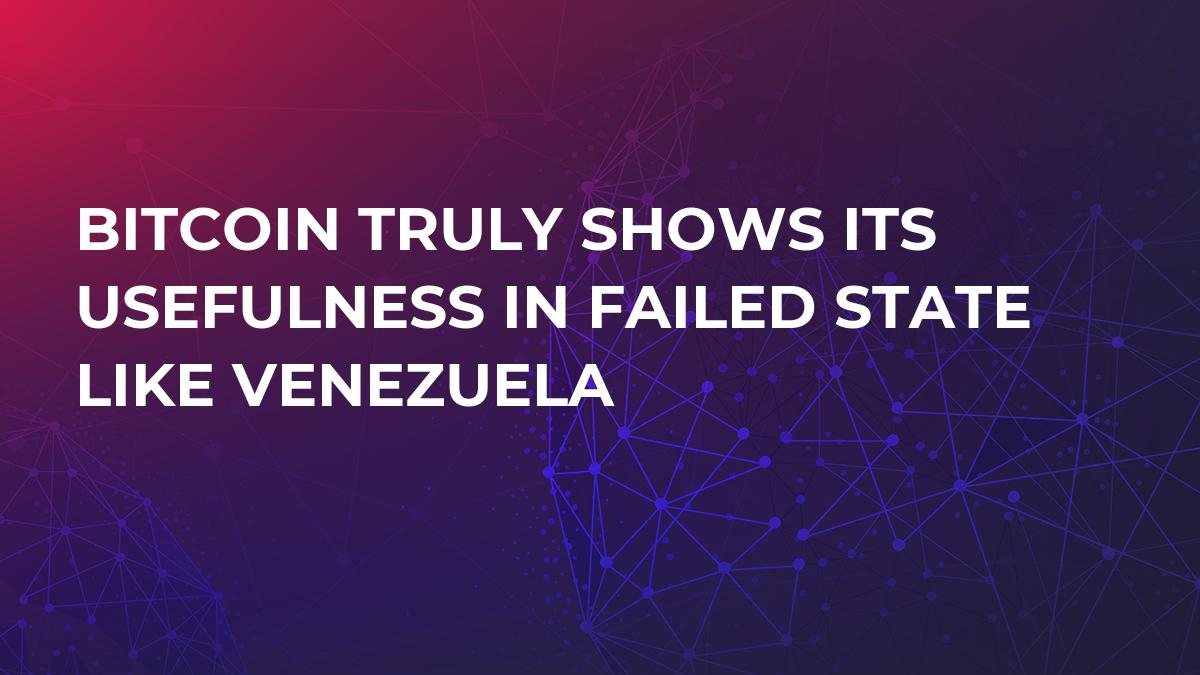 Bitcoin and other digital currencies reveal their greatest potential in “failed states,” according to Wired. In nations like Venezuela, where the national currency is essentially worthless, Bitcoin is a life-saver to those who can access it. In Venezuela, many needed products are only available from foreign countries or on the nation’s black market, and those sellers do not accept Venezuelan bolivars.

Many first-world bankers, such as the governor of the Bank of England, Mark Carney, have condemned Bitcoin due to its volatility. The price of Bitcoin peaked in December, reaching nearly $20,000, before declining to present-day prices of $8,600. While such volatility may make the currency less useful as a medium of exchange in an advanced economy, not so in Venezuela.

Venezuela experienced an inflation rate of 2,600% last year. For Venezuelans with access to Bitcoin, even a 50% drop in the value of the digital currency is nothing compared to how much they would lose just by holding on to their nation’s currency. Wired tells of one Venezuelan who converts Bitcoin to bolivars immediately, at the cash register, in order to protect himself against the nation’s crippling inflation rate.

Mark Carney made headlines earlier this year when he stated that Bitcoin had “failed” as a currency. To the extent that he’s speaking of developed nations, he may be correct. Though a growing Bitcoin with a larger market capitalization will eventually be much less volatile than it is today, at the present time Bitcoin’s volatility does weigh heavily against it. But in a state such as Venezuela, Bitcoin is the only thing allowing some people to survive.

In that country, foreign currencies ownership is not permitted, with dollars and other global currencies only being available on the black market. Bitcoin therefore fills a crucial gap when it comes to maintaining the value of Venezuelans’ savings. Not only that, but over the long term Bitcoin is appreciating in price, which could lift many in the broken nation out of poverty forever.