Arman Shirinyan
Maker, which spiked by around 100% at some point, also reports increased whale activity 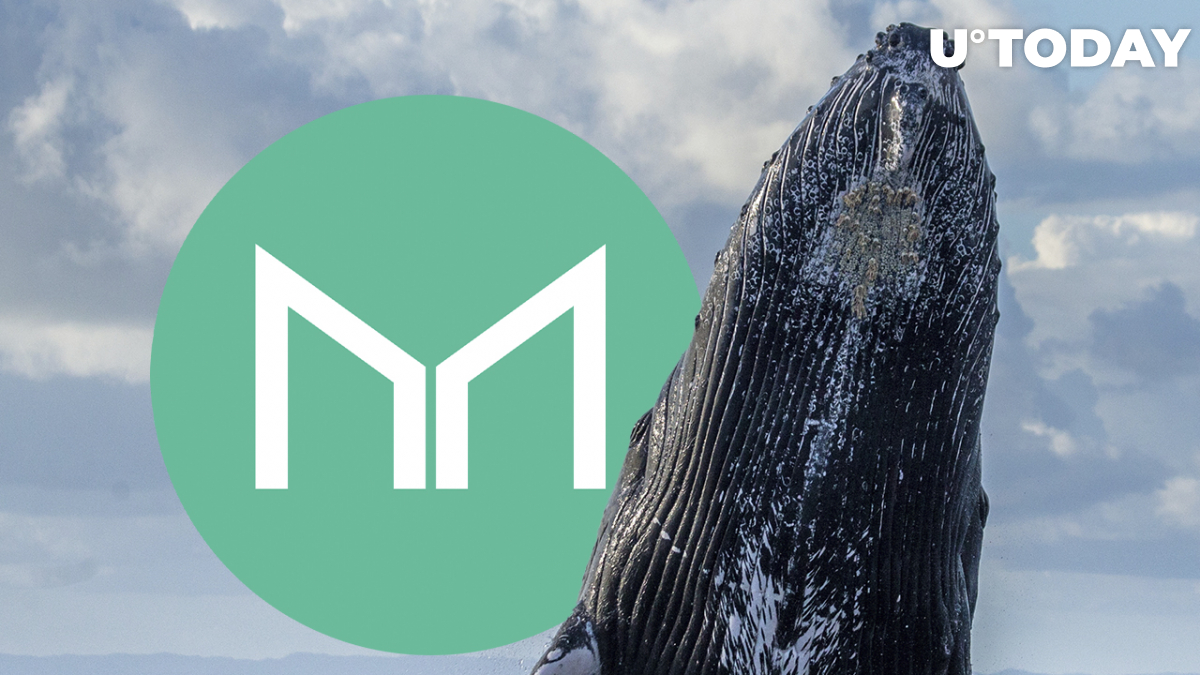 Maker token, which is up by over 35% this week and was reaching 90% gains at some point, also shows a spike in the activity of large wallets on the network, according to on-chain data provided by Santiment.

The blockchain saw a 21% rise in whales' activity after the token showed massive gains on the cryptocurrency market. In addition to a rising number of transactions on wallets worth over $100,000, key stakeholders currently own the highest percentage of the MKR supply.

? #Maker has seen major whale activity these past couple days, and its largest spike in $100k+ transactions has propelled the asset +21% in the past week and another +18% in just the past day. Key stakeholders own an #AllTimeHigh in $MKR supply. https://t.co/l8wd61JT2b pic.twitter.com/Ua2gkAw48I

Back on May 11, MKR gained a record-breaking 100% to its price in less than 24 hours. But due to high selling pressure on the market, the price of the token tumbled down and lost all of its growth in a matter of hours.

Why did Maker's price spike so suddenly?

Since no fundamental updates or news were provided by developers recently, we may conclude that the massive 35% token's growth is purely speculative and could also be tied to the downfall of the Terra ecosystem.

Maker is the governance token of the MakerDAO and Maker Protocol, which is an Ethereum-based ecosystem that allows issuance of the DAI stablecoin. The purpose of the token could be the key to its massive growth as users that kept funds in UST stablecoin could be looking for alternative solutions like Maker.