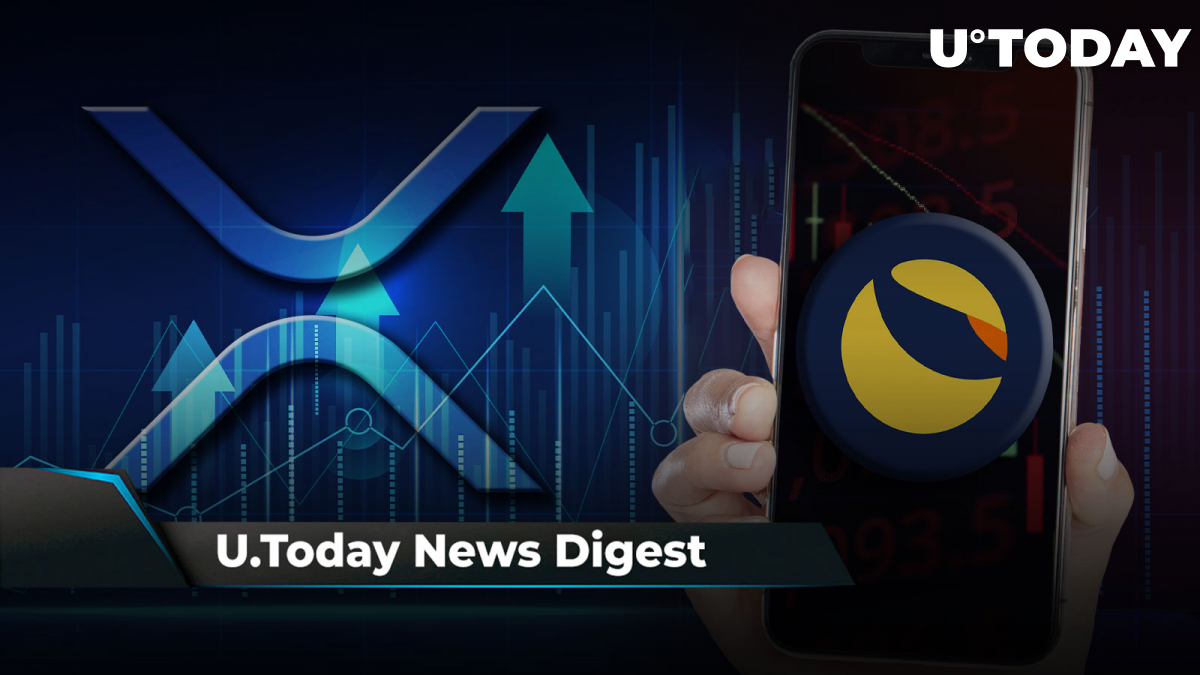 Take a look at what happened in the world of crypto over the weekend with U.Today’s top four news stories.

According to CoinMarketCap data, Terra Classic, or LUNC, demonstrated the lowest profitability among the top 100 largest cryptocurrencies by market capitalization. During the course of the week, the cryptocurrency lost close to 25% of its value, with the closing days seeing the largest decline. The cause of the decrease was the disclosure of information regarding the burning of LUNC on major cryptocurrency exchange Binance, where the project may have the most liquidity. While many LUNC enthusiasts had expected an implementation of a token-burning tax when a transaction is made with it on Binance, exchange head Changpeng Zhao denied such a decision.

Related
LUNC Is Dangerously Close to Plunging to 0, Here's Why

Terence Tsao, seasoned Ethereum developer, tweeted that on Friday, Sept. 23, a total of 20 validators were slashed in only three hours. Validators were penalized due to attester equivocation issues. Even though the real causes of the issues remain unclear as validator addresses and index deposit data are not published, Tsao suggested the possible reasons for the unusual slashing event. According to him, it is highly likely that slashing was induced by duplicated set-ups and doppelganger detection failure. Tsao also emphasized that the penalty for slashing and for being offline would be increased with every next upgrade that Ethereum on PoS undergoes.

Over the past week, the market saw XRP spiking by a staggering 58%. According to Twitter user Ben Armstrong, investor and holder of XRP, ADA and ETH, there are multiple reasons for this long-expected rise, with the main one being the SEC giving up trying to prove that the Ripple-affiliated token is a security. Last weekend, both the regulator and the fintech giant filed motions for summary judgment for Judge Torres to make a verdict in favor of one of the sides. Per Santiment data aggregator, another reason for the recent XRP price increase is a surge in whale XRP movement as staggering amounts of XRP were shifted by anonymous addresses over the past week, with Ripple taking part in it too.

Shiba Inu, the famous meme token and Dogecoin rival, is now moving up despite the problematic price performance it saw recently. To reach more significant price levels, the canine coin needs to break the exponential 50-day moving average. After a breakout, SHIB would officially enter an uptrend and bring some profits back to investors. Unfortunately, the breakout would not put Shiba Inu back above the 50% profitability level. SHIB would need to rise above the $0.00002 price level in order to become profitable once again. However, even though the token’s price performance is positive, its trading volume is still decreasing, which is why SHIB’s volatility remains at an extremely low level. Such a tendency is a negative factor for a token that relies heavily on speculative attractiveness.