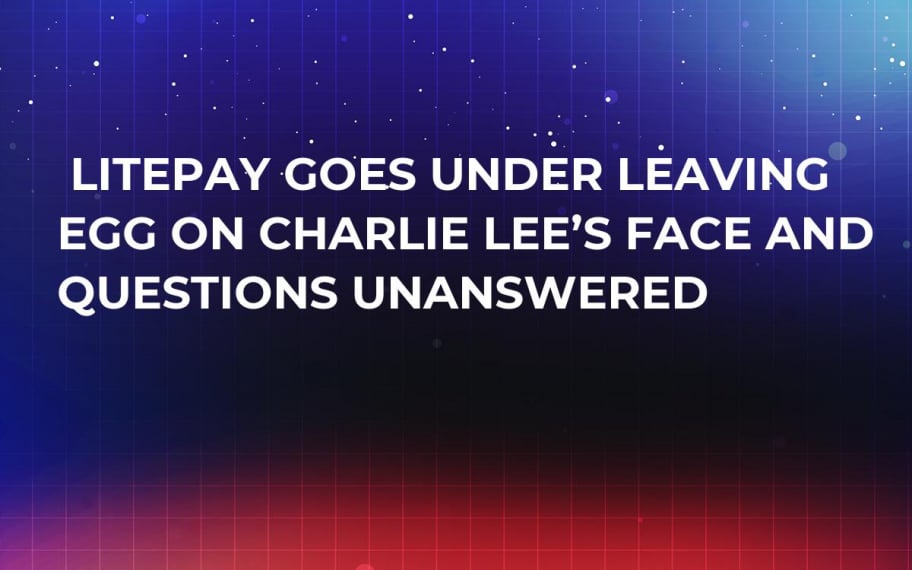 LitePay, a service which promised to offer both merchant services and a Litecoin-funded debit card, has suddenly announced that it will be closing up shop, ceasing all operations and putting the business up for sale.

Litecoin garnered a lot of positive attention from this potential partnership with the digital currency advocating the hype of this payment option. Litecoin’s price received a substantial boost from the news.

However, it was not to be and it has led to Litecoin founder Charlie Lee tweeting an apology and having to field a number of questions about an exit scam due to its abrupt closure.

Writing was on the wall

The hype that was surrounding LitePay reached fever pitch, something that Lee attested to and apologies for.

Like everyone else, we got too excited about something that was too good to be true and we optimistically overlooked many of the warning signs. I am sorry for having hyped up this company and vow to do better due diligence in the future. https://t.co/khIjeHnyZ1

But the abrupt shutting up shop does not really come as a surprise s a statement from The Litecoin Foundation explains:

“The foundation had approached Kenneth regarding his less than transparent nature with the company and to express our, and the community’s, concerns regarding his recent Reddit AMA.”

“It was at this time that Kenneth asked the foundation for more funds to continue operations.   The foundation refused any further funding as he was unable to provide a satisfactory picture of where the money had been spent and refused to go into exact details about the company and show objective evidence to back up his statements.”

This is, of course, a rather big blow for a digital currency that is building itself to be a simple and effective payment system. However, the loss of such a potential partnership, regardless of its legitimacy, is not affecting Litecoin negatively, it statement reads:

“Litecoin was doing perfectly fine before the promise of LitePay and will continue to do so. The ecosystem is far bigger than one company and is continually growing with support from many others with market-ready products joining the space and fulfilling their promises to make it easier for the world to use Litecoin.”

It has also led to a few commentators on Twitter questioning both Lee and his foundation, in making a rudimentary error in judgment on what turned out to be a scam company.