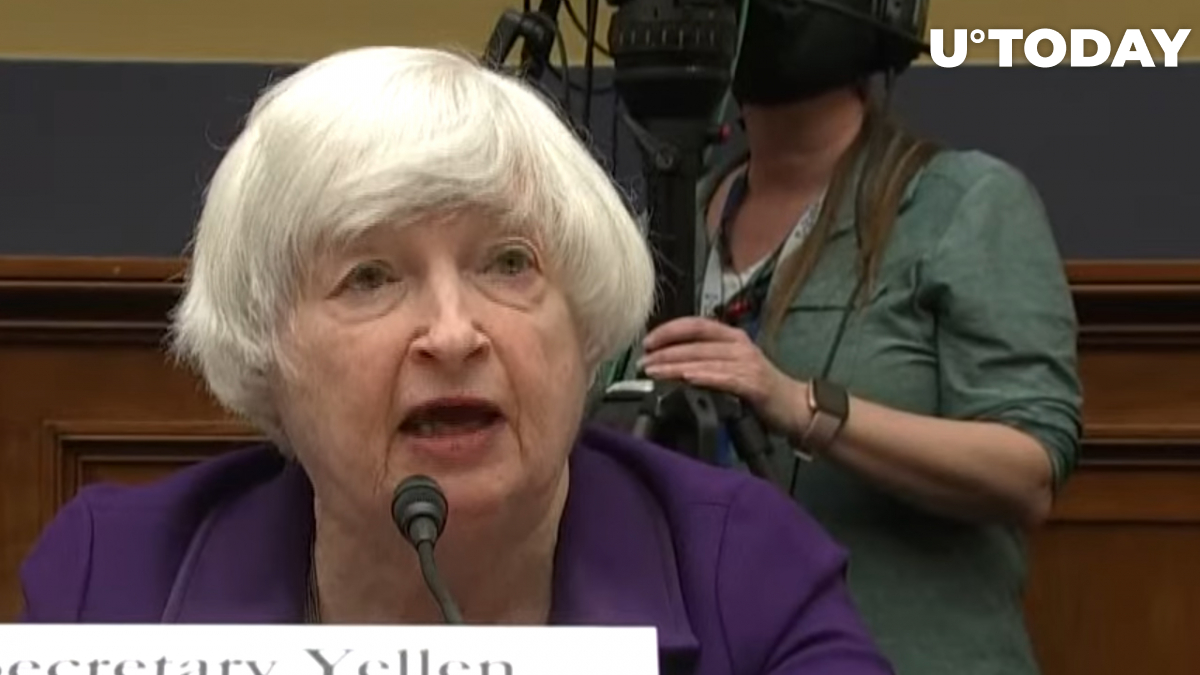 "A stablecoin known as Terra (UST) experienced a run and declined in value…I think this simply illustrates that this is a rapidly growing product, and there are risks to financial stability and we need a framework that's appropriate," Yellen said.

In response, Sen. Pat Toomey (R-PA) noted that UST is an algorithmic stablecoin, meaning that it is not backed by cash or securities.

In November, a regulatory body led by the U.S. Treasury Department issued a report that calls for stricter oversight of stablecoins. It warned that runs could spread "contagiously" throughout the sector, which could also expose the broader financial system to a higher level of risk.

Yellen believes that Congress should pass legislation that would regulate the issuers of stablecoins. She thinks that it would be "very appropriate" to pass it as soon as this year.

Related
Terra (LUNA) Collapses 60% as UST “Stablecoin” Drops Below $0.7
The world's most powerful economist has noted that the outstanding stock of stablecoins is growing at a very rapid pace, which is why there is a need for a "consistent federal framework."

Last month, Yellen expressed her skepticism about stablecoins, claiming that "no one" can assure users that their tokens can be easily redeemed for dollars.

While Tether (USDT) usually stirs controversy due to a lack of transparency, its decentralized challenger, UST, appeared under fire earlier on Monday after losing its peg. Terra's biggest stablecoin dropped below $0.70 before a massive injection of liquidity pushed it back below $0.90. Yet, there are no signs of stability, with the LUNA governance token remaining down 50%.
#Terra News