Is Grayscale in Trouble with Genesis Filing for Bankruptcy? 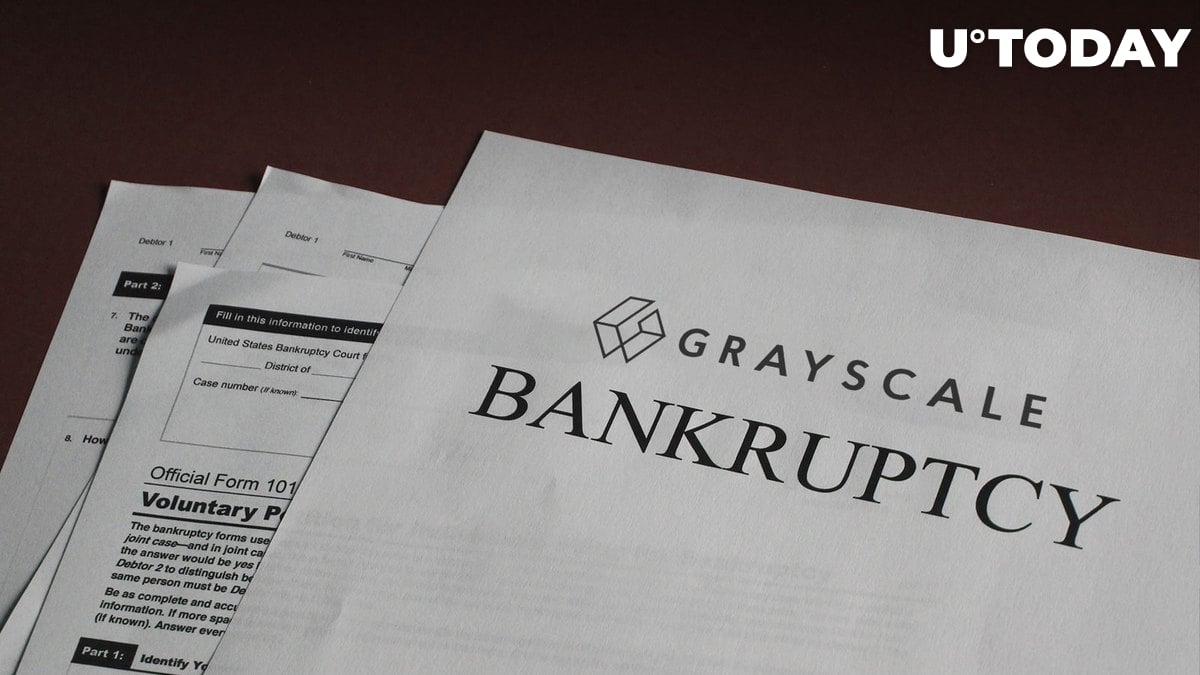 Grayscale is one of the most important companies on the cryptocurrency market, holding the distinction of being the world's largest digital asset manager. Prior to recent events surrounding crypto exchange FTX, it may not have been widely known that Grayscale is owned by Digital Currency Group (DCG), a company that also oversees the operations of crypto lender Genesis.

Following the demise of the crypto platform led by Sam Bankman-Fried (SBF), Genesis encountered liquidity challenges stemming from an ongoing crisis that traces back to the collapse of Terra (LUNA) and Three Arrows Capital (3AC). As a result, the institution-focused crypto brokerage was unable to fulfill withdrawal requests from customers who were concerned about contagion from the FTX crash.

As a result of the exposure of $175 million in assets at the failed cryptocurrency exchange, Genesis was compelled to file for bankruptcy on Jan. 19, 2023. At present, the company holds approximately $150 million in cash, and it is of the belief that this liquidity will enable it to sustain its business operations and facilitate the restructuring process.

This situation has generated significant concern regarding the potential negative impact on Grayscale, given that it belongs to the same group. However, the asset manager has stated that the regulatory framework in place for it and its entities reduces the likelihood of a scenario similar to that of FTX.

It is essential to acknowledge that the purpose of this content is not to spread FUD on the cryptocurrency market, as it is already abundant. The intention is to provide a factual analysis of recent events, to serve as a source of information and to aid in informed decision making.

Grayscale owns one of the world's leading Bitcoin (BTC) funds, GBTC. This fund offers traditional investors the opportunity to gain exposure to the cryptocurrency market without the need to purchase BTC directly. GBTC operates similarly to a traditional Exchange Traded Fund (ETF), in which individuals can purchase shares of the fund, which are based on the value of Bitcoin.

However, amid the events that transpired toward the end of 2022, there was speculation that Grayscale may be facing liquidity issues due to the potential selling of GBTC shares by investors in response to the decline in the value of Bitcoin. These rumors have raised concerns about the company's capability to meet its financial obligations and the overall well-being of the fund.

A warning signal was triggered when Grayscale announced in November that, for security reasons, it would not be conducting a much-anticipated proof of reserves on the crypto market, unlike other major players in the industry.

It is noteworthy that while Coinbase, as the custodian of Grayscale's Bitcoins, conducts regular validations, it does not reveal addresses or any other confidential information, in order to safeguard the security of its products.

Another area of concern is the reality that Digital Currency Group (DCG), the parent company of Grayscale, holds a substantial stake in GBTC. This can potentially lead to conflicts of interest within the company and implies that DCG has a significant level of exposure to the risks associated with this investment, which may not be in the best interest of the overall health of the group.

Grayscale's offerings serve as a valuable tool for investors new to the market, who may not yet be familiar with portfolio management. However, it is important to note that entrusting the custody of one's cryptocurrencies to a centralized company can carry risks. This is confirmed by the experiences of FTX customers.

It remains to be seen whether Grayscale will face similar financial difficulties as Genesis. However, it is clear that this situation highlights the importance of investors conducting thorough research, gaining a solid understanding of the fundamentals of Bitcoin and recognizing the importance of having possession of one's private keys.

It is also crucial to note that when investing in GBTC, one cannot exchange it for the equivalent amount of Bitcoin, which can lead to the creation of two separate markets. In the event that Grayscale faces financial difficulties and declares bankruptcy, it is possible that the funds of many investors could be frozen, leading to further disruption in the cryptocurrency market.