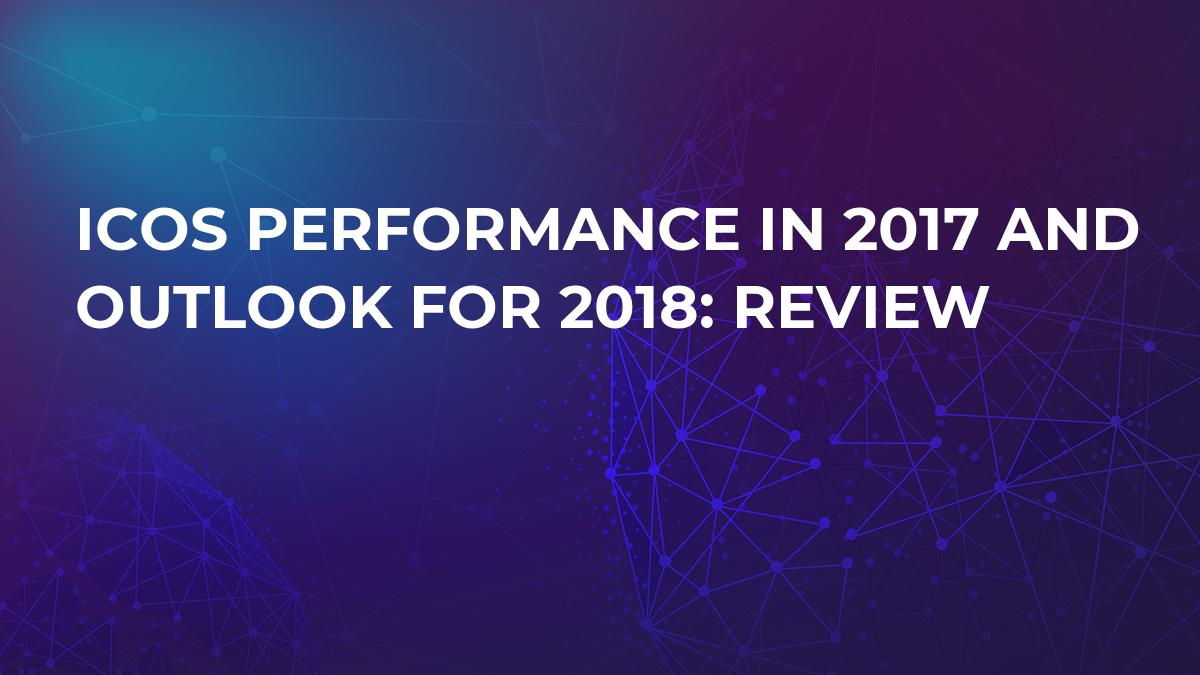 It was a major year for cryptos and ICOs in 2017; they really garnered more attention than ever before. Bitcoin was a major driver of that attention-drawing power because its price went “to the moon” in the course of six months from 3k to 20k by the end of the year.

People were jumping on the Bitcoin bandwagon with the help of Coinbase, which made it easy to buy cryptocurrencies for the average user. Coinbase took in more than $1 bln in revenue in 2017, a large percentage of which it made during the time between Thanksgiving and Christmas.

Besides the Bitcoin craze sweeping the world, altcoins had their days too, and ICO became an acronym that was added to the financial lexicon.

Starting with the bad first.

While there was lots of money raised last year, some estimates put it at $5.6 bln, not all companies were successful after the ICOs.

Many of them, around half of all startups, failed or are in the process of failing.

This is puzzling because the ICOs are raising a lot of investor money meaning that the product or service would have something good to offer. Otherwise, why would investors be laying down their hard-earned cash to support something that has potential, right?

Well, not so much.

Speculation was one of the primary reasons why ICOs raised so much money and then crashed and failed. There were many people out there with the idea that the ICOs would allow them to get rich quick by investing their money in any crypto that came along.

For a time that was sort of true, the crypto market just kept growing and growing, but it was speculative spending that fueled this expansion.

Investors were throwing their money at any newly-launched crypto in hopes of it becoming the next Bitcoin. However, that was not the case.

Many of the ideas behind theses companies were bad, or the founders got greedy and fought each other sending the company out of control, for example, Paragon and Tezos, respectively.

Paragon tried to get into the legal marijuana industry but found itself up against a wall with Federal regulations and gray areas; not a good mix for business. Tezos had all sorts of legal issues and infighting between the founders and partners, which dragged it down into the ground. Somewhere not just bad business ideas but flat out scams.

Amounts listed were how much money was stolen in the fake ICO.

Despite all the failures and scammers, which have now tainted the ICO and brought the attention of many regulatory bodies, there have been a number of successes. EOS is one of the major successes, which looks to unseat Ethereum as one of the primary smart contract coins.

Aeternity is another coin which uses an oracle and state channels to allow users from around the globe to trade in a trustless way with each other. A major indicator for success was that these companies offered a product or a service that benefited the user, not just another way to payment service.

There has been a lot of good, a lot of bad, and a sure lot of ugly that has emerged from the ICO boom of 2017.

From all this chaos will come regulation to settle things down a bit. The scams, however, have been a major black mark on the ICO name, which will require regulation to weed out the bad from the good.

Google and Facebook have also taken a stand on the advertising of ICOs because these companies have deemed them dangerous for consumers.The funny thing is that there are rumors about Facebook being ready to launch its own cryptocurrency.

Conversely, the true beauty of the ICO is that it is unregulated and allows anyone to participate in the ICO, unlike the formal and well-regulated stock markets and securities exchanges, which require a lot of wealth upfront to join.

This year will have more in store for ICOs as they face a more challenging climate to adapt to, growing calls for regulation, and more scrutinization coming down from governments and regulatory agencies. Despite the negative growing climate against ICOs, it should give them all the more they need to adapt, develop, and change in order to beat the negative pressures and regain their former strength with some modifications.