Holo, NANO, NEO Had Huge Week on Telegram. See How It Reflected in Their Trading Volumes

Alex Dovbnya
Holo experienced a week of turbulent activity on Telegram, which contributed to a 226 perecent spike in its weekly trading volume 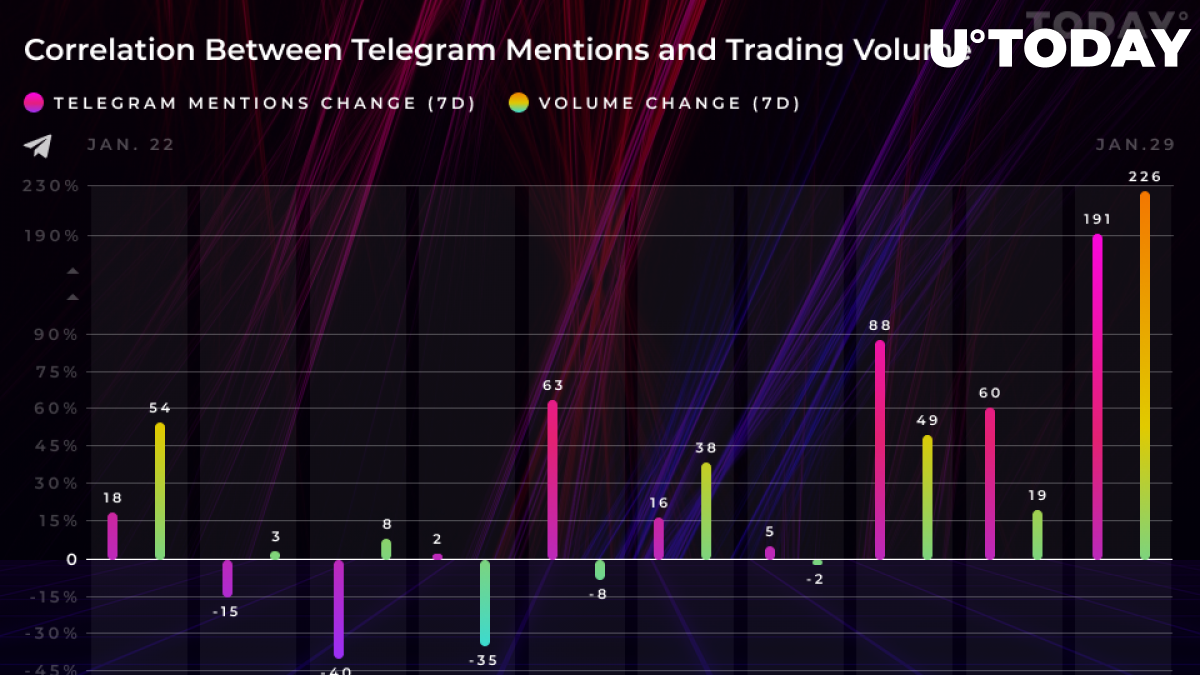 From Jan. 22 till Jan. 29, Telegram users showed plenty of love to Holo (HOT), NANO (NANO), and NEO (NEO), according to a new DataLight study. Subsequently, it was reflected in their trading volumes, which also experienced substantial gains. However, NEO appears to be a black sheep on this list.

Scoring well on both fronts

Holo, the 34th biggest currency, leads the pack when it comes to Telegram mentions with a staggering 191 percent increase over the above-mentioned seven-day period. The coin’s trading volume spiked even more — 226 percent. Tron (TRX) followed the same pattern, but the gap between the gains in Telegram mentions and the seven-day volume change turned out to be much bigger — 18 percent and 54 percent. WAVES (WAVES) also saw its trading volume spike by 38 percent.

XRP (XRP) and Ethereum (ETH), which occupy second and third places, are the only entries on the list with a decrease in Telegram mentions. Notably, NEO, despite being the third biggest currency by last week’s Telegram activity, is witnessing a completely opposite situation with its trading volume declining by 8 percent. Meanwhile, the trading activity of Vechain (VET) dwindled by 35 percent (the worst performing coin on the list) with a minor 2 percent increase in Telegram activity.

Apparently, Uniswap Is Secretly Controlled by Only One Entity
Show all