Jack Thomas
A bearish turn in the cryptocurrency markets has seen the price of XRP fall below a key support of $0.30 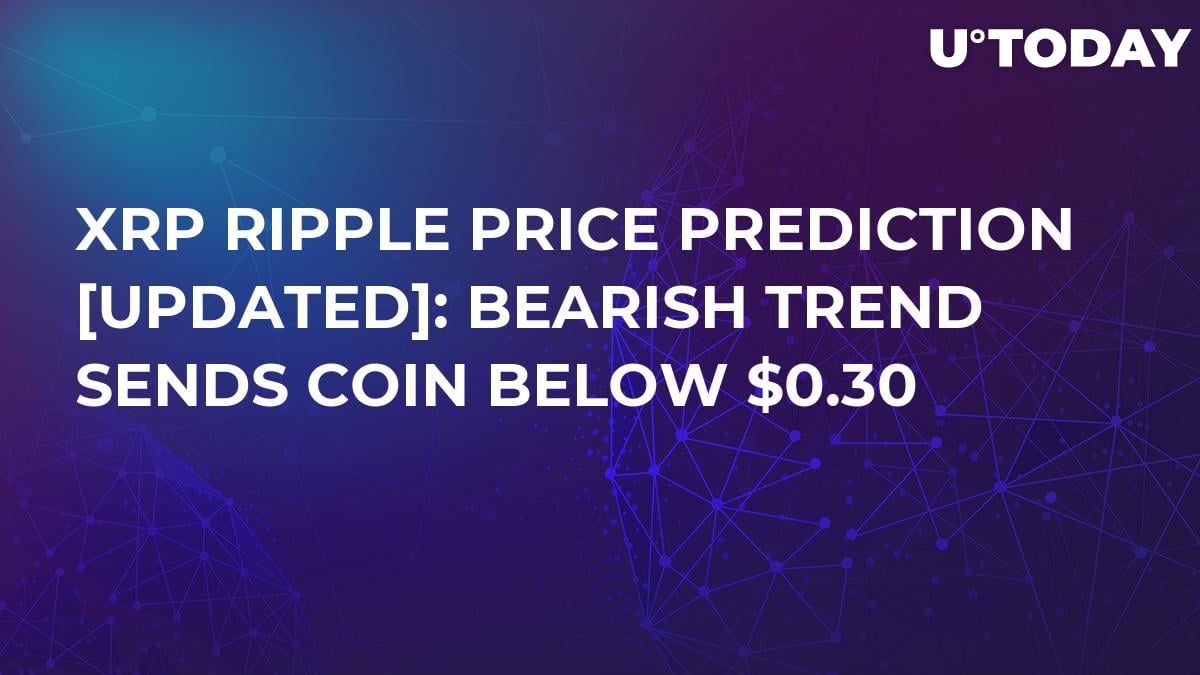 The week has begun on a red note for the majority of the cryptocurrency market as coins across the board are reporting losses. There is a bearish turn that has left very few coins immune, including XRP which has fallen away from its upward prediction.

Ripple’s token has fallen by over five percent in the last 24 hours, which in comparison to some of the other top 20 coins is not too significant. The likes of Tron, Stellar and IOTA have all lost closer to 10 percent of their recent gains.

What is key to note however is that the XRP token has dropped below its resistance of $0.30 trading at $0.29 currently. However, XRP is still the second biggest coin by market cap, besting Ethereum by almost $1 billion in terms of market cap.

XRP recently faced increased selling pressure, resulting in the losses that forced it below $0.31. The XRP/USD then broke the $0.3070 support and the 100 hourly simple moving average.

At the moment, the price is gaining bearish momentum in $0.29 range but this is consistent with the entire cryptocurrency market losing pace.

The next major support would probably be near the $0.2920 level, where buyers are likely to appear.

Reasons for the drop?

While there is no real reason that is tied to the coin for Ripple to be dropping, it should be noted that the entire market is under pressure in terms of investors as there has been news in the ETF arena.

Many feel that ETFs will be a huge boost for Bitcoin and the rest of the market; however, they have been scuppered in the past by the SEC. Now, there has also been news of ETF applications being withdrawn, including the positive looking application from Van Eck.

Many investors would have been holding their position in anticipation of an ETF, which now looks more and more unlikely in the near future, causing a general sell off. This feeling pressure is affecting the entire market, driving coins, like XRP, below support levels.