Yuri Molchan
Earlier today, Ethereum spiked to a new high of $619 but has now pulled back to the $606 level, here's why the surge took place 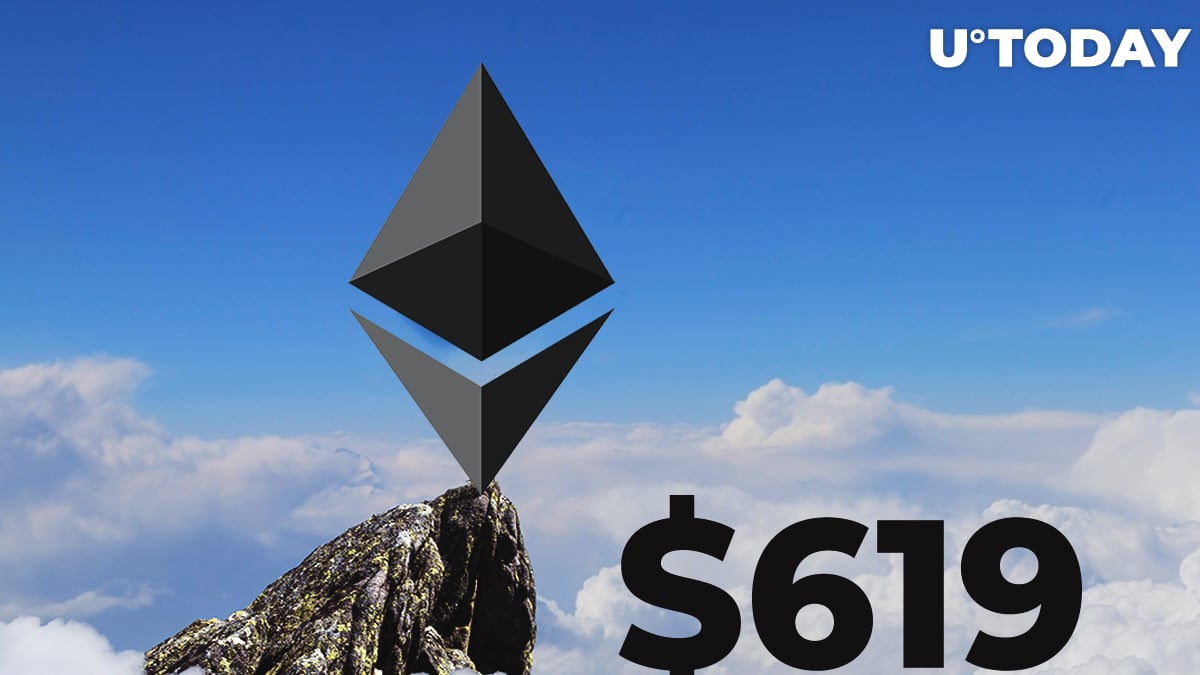 A chart from CoinMarketCap shows that, earlier today, the exchange rate of the second largest cryptocurrency, ETH, soared to the $619 level.

This high price level did not hold for long and the coin then saw a pullback to the $603 mark, sitting at $604 at press time.

Here's what pushed ETH to a new high that has not been witnessed since 2018.

Early on Nov. 24, the good news was spread about the ETH 2.0 contract harvesting more ETH deposited than the target was even set for.

Six days still remain before Dec. 1, the day on which the launch of the long-expected ETH upgrade is scheduled, and the deposit contract already has more than enough ETH locked from validators for the launch: more than 540,000 ETH, or $325 million in fiat.

The initial target set by Vitalik Buterin was 524,288 ETH. On Monday, Nov. 23, the amount of ETH locked in the contract equaled just 50 percent.

Four hours ago, Vitalik tweeted that validators still have about twice the same amount of time to send more ETH to be included in Phase 0 of the ETH 2.0 launch.

Validators have been sending in a minimum of 32 ETH in order to become part of the upgraded ETH network that will be running on the proof of stake (PoS) consensus protocol leaving proof of work (PoW) behind.

Related
All Eyes on Ethereum (ETH) As It Hits $590

ETH hits its highest level since 2018 thanks to DeFi

Apart from the crypto market rally led by Bitcoin, another driver that keeps pushing ETH higher is the general high interest in DeFi, according to CTO of Bitfinex, Paolo Ardoino. Although he talks about the surge to $600 that occurred on Monday, this still shows the overall trend for ETH.

Today's spike in the price of ETH to near US$600 underlines an epic year where we’ve seen an explosion of interest in DeFi.