Denis Sinyavskiy
??With unpredictable moves in the crypto market we found an alternative source of possible income. Check out our stocks list to watch in 2019.✅? 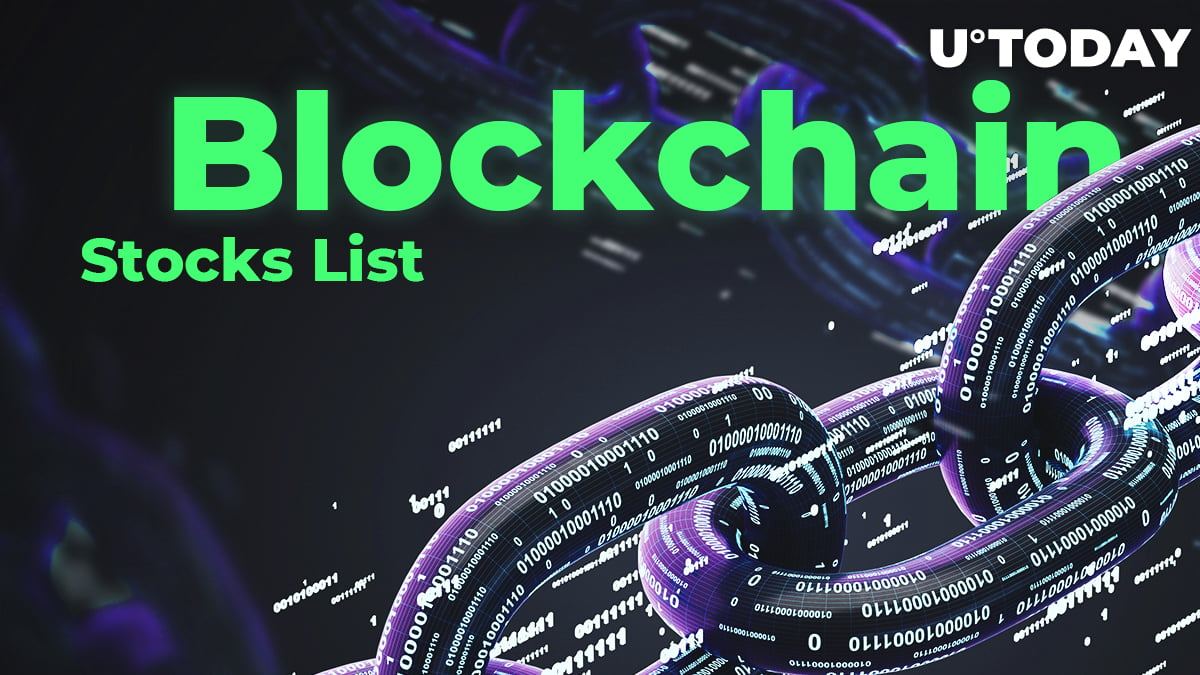 It has begun! Bitcoin is rushing up at a tremendous pace, do you want your ticket to the moon? Today's events around the main cryptocurrency talk about the market’s unpredictability. Only in the last 7 days, Bitcoin added $4,500 in price, and in the last 24 hours lost a third of this amount. With such fluctuations, even crypto enthusiasts should be careful. But, if many people use cryptocurrencies as a speculative asset, then the blockchain technology brings real positive benefits to society, albeit not in their original form. We want to talk about how to make money on the blockchain because this is a much less risky undertaking.

How blockchain became a guideline for investment

Blockchain, without a doubt, has become a revolutionary technology that can be applied in all branches of human life. Already, many huge companies use blockchains to simplify many internal processes: from reducing insurance payments to product quality control. The head of Medici Ventures, Jonathan Johnson, said the following about the blockchain:

We see what the blockchain does to transfer funds the same way that the Internet did to transmit information, and we want to be at the head of this wave of innovation and change.

Of course, the blockchain-related processes affect the stock price of a company, especially when the application of technology grows. Therefore, against the backdrop of an insane cryptocurrency market, investing in the stocks of companies that are actively introducing blockchain into their services seems to us an excellent little risky way to make a profit.

We analyzed large companies that actively use the blockchain in their services, and selected some of the best in our opinion. In fairness, it’s worth noting that there’s a large number of promising stocks and describing everything is not enough for an entire book, because almost all giants implement the technology into their processes. Here are our favourites.

IBM can be called the pioneer of blockchain technology among large companies. Although its leadership in the IT field is unlikely to return, IBM is actively moving toward blockchain-related projects, which number already exceed 500. Of the clearly successful services, CLSNet can be distinguished, which is used for making payments. The other one is IBM Food Trust — a special service designed for Walmart, designed to simplify product quality control.

It's all about the platform Hyperledger Fabric, which allows creating blockchain-related products. IBM is a kind of Bitcoin among companies using blockchain technology. Therefore, the company's stocks will definitely be the right choice to replenish the investment portfolio.

IBM stocks show growth for 3 weeks in a row, and there have been no significant corrections. At the moment, the stock price is in the corridor of $138-140. If the upward movement continues, we can expect an update of the annual maximum of $145. Moving averages indicate that now is the best time to buy IBM stocks.

Chinese e-commerce giant Alibaba is almost as good as IBM. Their Blockchain-as-a-Service (BaaS) platform also allows creating solutions based on technology. Alibaba is actively developing and after the start of cooperation with the American and European markets, the stock price has crept up.

Also, it’s relatively well known that the company is investing in cryptocurrency projects, for example, Tron. Despite the official attitude of the Chinese authorities towards cryptocurrencies, Alibaba doesn’t stop its blockchain-related services, and that says something.

Today, the price of Alibaba stocks is around $170. Throughout June, there was a gradual increase after the May fall, caused by the intensification of the trade war between the United States and China. Against the background of the latest news, it’s possible to make a forecast about the subsequent rise in stock price, technical indicators also speak in favour of this theory.

Accenture is the largest consulting company with a staff of 450 thousand people. The company actively implements blockchain-related services to speed up business processes and increase the efficiency of business outsourcing and logistics processes.

Company stocks have grown in price all throughout 2019 with two minor corrections. Now, the stock price has reached $184. The movement of the course and technical indicators are talking about another correction. It may be a good time to enter the market.

One of the largest online retailers in the United States. Overstock, also knowns as O.co, from 2013 began to support the ​​cryptocurrency idea and accept Bitcoin as means of payment. The company manages the tZERO exchange, which for many years has been at the blockchain revolution forefront and has been working closely with regulators since 2015. The company has released the world's first alternative trading system for blockchain assets, which meets SEC requirements, as well as the first issue of bonds using the blockchain and the world's first security on the blockchain.

Now may be the best time to buy Overstock stocks, because the last time the price was this low was about 3 years ago. Today, the company's stocks are trading around $14. All technical indicators point to a further increase in asset prices.

SAP is a software development company for organizations. Their solutions are applied in 25 business sectors. Of course, it’s impossible to attribute the company to the leaders in implementing blockchain technology because of its size, however, with such a capitalization, SAP plays an important role in popularizing the blockchain.

If you look at the SAP stock price charts, you can see steady growth over 6 months. At the beginning of 2019, the company's stock price was $96, whereas today it’s already $135. The price set an all-time historical maximum.

The company doesn’t require a special presentation, as well as its type of activity. Mastercard is actively developing blockchain-related solutions to improve customer service. The main tasks are speeding up transactions, reducing commissions, but the main thing is to increase the level of service security.

As with many of the listed assets, Mastercard shares in 2019 steadily climb up. Having pushed off from the bottom of $176 at the end of 2018, the price has already reached $262, practically without being subjected to falls and corrections. Most of the technical indicators show the prospects and growth of the asset in the future.

The company is one of the founders of the Hyperledger consortium and the project and also collaborates with the Tech Bureau using the NEM-based Mijin blockchain-based management tool, whose number of customers is 150 million.

Hitachi shares showed excellent growth over the past year, adding 478%. At the beginning of autumn 2018, the price soared from $6 to $33, and today it’s in the area of ​​$36. Growth continues today.

Related
Facebook Libra’s Partners in Doubt Regarding the Coin and Could Back Off: New York Times

Speaking globally, stocks of giant companies are always stable. We would like to add another small list of those, but in a shorter format:

As you can see, investing in cryptocurrencies can have a slightly different look than buying Bitcoin or alts. Moreover, investing in the use of technology blockchain looks much more stable and less risky, especially looking at the events of today's market. Of course, profits will not be so big, but the chances of losing capital are much lower.

You can buy the company stocks described by us, or you can search for your own ways. Today, the use of blockchain-related services is not a novelty or something unique but has become a part of everyday life. Thank Satoshi for that.