What Will Happen When All 21 Million Bitcoins Are Mined?

George Shnurenko
Only 21 mln Bitcoin can be mined. Find out what will happen when all Bitcoins are mined. 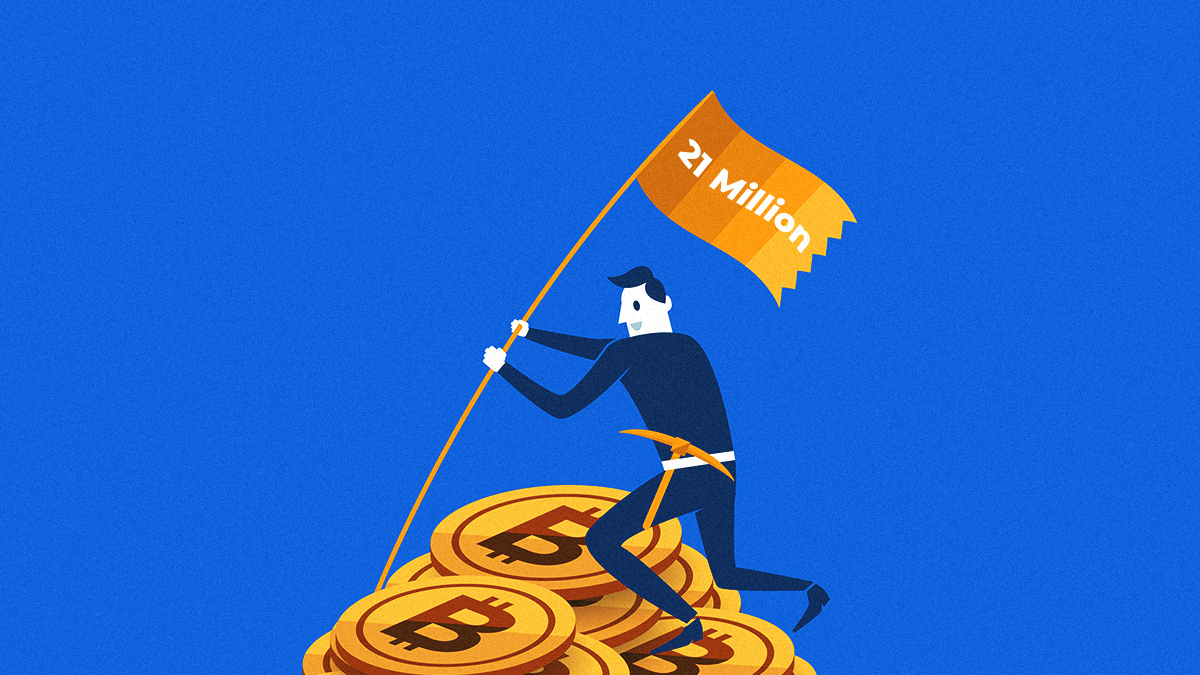 Bitcoin remains a popular cryptocurrency even today and a large number of investors use it as their money machine all over the world. However, there is only a limited supply of the coin that could ever be mined due to its deflationary nature.

Yes, only 21 mln Bitcoin can be mined and this limit often initiates a new debate on what will happen when all Bitcoins are mined. Before we get into the details, let’s first take a look at where we stand today.

On Jan. 13, 2018 the Bitcoin ecosystem marked a major milestone as the number of total Bitcoins mined reached 16.8 mln. The milestone really had great significance as it translated into 80 percent of total Bitcoins mined to date. With only 20 percent of mining supply left behind, calculated predictions suggest that miners would be able to reach the 21 mln hard cap by 2040.

So, the question arises again, what’s going to happen then? Will the Bitcoin ecosystem be able to survive afterwards? Will it still be profitable for the miners?

Before getting the answers, let’s first find out how Bitcoin mining actually works.

Bitcoin mining is a hashing process in which computers are used for solving complex algorithms. On every successful solution, a new block of certain transactions is created as well as added to Blockchain. Blockchain is actually a public record that carries all the Bitcoin transactions.

When Bitcoin transactions take place, first they are broadcasted across the network and afterwards they are added to Blockchain through miners. So, the hashing process plays a critical part in deciding exactly which transactions will get the precedence as all the transactions can’t fit within just one block. If the mining process is stopped, the entire system might collapse.

For compensating the efforts put in by miners, new Bitcoins are awarded to them. Additionally, miners also receive a certain transaction fee in relation to all transactions confirmed by them in their specific block. That means, the miners get the payment twice:

The process appears quite smooth and easy going up till here. The interesting part is that there’s a certain limit on total Bitcoins mined and that raises questions we talked about earlier in the introduction. So, let’s try to find out some answers.

How will mining all 21 mln Bitcoins affect miners

Probably, the direct effect of the Bitcoin supply limit being reached will be on the miners themselves. According to critics, as soon as we’ll have the last Bitcoin mined, miners won’t be able to get block rewards anymore for all the mining work they do. And, if that happens, miners might have to depend on the transaction fees for maintaining their operations.

There’s an argument propelling that miners will then find it all unaffordable and hence there will be only a few miners left behind. This argument works on the assumption that only transaction fees won’t be sufficient for keeping miners financially solvent after the completion of the mining process. It is very much possible in the future, however, that the mining costs and transaction fees will break even.

It’s not really hard to imagine that the mining chips are going to get highly efficient as we go several decades down the line. As a result, the burden on miners would be lowered significantly allowing mining to be possible with meager initial cost. In addition, transaction fees can also be expected to increase making it easier for miners to survive.

It’s fair to say that the next process of reducing the mining award is scheduled for May 24, 2020. Halving is the complication of Bitcoin mining by dividing the block mining rewards. Now the reward for one block is 25 BTC, but in May 2020 this number will turn into 12.5 BTC. The halving occurs approximately every 4 years. Thus, Bitcoin mining will rush to zero.

How will it affect Bitcoin price

There have already been several instances where Bitcoin price hiked so much to see its all-time highs within few months. Though nobody can be sure of exactly how the crypto coin will continue spreading across a bigger financial market, it appears as if currency’s limited supply will cause its prices to keep on rising.

In addition, there are piles of inactive coins being held all over the world. And, the maximum number of such coins belongs to Satoshi Nakamoto, the person who actually founded Bitcoin.

It has probably been saved intentionally for the time when there’s a global demand surge.

How can Bitcoin survive after all Bitcoins are mined?

Well, basically, there are three key pillars which can be expected to keep Bitcoin ecosystem functional once we have even the last Bitcoin mined and Bitcoin supply reaches its maximum limit. They’re all described below along with how they can help keep the ecosystem functional.

As the Bitcoin network continues to grow popular, we’re seeing these fees rising as well. Despite the fact that they’re very much on the lower side as compared to hashing reward, we can expect them to rise as time goes on. So, we can expect transaction fees to grow enough in the future to make sure that miners stay on the Bitcoin network and that the network continues to thrive.

2. The value of Bitcoin

In the ideal scenario, there needs to be a significant increase in Bitcoin’s value. In fact, that’s going to be the only option for transaction fees to be enough of an incentive for miners. And the interesting part is that the structuring of Bitcoin is such that it continues to see its value rising regardless of how many Bitcoins have been mined and how many of them are still left behind.

With a finite supply of the currency it is ensured that its demand rises, and with an increase in demand, the value goes up automatically. The increase in value of the currency will, in turn, increase the fees that miners will be able to receive. In addition, with high Bitcoin value, the users will always be ready to pay higher for ensuring quick confirmation of their transactions.

It is also possible that as technology continues to advance, we might see mining costs coming down significantly in future. And, when it happens, it will also result in a significant reduction in investments miners have to make for trading. With lower operational costs, even lower rewards than what they’re right now would be very much accepted as higher ROI will still make the business profitable.

As a final thought, there are actually several ways in which Bitcoin mining might remain profitable even when total Bitcoins mined reach 21 mln and there are no more block rewards. As block reward will be diminished gradually over time, miners will have enough time to adapt themselves to depending on the transaction fees rather than revenues generated by their mined coins.