George Shnurenko
If you want to start mining ETH, a usual PC won’t be enough– find the best rig for Ethereum mining 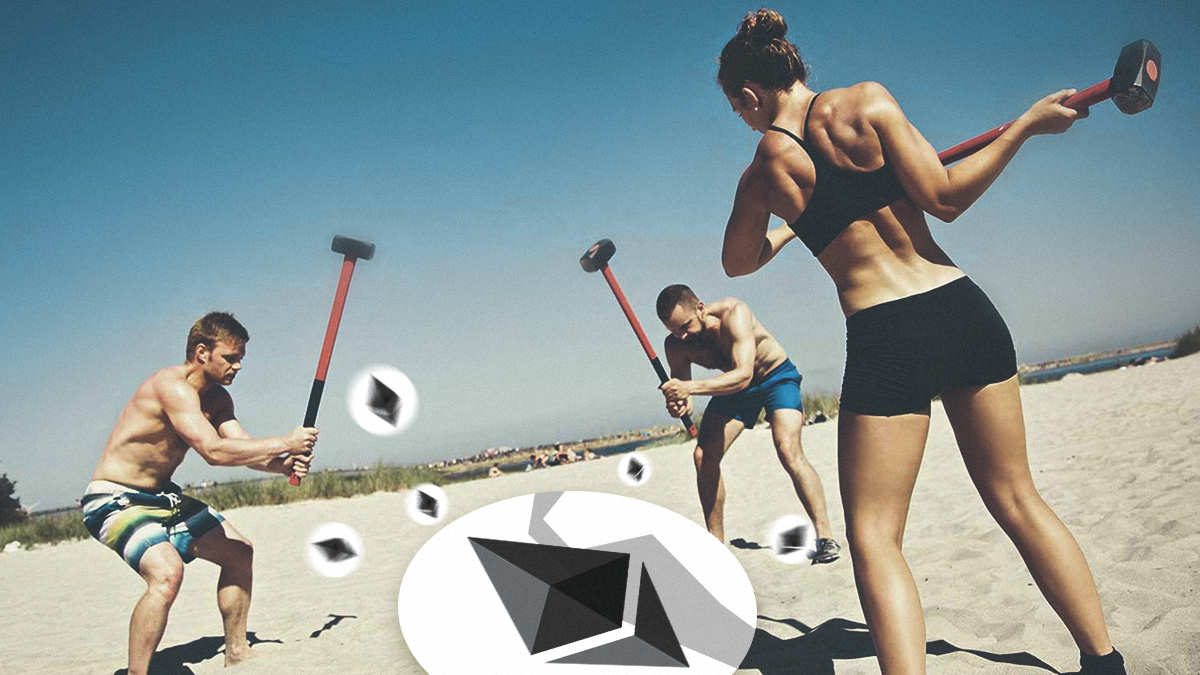 Just like any altcoin, Ethereum is becoming harder and harder to mine – now you can’t get the precious coins by simply running software on your smartphone or laptop. If you want to play big, you need the best mining rig – Ethereum cannot be obtained otherwise. To help you make an informed decision, we’ve prepared an instruction on how to build the best Ethereum mining rig, and the list of best hardware solutions.

Let’s start with reviews of the best five GPUs.

Although it appeared on the shelves recently, many users claim it’s a suitable solution the best rig for mining Ethereum. You can mine Ethereum 33 MH/s consuming about 200 watts, and the hash rate can reach 41 MH/s while you’re using 135 watts only. You can upgrade your mining rig with 4-6 GPUs like that and become a real monster of mining!

The vast majority of GPUs consume at least 110-180 watts, but if you need the best budget Ethereum mining rig, select Nvidia GTX 1070 – it can save a lot of electricity. This device can reach the hash rate of 30Mh/s requiring only 100 watts. It’s way more powerful that the vast majority of AMD solutions present on the market today.

To outperform competitors and create the best mining rig for Ethereum, you need a truly powerful GPU. This is what Radeon R9 295X2 is about: it gives you the highest hash rate of 46 MH/sec and the total return per year will be about $580– that covers the market price of $600 almost fully. Although Radeon R9 295X2 is pretty expensive, it’s the best hardware for mining Ethereum, and your investments will be compensated with the time being.

It used to be among solutions for the best Ethereum mining rig 2017, but now it’s a bit overpriced. Radeon R9 HD 7990 will cost you $680 and provide you with a hash rate of 36 MH/s– not the best quality/price ratio, isn’t it? However, if you simply need a reliable and long-lasting GPU, you can go with Radeon R9 HD 7990.

A non-expensive and best hardware for Ethereum mining? Yes, such options still exist. Try Radeon RX 480– it’s the most economical solution from the point of energy saving. Although it has a hash rate of 25 MH/s, you can combine six GPUs for excellent efficiency and forget about unbearably high electricity bills.

If we were to name six best Ethereum mining rig solutions, we would include Gigabyte GeForce GTX 1070 in this list. With an average power consumption of 225 watts, it reaches a very high hashrate without heating up seriously. To make best Ethereum mining rig, build a system of three to six such GPUs, and you’ll enjoy a successful mining – even without optimization, this card does its best.

Those who strive to create the best Ethereum mining rig should combine the best hardware components. As soon as you get a frame for the rig (you can get the best six GPU mining rig case for Ethereum on forums – there are lots of great handmade frames tailored to that), you need to buy the following:

Fixing it all together isn’t as hard as building the best Ethereum mining 100 GPU rig – it’s not a farm. You just need to fix the motherboard and GPUs with riser cables first, then connect power and install fans. Don’t forget that you’ll need a computer to set the things up. With the best hardware mining, Ethereum becomes a simple and problem-free task.

Building the best mining rig for Ethereum 2018 has become a bit harder than in the previous year – the requirements are harsher, and getting the coins is a more challenging task. However, if you find optimal hardware and optimize it for better performance, your investments will certainly pay off.