George Shnurenko
Whether you decide to mine alone or in a group, here’s a list of 10 best mining software 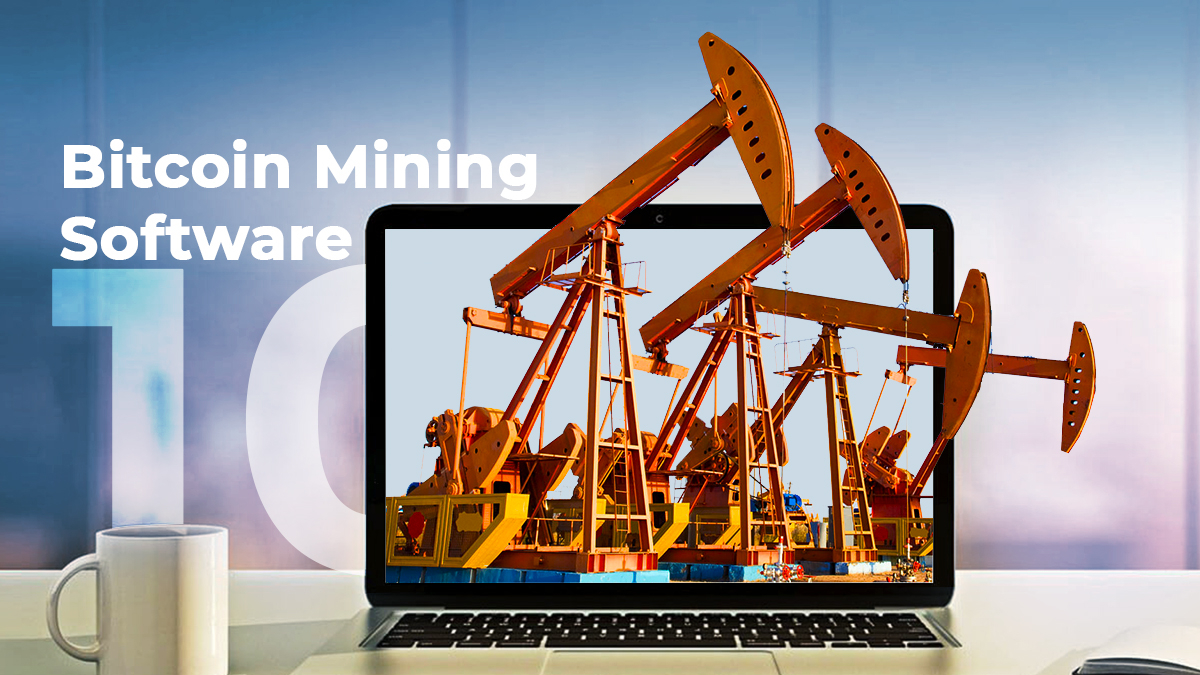 Bitcoin mining is concerned with how transactions are verified and confirmed on the Blockchain network and this is done using special tools and equipment.

What is a Bitcoin mining software?

A Bitcoin mining software works in collaboration with the relevant hardware to solve computational algorithms on the network and execute these transactions.

Steps to becoming a Bitcoin miner

Becoming a Bitcoin miner involves getting the best Bitcoin mining software. However, this is not all. Here are some other things you need to do.

What factor should be considered before mining

Mining is no small feat. It is not surprising that there’s a high demand for some of the best Bitcoin mining software for windows. Before you become a miner, you need to research and strategize. In the course of your research, you’ll realize that certain factors rank highly in the scale of preference and you must give these factors serious thought.

In essence, what should you consider?

It sounds like a whole lot of work, but really, it isn’t. After you settle these considerations, move on to some of the best mining software for Bitcoin and other currencies.

CGMiner is a Linux-based software which was coded in C. For about six years now, it has enjoyed widespread usage among cryptocurrency miners and this is largely because of its compatibility. It uses a command line interface as opposed to GUI. However, it remains a very user-friendly interface. For example, the speed of the fan can be changed using very easy keyboard commands.

CGMiner was designed for hardware mining, although this does not stop you from using CPUs and GPUs. Also, when you consider the best Bitcoin mining software windows 10 works with, CGMiner is probably not going to be mentioned. This is because several anti-virus software blocks the download. The lack of a GUI might be a turnoff for some, but it doesn’t dispute the fact that this is a top-notch Bitcoin mining software.

This is GUI-based and it is ideal for both Windows, Linux, and Android. Just as the name implies, it makes mining easy with its interactive GUI. When you set it up, the software is in a default “MoneyMaker” mode and this mode creates a wallet for Litecoins. In addition to this, it begins mining using the machine’s CPU instantly.

EasyMiner also serves as the frontend for mining software without GUI like CGMiner and CPUMiner. This makes it possible to dedicate your CPU and GPU to mining Litecoins while ASIC is dedicated to Bitcoin. The dashboard lives up to the hype and it is incredibly easy to navigate, change the mining pool, adjust the network settings, and carry out other activities.

Just think of a CGMiner which was designed to work with application specific integrated circuits (ASICs), and you will end up with BFGMiner. This feature makes it arguably the best software for Bitcoin mining. Also, it is ideal for cryptocurrencies using the SHA256 mining algorithm. Like other popular mining software, it allows you to connect to multiple mining pools.

Also, it allows you to save electricity costs by limiting the connection when a particular mining pool is not reachable. It is also an open-source software, and like CGMiner, it offers a command line interface. Because of how versatile the software is, it can also be considered as the best Mac Bitcoin mining software.

This miner is available for Windows 10 and 8.1. The UI is easy on the eyes and the software boasts other factors which. The power saving mode, the support provided in mining pools, and the rapid share submission make Bitcoin miner one of the best mining software for Bitcoin.

Like many other Bitcoin mining software, Bitminer was introduced in 2011 and it boasts 450,000 registered users. The software offers flexibility and using it is considerably easier. However, considering the number of users, you might need to invest more in a reliable ASIC miner to gain ground when you join.

Basically, this mining software is excellent because it has the ability to make the process easy. It provides detailed instruction on how to connect to a pool after the software has been installed. In addition, those really confusing terms are clearly defined in this piece of software.

After the setup, the software automatically performs a scan and then detects the hardware being used. MultiMiner then provides details about the hardware which relates to the mining process. The fact that it can also display your projected profits make MultiMiner one of the best free Bitcoin mining software.

Although this software is free, you have the option of sending 1% of the profits you make from mining to the developer. It is not compulsory and you’re free to opt out at any time.

BitMinter uses special mining pools which bear exactly the same nomenclature. It is also very easy to use and the process of getting paid makes it more attractive. This is regarded as one of the best software for mining Bitcoin as it supports Windows, Mac, and Linux. Although you get the software for free, it charges 1% commission for mining with them.

This Bitcoin mining software is free and open-source. It was also released by two members of the Bitcoin community in April 2011. It also provides support for RPC, w/LP, and MMP. In addition, the kernel loads automatically and it was promised that irrespective of the source of a new and more efficient kernel, the better version will always be adopted.

This is an open source miner which offers dynamic frequency scaling, allowing the miner to automatically select frequencies with high hash rates. It also works without Xilinx software or license.

This is a ‘getwork’ CPU mining client which is used for mining Bitcoin. It is a Python-based toolkit and it is used to provide a reference implementation which can be studied. If you want to begin mining using this software, you are required to build and run Bitcoin from source on your PC. Although the project was announced over 7 years ago, it is still quite slow compared to other Bitcoin mining software. This is because it is pure-python.

”What is the best software for mining Bitcoin?” Well, this question has 10 different answers you can pick from now. Based on the hardware you have available and the scale of your mining operation, you can begin mining using any of the software recommended.