Yuri Molchan
Grayscale acquires almost $2 billion in Bitcoin and other crypto in merely one day; meanwhile Bitcoin has turned into a $700 billion market cap asset 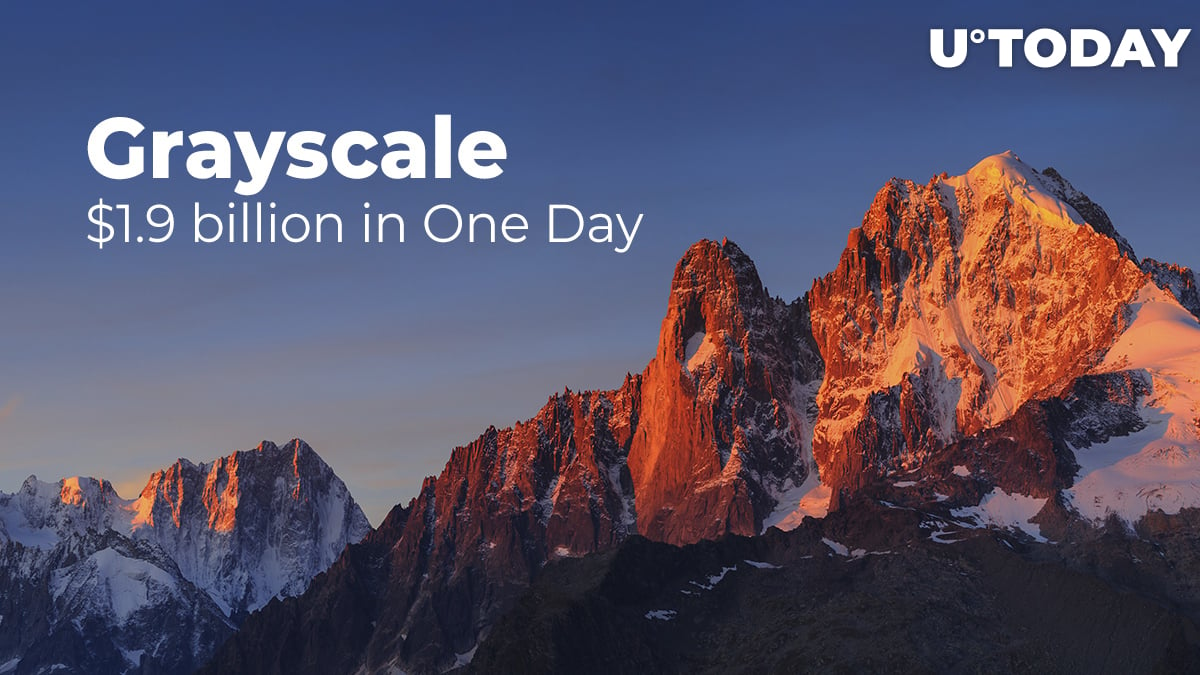 The world's largest crypto management fund, Grayscale, has increased its crypto holdings by almost $2 billion in merely one day (as of Jan. 6).

In the meantime, Bitcoin's market capitalization has reached a new all-time high of $700 billion, according to the tweet by Anthony Pompliano.

Grayscale Investments fund, spearheaded by Barry Silbert, has announced on its Twitter page that the total amount of crypto AUM it holds now equals a mammoth $25.2 billion.

The announcement was made on Jan. 6.

Peter Schiff takes another jab at Grayscale and CNBC

On Jan. 6, CNBC's Squawk Box show brought on Kevin Warsh, a former Federal Reserve governor, as a guest and asked him to comment on the current Bitcoin rally.

Peter Schiff tweeted that the CNBC host wasted the guest's time on Bitcoin in order to "pump their favorite asset and appease their largest advertiser"—which is Grayscale, with its revived "Drop Gold" Bitcoin promotion campaign.

Besides, as reported previously by U.Today, in 2021, the company intends to come up with a new ad for BTC.

Related
Peter Brandt Weighs In On Bitcoin’s Historic Ascent to $37,000

Earlier today, Bitcoin influencer Anthony Pompliano took to Twitter to announce that Bitcoin had reached another all-time high—this time in the value of its market cap.

Pomp tweeted that BTC was worth a whopping $700 billion. At press time, however, this metric value equals $690 billion.

Bitcoin itself has surged to another all-time high, spiking above the $37,000 level.