Yuri Molchan
Grayscale now manages $12.6 billion in crypto after acquiring $137 million worth of Bitcoin over the past twenty-four hours 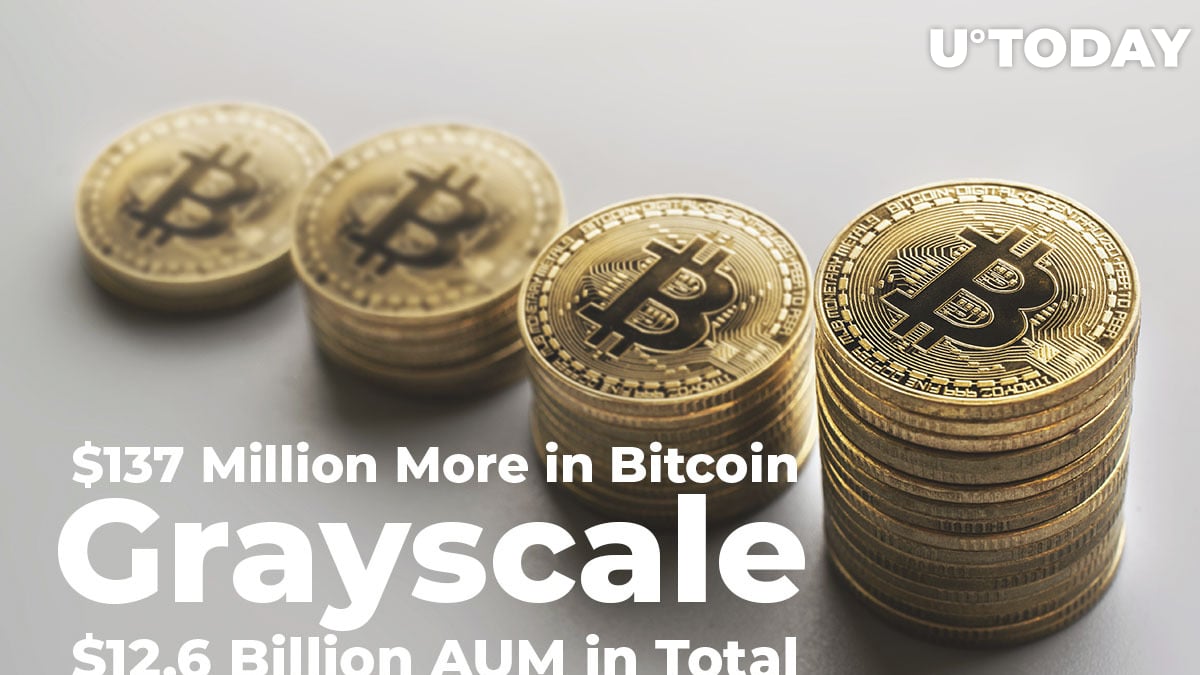 According to data shared by Bybt analytics service, over the past 24 hours, Grayscale Investments fund spearheaded by Barry Silbert acquired another large amount of BTC.

Over the past 24 hours, Grayscale Investments fund added another $137 million to its Bitcoin holdings, allowing financial institutions buy more of its Bitcoin Trust (GBTC) shares.

Grayscale tweeted on Thursday that, now, the amount of digital assets under its management now totals a whopping $12.6 billion.

Vocal Bitcoin critic Peter Schiff has recently referred to Grayscale, calling it the biggest Bitcoin buyer, expecting the company to turn into the largest BTC seller when "the bubble pops."

Schiff went at Grayscale for relaunching its viral Bitcoin vs. gold television ad and rebuking the investment fund for manipulating the Bitcoin market and pumping the coin's exchange rate via paid ads on CNBC.

Schiff also stated that the media giant pays back for these ads by inviting Bitcoin supporters as guests and keeping Bitcoin critics away from the air.

As reported earlier by U.Today, Peter Schiff also slammed PayPal for choosing to embrace Bitcoin and other top cryptocurrencies rather than allow its customers to use gold to purchase goods from 28+ million vendors in 2021.