GPU Prices Plummeting in South Africa in Synch with Bitcoin

Alex Dovbnya
GPU sales have been resoundingly tanking since the whole crypto market went downhill, and it took a toll on the prices of graphics cards 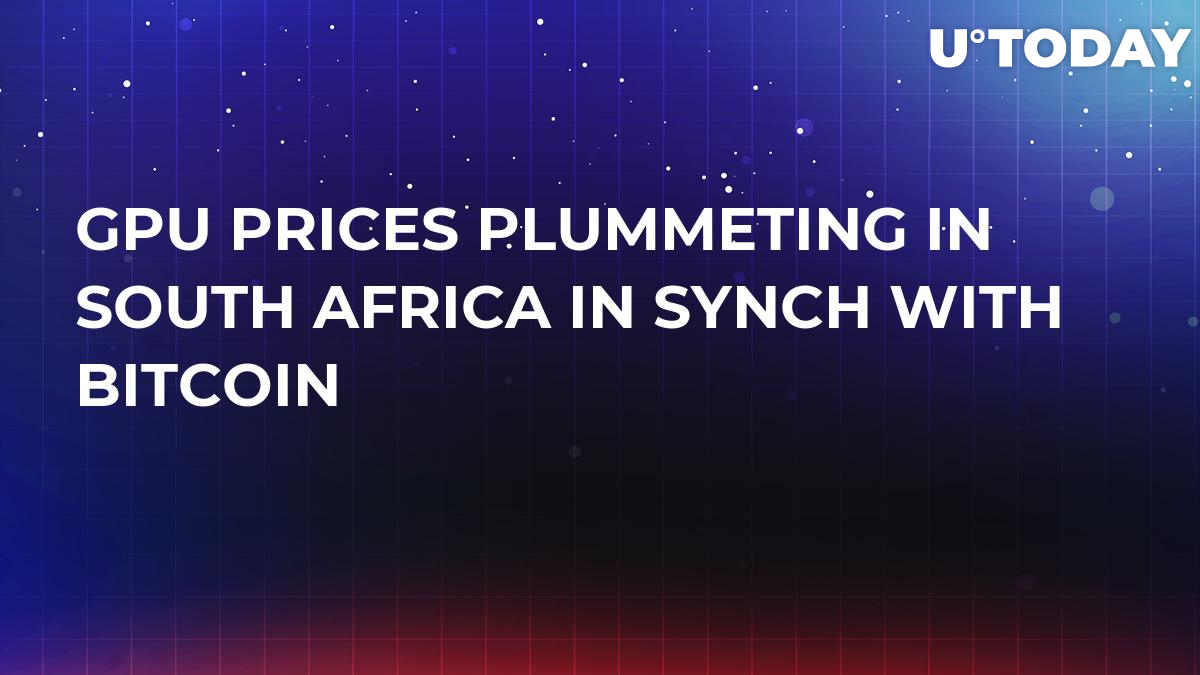 The prolonging crypto rout has its silver lining – insanely cheap graphics cards in South Africa. While cryptocurrency traders are scratching their heads, gamers can finally rejoice, but the situation doesn’t seem so black and white.

The front-loaded success of GPUs

After Bitcoin’s price peaked at $20,000 back in December, everyone wanted a piece of the nascent industry, and the sales of GPU miners witnessed a substantial increase. Subsequently, major manufacturers in the likes of AMD could get a free pass when charging high premiums since the demand was certainly there. On top of that, it was rather difficult to purchase such a card for South African miners, which inflated the price even more.

However, things have drastically changed since market bears started ruling the roost – big-name GPU manufacturers kissed goodbye to crypto after disastrous earnings. The profitability of cryptocurrency mining is decreasing with every chart drop, and even Bitmain, the leading ASIC manufacturer, is struggling with the yo-yo market.

It takes a cursory look at PC-oriented forum Carbonite in order to make a conclusion about the current state of the mining industry. There are plenty of mining cards on sale at more than reasonable prices.

For instance, Radeon RX 580 will set you back as little as 1500 South African Rand (about $105 USD). The author of the MyBroadband article himself claims that they were forced to sell their graphics cards at very low prices after dismantling their mining rig, which confirms the fact that GPU mining is done for good.

Not so fast, gamers!

Due to a rapid decline of crypto mining, many gamers are tempted to shell out some bucks on extremely cheap GPUs. However, buying a graphics card that was used for mining is highly venturesome. Aside from removing your warranty, mining also takes a toll on the card’s functionality under heavy loads.