David Dinkins
Germany modernizes their tax rules and sets a precedent for the rest of EU, says direct purchases of goods and services using crypto is not taxable; neither are mining rewards 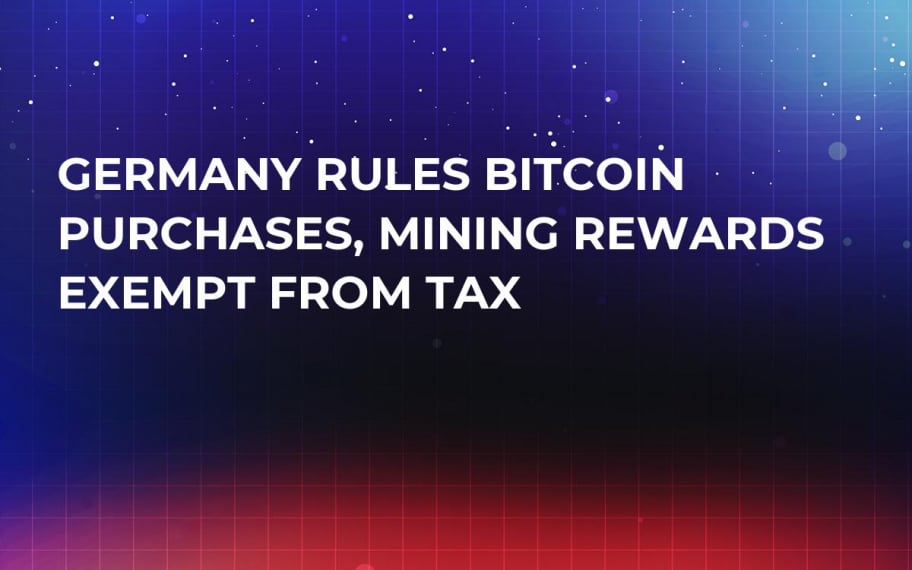 Germany’s Ministry of Finance has decided not to tax people who use Bitcoin to make purchases of goods and services. The Ministry of Finance based their decision on a ruling from the European Union Court of Justice in 2015. Germany’s interpretation of the court’s ruling is likely to set a precedent throughout the entire EU. The finance ministry wrote:

Germany’s decision is also a boon to miners, as the Ministry of Finance also determined that block rewards earned through mining should not be taxed. However, ordinary crypto investors who convert their holdings directly to fiat will still be taxed.

In the US, the IRS still regards cryptocurrency as property, meaning that every time you pay for something using Bitcoin, the tax authorities treat it as if you sold real property. In other words, when you pay for coffee using crypto, the IRS says you owe capital gains on the $5 worth of digital currency you spent.

Under US law, the buyer of that cup of coffee must compute their cost basis for the cryptocurrency they used in the transaction. Then, the person must use first-in-first-out (FIFO) accounting methods to determine if the “sale” of their crypto is a long-term or short-term gain. Finally, they must declare the transaction on their taxes and pay the appropriate amount.

If you bought Bitcoin at $2,000 per coin and bought your $5 cup of coffee when Bitcoin price was $10,000, your “capital gain” is $4. If you’ve owned that Bitcoin for more than a year, you’ll pay a more favorable tax rate (either 0, 15 or 20 percent) on that $4. If you’ve owned your Bitcoin for less than a year, you’ll pay your nominal tax rate. Thus if you are in the 25 percent tax bracket, you’ll owe the IRS exactly $1 in taxes for that transaction.

Congressman Jared Polis submitted the “Cryptocurrency Tax Fairness Act” to Congress last fall, attempting to streamline the tax code with respect to digital currencies. His act would have provided a de minimus level of $600, exempting all crypto purchases under that amount from taxation. Congressman Polis tried to get the language added to last year’s major tax reform package, but Congressional leaders demurred.