Urvashi Verma
Fueling the ascent of Bitcoin Cash (BCH) to a top performer in the cryptocurrency market are changes in block-size and smart contracts, not “coin burning,” say experts 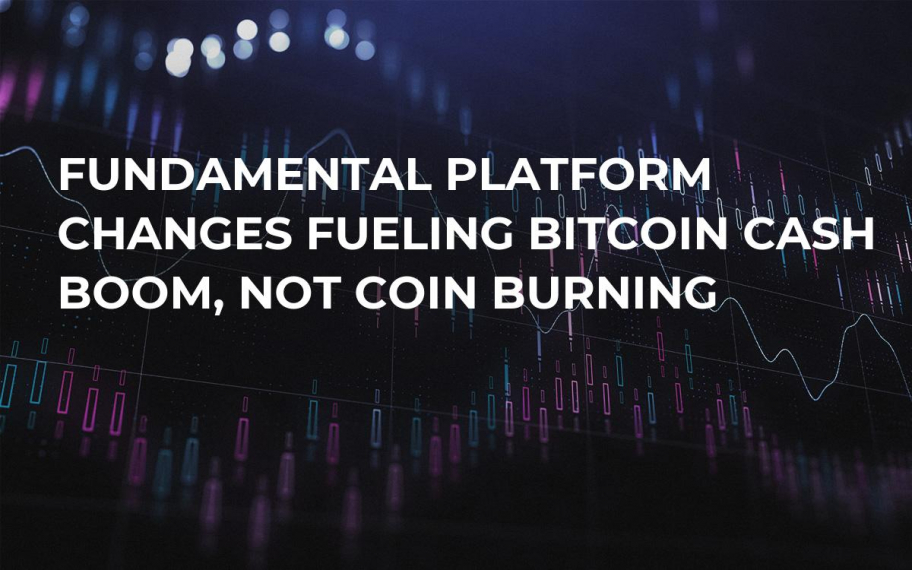 Bitcoin Cash price has skyrocketed by nearly 100 percent in the past week, breaking above its critical resistance level of $1,400 during the Asian trading hours yesterday to reach $1,474.44 from $778.62 where it was last week, according to data from Coinmarketcap.

Unlike speculative rhetoric that miners are burning BCH coins to reduce supply and drive up value, experts say that anticipated changes to block-size and smart contracts may be playing a more fundamental role in the rise of BCH prices.

Changes to a 32MB block size from its current 8MB on May 15 will quadruple BCH capabilities and enable it to add transactions for years to come. The update, which is being called Bitcoin ABC, will radically change the underlying code that BCH uses and solve the scalability issues by cutting down the transaction times to two and a half minutes.

BCH is also expected to upgrade the platform with new tokenization features and the ability to program simple, smart contracts via the BCH chain, instead of using separate platforms like Ethereum.

Among new functionalities will be the ability for users to pre-program actions like dispersing BCH to your children or spouse at a later date in time.

The change will allow BCH developers to create colored coins that can be backed by bonds, stocks, precious metals, commodities and digital assets like Cryptokitties.

These changes will put BCH in competition with other cryptocurrencies like Ethereum and allow users to host more than just money transactions, experts say.