From Russia with Love: Moscow's Affair with the Blockchain

Alexander Goborov
While many think of Russia as conservative and backward, the country is seemingly finding its progressive side in the fintech sector 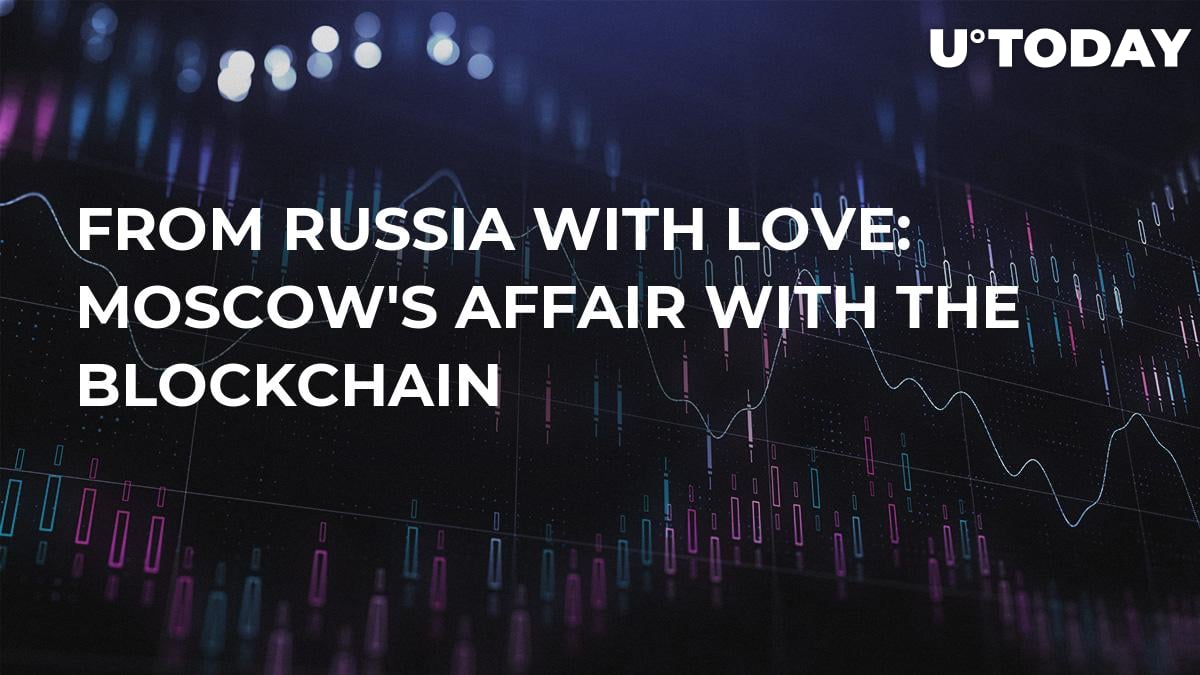 Most people know that Russia is the biggest country in the world by size, a major political player on the world stage, and a country with huge reserves of timber, oil, and natural gas.

Fewer know that Russia is now also becoming ever more involved in the world of Blockchain and cryptocurrencies; in fact, it is believed that most programmers who work on the Blockchain today speak Russian in addition to English and Chinese.

To top it off, Russia has now also become home to many international crypto events, such as the Blockchain Life forum held in St Petersburg.

Statistics from this year, corroborated by the Russian Association of Crypto Industry and Blockchain (RACIB), show that more and more companies in Russia are doing mining: the numbers have grown by around 17% this year taking the total number of mining companies in Russia ― the ones that have been accounted for ― to around 80 000.

According to many fintech specialists, Russia, particularly the Eastern region of the country known as Siberia, is an ideal place for mining because of its abundance of mining resources, namely inexpensive electricity.

One of the top crypto exchanges in the world, Singapore-based Huobi has recently moved in to conquer the Russian market. Although those who trade cryptocurrencies in Russia are no strangers to exchange platforms, Huobi is the first platform to have an actual office in Russia with a Russian-speaking call centre. According to those much satisfied, this is one of the key features Huobi has to offer that no other platform currently has, i.e. ease of real-time client to representative communication in Russian, which has long been overdue.

The new office opened in Moscow at the start of last week. While at present deposits in Russian roubles are not permitted due to regulatory reasons, those who wish to trade will be able to buy cryptocurrencies using roubles and have them put in trading accounts via Huobi’s OTC service. Moreover, Huobi will also offer loans to potential  miners to purchase mining equipment, an important additional service which is to be made available in early 2019.

To make their intentions even more recognizable, Huobi will also be training its future specialists at the Department of Entrepreneurship and Logistics in Moscow’s Plekhanov University of Economics.

LocalBitcoins and Other Players

Helsinki-based LocalBitcoins is one of the most popular Bitcoin to local fiat currency exchange platforms. What is fascinating to learn is that the Bitcoin to Russian Rouble exchange pair is actually the most popular one of all, trading at close to 2 million USD every day: all that despite the Russian government’s ongoing ban of access to the LocalBitcoins domain since 2016.

Not only does it show that the BTC-RUB trade is strong and plentiful, but also that the crypto traders and owners in Russia have moved way past any government-imposed web regulations in technological terms.

But this is not all. According to independent sources, some places in Moscow exchange cryptocurrencies for roubles in numbers totalling close to 9 billion USD, which is five times LocalBitcoins’ turnover. Among such places are believed to be the large shopping centres “Moskva”, “Sadovod”, and “Food City”.