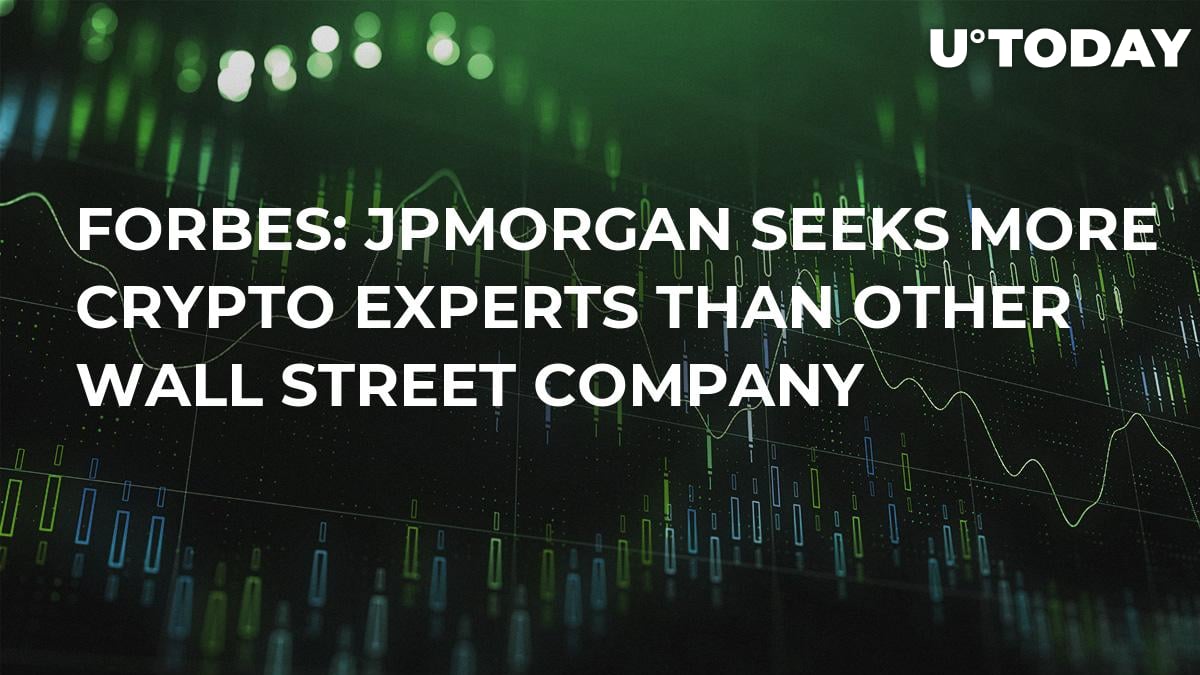 JPMorgan Chase bank has been actively expanding in the blockchain and crypto areas, despite its CEO Jamie Dimon being a strong Bitcoin sceptic and opponent. Now, the bank is taking another step in the direction of DLT.

In February this year, the bank released its JPM Coin for its V.I.P. customers to make payments between them easier and faster.

Previously, in 2018, the bank launched its own blockchain platform, Quorum, which is similar to Bitcoin and Ethereum by its functions and speed transaction but is way more centralized.

In a recent article, Forbes mentions that other giant companies from slightly different spheres have also been hiring blockchain experts – IBM, Cisco, Deloitte, etc. They are followed by Microsoft and ConsenSys.

As per job hunting portal Indeed.com, JPMorgan keeps looking for experts in the crypto and blockchain industries, apparently wishing to strengthen its presence in these fields.

Job hunting in the crypto sphere is rising

At the end of last year, says Andrew Flowers from Indeed.com, a job hunting website, the amount of interest among job applicants dropped along with the crypto market.

But now the number of job postings seems to be going up again, thanks to the fact that the community is expecting the crypto winter to be over soon. The amount of job postings now is higher than that of candidate searches.