Forbes: Bitcoin Price Surges Similarly to 2017, How Far Will It Go?

Yuri Molchan
??Bitcoin keeps rising, showing resemblance to the massive BTC price surge in 2017 – will it manage to avoid the long term bearish market after $20,000??☔ 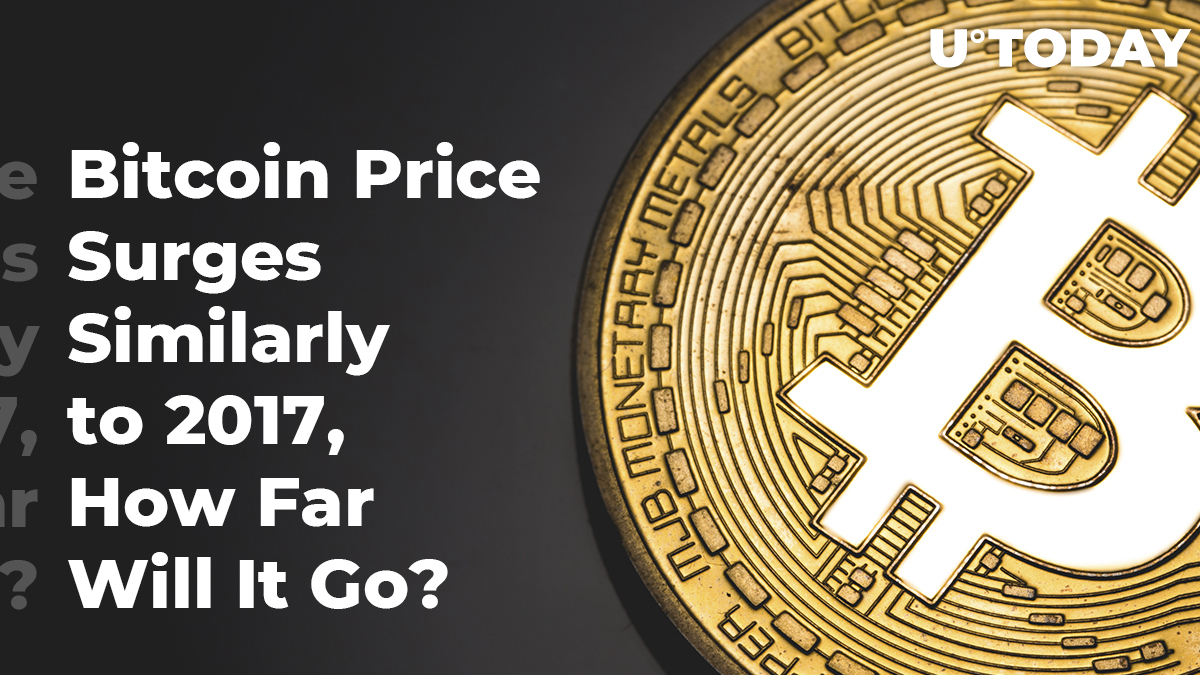 The wider public found out about the existence of Bitcoin and the market of altcoins in 2017, when in autumn the crypto market began its historical exponential growth, which ended in the year-long dominance of bears.

Now Bitcoin is rising in a similar pattern as back then, so in a recent article Forbes is trying to answer the question, whether we are in for a long term bullish trend or if it will be broken by another crypto winter.

On early hours of Wednesday, Bitcoin price reached another yearly high of $12,860 on the Bitstamp exchange, showing a rise by nearly 15 percent.

Now that the crypto winter, as many experts and community members have called it, is over, Bitcoin price seems to be recapturing the losses it suffered after the 2018 crypto market collapse.

The question that many are worried about at the moment is how far Bitcoin will be able to go on the path of green: will it reach $20,000, break through it and go further, or will collapse to spend another year under the heavy paw of the bears.

What is driving BTC price?

Back in 2017, the Bitcoin rate seemed to be pushed up by FOMO, when people who had no or little idea about crypto started feverishly purchasing it, spending way more than they could afford to lose. After the crypto market collapse many of those ignorant retail investors lost a lot with some losing even all of their savings and property.

Forbes writes that at present Google Trends show that the level of interest towards Bitcoin was much higher in 2017 than now, confirming the theory that back then the price was mainly driven by retail buyers.

The chief analyst of eToro, Mati Greenspan, wrote to the platform’s investors recently, describing the second possible taking of the $20,000 level by BTC:

The first time bitcoin breached this level to the upside was in a frenzy of fear-of-missing-out as most of the world was just learning what this new digital asset is all about.

As for the current situation in the market, Greenspan believes, things are working in a different way.

This time, however, the rise seems much more sustainable and the current price more justifiable given the current levels of awareness and adoption.

Why could Bitcoin go much further than $20,000 this time

Among the reasons for further BTC growth, Greenspan mentioned a big increase in the amount of TPS on Bitcoin, Facebook entering the market with its Libra Coin, Bakkt and Fidelity Investments planning to launch crypto trade soon, as well as the Bitcoin halvening expected in 2020.