Bitcoin Price Surges Above $12,500. When Will BTC See a Big Correction?

Alex Dovbnya
??It seems like it wasn’t a bubble after all as Bitcoin reaches its highest price since January 2018?⬆ 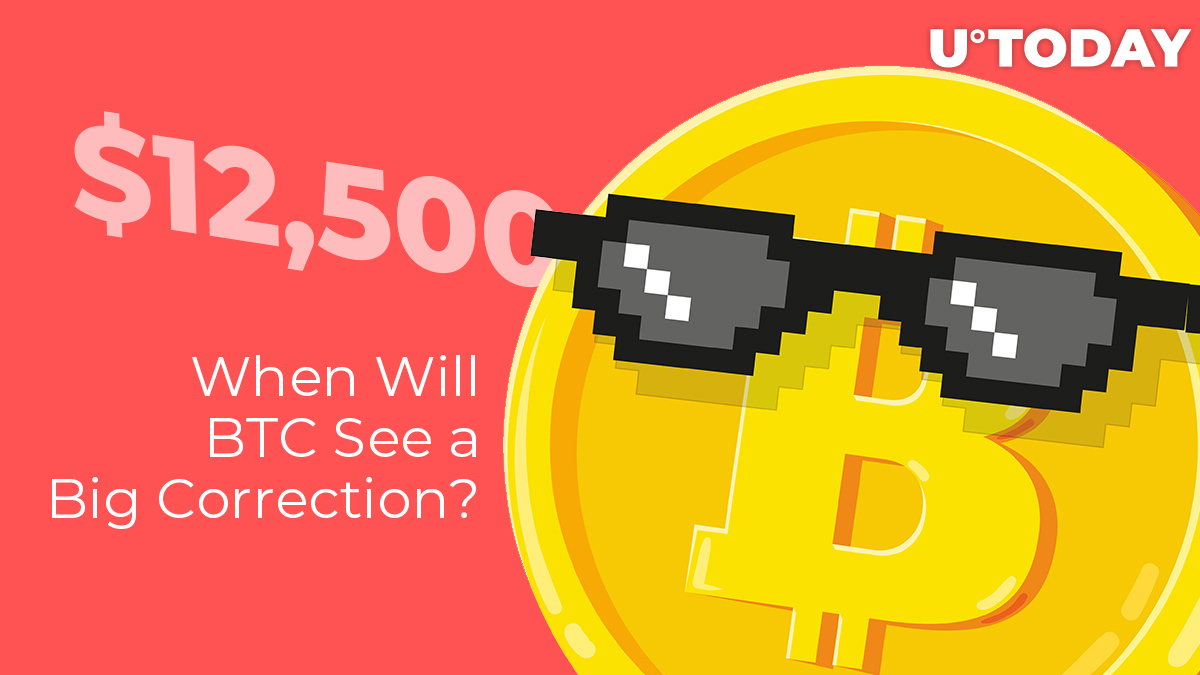 Bitcoin has just extended its enormous rally in the second quarter of 2018. On June 25, the BTC price has surged above the $12,000 level, thus printing its higher price since January 2018.

Bitcoin has no brakes

At the time of writing this article, the BTC price is sitting at $12,589.44, according to CoinMarketCap data. Apart from Ethereum, other major altcoins are struggling to make significant gains.

The top cryptocurrency has been pumping non-stop since breaching the psychologically important resistance level of $10,000.

That conveniently coincided with Facebook launching its Libra cryptocurrency.

Now, it’s far-fetched to assume that the bulls could eventually push the BTC price to $15,000 by the end of the week.

While Bitcoin is gradually inching closer to retest its ATH, memories of the crypto bubble are whirring away at the background.

The crypto king surpassed $12,000 for the first time on December 6, 2017, after the approval of Bitcoin futures. After that, the speculative rally suddenly came to an end.

A major correction at $1 mln?

As scary as it sounds, many experts believe that this time things will be different given that crypto is finally making it to the mainstream with growing institutional adoption.

Kraken CEO Jesse Powell alleges that we will see a correction at $100k or even at $1 mln.