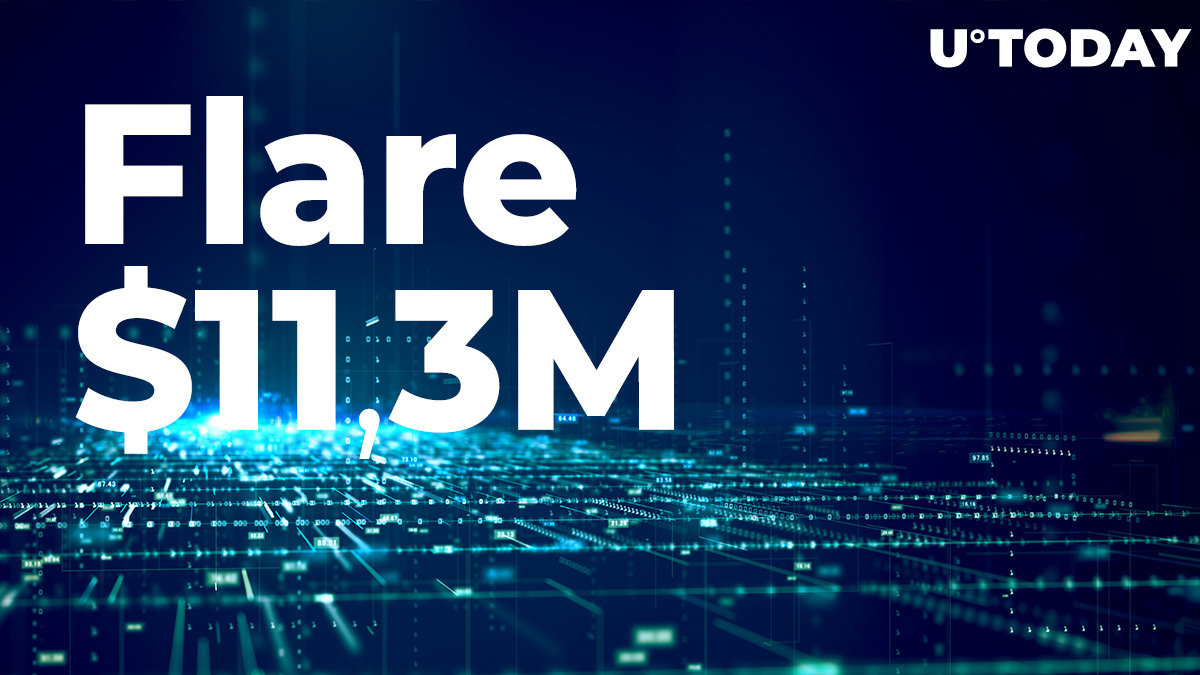 Introduced in Q3, 2020, Flare (FLR) is promoted as a pioneering Turing-complete FBA blockchain environment. Besides being a high-performance ecosystem for decentralized applications, it empowers many first-gen platforms with smart contracts functionality.

According to a press release shared with U.Today by Flare Networks, the Flare blockchain's strategic funding round has closed successfully.

Also, the round was supported by a number of top-league private investors, e.g., Vinny Lingham, Do Kwan and legendary founder of Litecoin (LTC) Charlie Lee.

Flare CEO Hugo Philion is sure that the jaw-dropping success of this funding round is a sign of the high visibility of this project and industry-scale recognition of its concept:

The investment announced today demonstrates a belief in Flare's potential to unleash the value and unlock the community in chains that do not have native smart contracts.

One of the most ambitious ideas of Flare's design is its focus on empowering "old-time" blockchains with smart contracts functionality. By press time, the platform integrated XRP, Dogecoin (DOGE), Stellar Lumens (XLM) and Litecoin (LTC).

Flare is approaching its airdrop, the largest distribution of tokens in blockchain history so far. In the coming weeks, Spark (FLR) assets will be distributed between the holders of XRP who claimed FLR prior to the snapshot on Dec. 12, 2020.

David Garcia, CEO and managing partner of Borderless Capital, underlined the revolutionary nature of this idea as well as its impressive prospects:

There is an incredible unlocked value opportunity through the interoperability of all the other non-smart contract blockchain like LTC, DOGE, XLM or XRP.