everiToken Review: Why It Outperforms Ethereum and EOS

Alex Dovbnya
everiToken, while posing as a unique solution for a decentralized token economy, tackles the problems of speed and the security of transactions 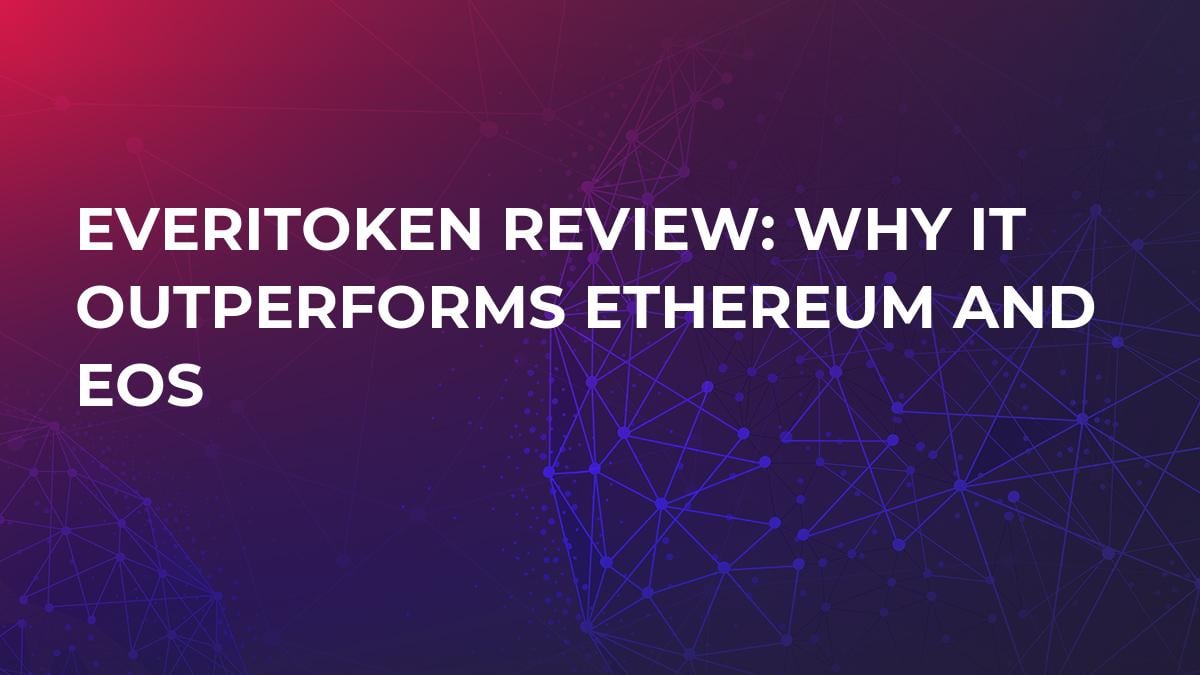 As the Blockchain technology becomes more and more widespread, the new era of token economy is upon us. The everiToken public Blockchain is a global technology that is poised to appear at the forefront of the tokenization. The groundbreaking network can manage value transfers of different levels– from replacing cinema tickets to buying real estate. The mainnet launch of everiToken took place on July 31.

What is a token economy?

We cannot ignore the elephant in the room anymore – the cryptocurrency market is becoming more and more powerful with nearly 1,784 issued coins whose total market cap currently exceeds $223 bln. Hence, one can make an obvious conclusion that the industry is attracting plenty of investments. This creates a brand-new decentralized token economy with developers responsible for creating a platform for transactions and users who contribute to the network by paying tokens.

everiToken is a perfect solution for Blockchain-based applications. It is a token-customized public chain that allows digitalizing assets and certificates with the help of EVT tokens. EVT tokens are used as the fuel for the network. They are only paid as a form of a reward to block producers in order to prevent security breaches, so the abovementioned tokens do not have any value.

Smart contracts are not efficient

The crypto market, despite the drop in illegal activities, still remains a welcoming environment for hackers. That’s why traders tend to prioritize security. everiToken acknowledges their safety concerns by offering so-called SafeContracts in lieu of smart contracts, which are utilized by Ethereum-based projects. While smart contracts are generally beneficial for creating decentralized apps, their numerous security flaws can result in improper termination and leaked access. SafeContracts, on the other hand, help to ensure the security of transactions.

Safecontracts can also accelerate the transaction speed. everiToken is able of reaching a whopping speed of 5000 TPS. For comparison, the Ethereum network is only able to process as little as 20 transactions per second. That is not enough for the practical needs of the new token economy.

On top of that, SafeContracts tackle the problem of popularization, since non-developers are not able to get access to Ethereum smart contracts. There is also a need for standardized contracts that would let users systemize all different all kinds of token assets.

EOS tried to address these issues with the launch of its own mainnet in June, but raises safety concerns and, just like the Ethereum network, fails to provide a standardized solution. Furthermore, the complexity of EOS’s smart contracts negatively affects the speed of operations.

everiToken is a highly ambitious project, which will certainly expand its user base and the number of transactions. As such, there will be a growing demand for memory capacity to record additional information for a rollback in every single operation. While relying on EOS’s memory database, it also has some major differences because of the utilization of the RocksDB library.

everiToken utilized a consensus algorithm that is called Delegated Proof of Stake (also simply known as DPoS), which ensures openness and transparency. You may think about this system as a form of democracy in the decentralized world of Blockchain. If your governor is not efficient enough, you have a right to vote him out and elect your own candidate. The same goes for projects that work in accordance with the aforementioned DPoS consensus model that aims to offset any remnants of centralization.

EVT holders are able to choose block producers with the help of a democratic voting system. Each user is capable of producing blocks (just like practically any citizen is allowed to run for office), buy any contender, of course, has to convince token holders that he/she is the right option for them.

A new block is being created every 0.5 seconds, with no more than one producer being able to generate more than one block. The chosen producers work in a pre-arranged order.