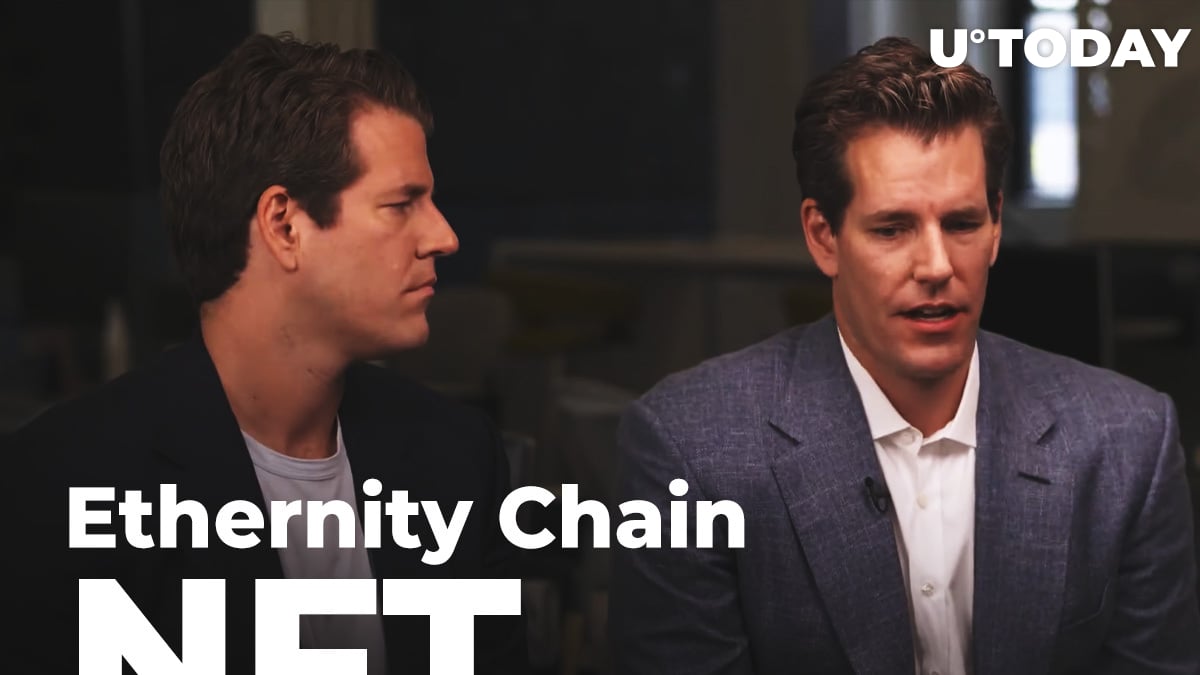 Ethernity Chain (ERN), which addresses the segment of non-fungible tokens, has released a series of digital collectibles issued by Bitcoin (BTC) veterans Cameron and Tyler Winklevoss.

According to the official announcement by the product team, the drop with a series of three NFTs was released on May 29, 2021. Digital cards memorialize Cameron and Tyler Winklevoss, an Olympic Rowing pair and the founders of leading crypto exchange Gemini.

Three series of NFTs, "Legendary," "Epic" and "Common," were created in a collaboration between Ethernity Chain (ERN) and Visual Labs, a team of digital artists.

More than 100 cards out of 350 released initially have been sold in the first two days after release.

Cameron Winklevoss stressed that by participating in this release, he and his brother demonstrated their support of the NFT movement yet again:

We are honored to be 'turned' into NFTs with this collection on Ethernity Chain. We firmly believe that NFTs are here to stay, and being immortalized on blockchain is perhaps the most fitting way to express our support to this revolutionary movement.

These collections were released as part of its Authenticated NFT (aNFT) offering. This sort of NFT release protects buyers and the marketplace from selling counterfeit tokens.

With the aNFT release, every token in the offering is authenticated by the Ethernity team, which guarantees that a specific NFT comes from its intended creator.

As usual, the majority of funds raised in this offfering will be donated to non-profits. Namely, 90 percent of revenues will be donated to Row New York, an NYC-based charity foundation tasked with expanding accessibility to rowing throughout the New York area.