David Dinkins
While others are trying to lower fees, Ethereum’s Buterin is proposing a new one, arguing it’s necessary for the network’s long term health. 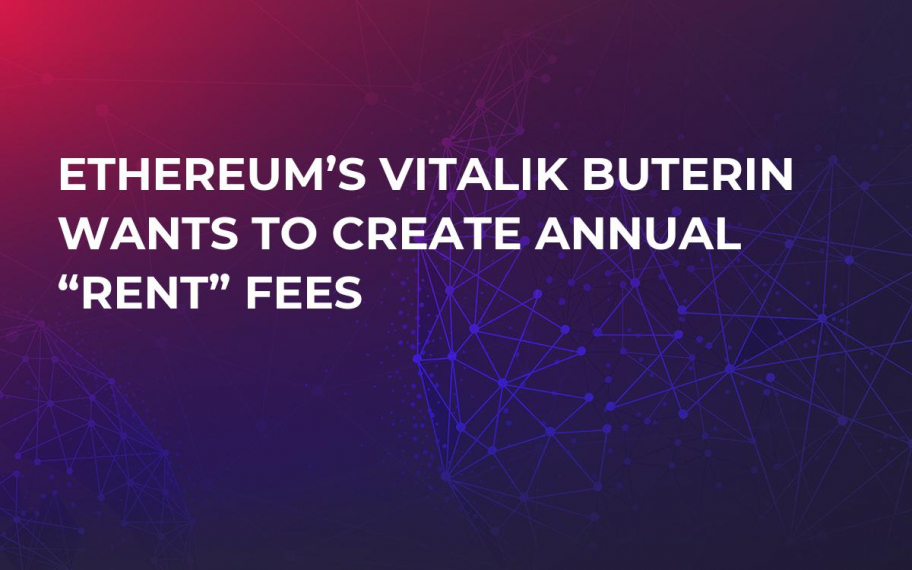 Ethereum co-founder Vitalik Buterin has made a controversial proposal to create a new fee for storing data on the Blockchain. Buterin’s proposal would require users to pay not only transaction fees, but would also require them to pay “rent” to preserve their data. Such a payment would ensure the network doesn’t get too clogged, making it expensive or even impossible to run a full node.

For years, debate has raged in Bitcoin’s community over having too many fees. With limited block space available, users had to pay higher and higher fees to have their transactions included in a block. Many of Bitcoin’s proposed scaling solutions have focused on ultimately reducing those fees to a more reasonable level.

Ethereum’s Blockchain has been growing even more rapidly than Bitcoin’s, and Ethereum’s node operators are required to store a great deal of “state data” in RAM. State refers to data about each contract’s state, including user balances, that needs to be stored on each full node. Right now, running a full Ethereum node requires at least 5 GB of RAM to store state data. Buterin wants to add fees to the storage of such data in order to limit the size of Ethereum’s state to 500 GB.

Not much, but volatile

Buterin’s proposed rent fee is quite small. The average user would pay about 15 cents per year in storage fees, while contract owners would pay about $15 per year. Further advances in Ethereum’s technology, such as the possible implementation of sharding down the road, would reduce those fees by two orders of magnitude.

One concern that Buterin specifically addresses is the volatility inherent in such fees, which would actually be paid in Ether. Depending on the price of Ether at the time, fees could conceivably vary by thousands of percent during boom or bust cycles. Nonetheless, Buterin argues that such volatility would be less than is seen with transaction fees:

“One natural objection is: but won’t fixing the storage fees in ETH lead to unacceptable fees if ETH rises or falls too much? The answer is: this is quite possible, but transaction fees are not expected to be any less volatile.”