Tron’s Total Number of Transactions on Par with Ethereum 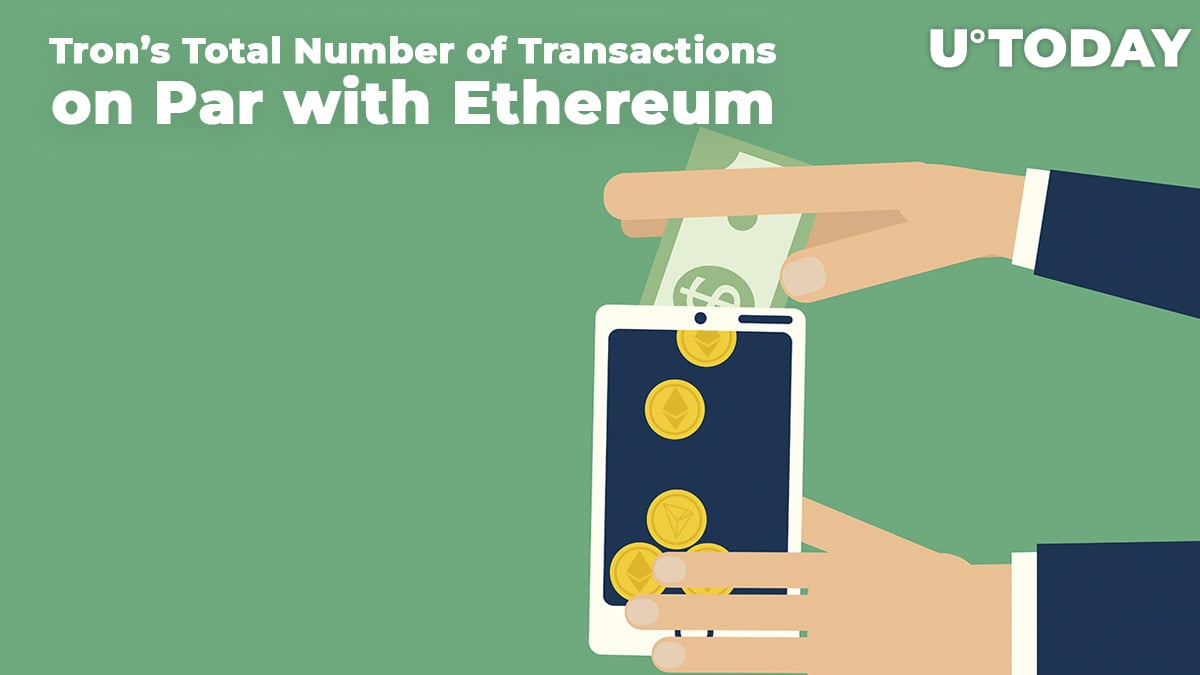 Twitter account CryptoDuck recently posted a vivid visual representation of how quickly Tron managed to catch up to Ethereum, its big-name rival, by the number of total transactions on their respective Blockchains. Notably, it took Tron less than a year to achieve this feat.

The number of total Tron accounts has already surpassed 3.1 mln, which just goes to show you how rapidly the project is gaining traction. For comparison, it was 2.3 mln back in April.

Given that Tron is steadily growing its user base, it is already breathing down Ethereum’s neck despite appearing on the market three years later.

While it undoubtedly sounds like a great achievement, these numbers are misleading in the sense that gambling Tron dApps are most likely producing most of them. That’s a red flag.

According to a recent report by U.Today, almost all top EOS dApps are driven by bots, which means that these transactions are artificial (the same is true for Tron).

Has Ethereum lost its mojo?

Ethereum once became the buzzword of crypto as the cryptocurrency was predicted to overtake Bitcoin during the peak of the ICO craze. However, multiple projects, such as EOS and Tron, came to steal Ethereum’s luster.

Vitalik Buterin’s brainchild has already lost the dApp war to the two new coins on the block, and ICOs are pretty much dying.

Now, Ethereum desperately needs some sort of edge that would allow it to stand out among its numerous competitors.