Ethereum Price Prediction: Will ETH 2.0 Amount to Anything?

Thomas Hughes
Ethereum price forecasts for 2018 are shifting as ETH 2.0 comes into focus. Will the world’s most advanced blockchain survive the upgrade? 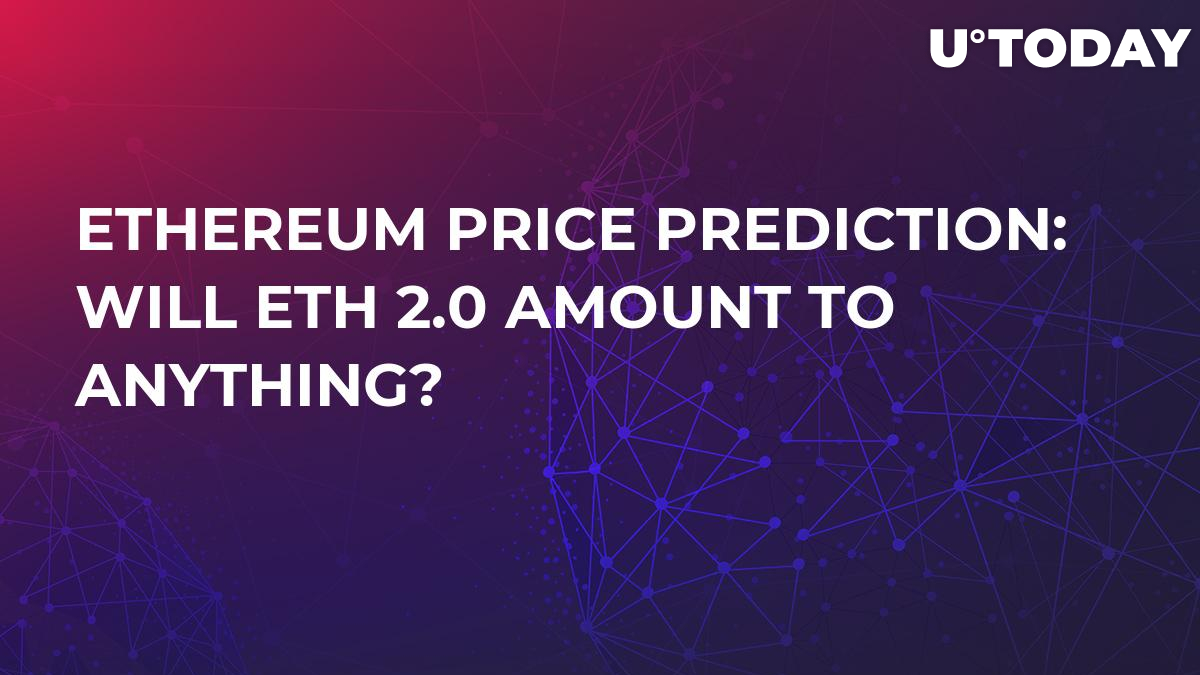 Ethereum price forecasts for 2018 are shifting as ETH 2.0 comes into focus. The question now is, will the world’s most advanced blockchain survive the upgrade?

Ethereum price predictions began to move higher immediately after the blockchain’s founder, Vitalik Buterin, laid out a plan for Ethereum 2.0. Ethereum 2.0 is the sum-total of all upgrades and improvements that are in the works for the Ethereum network and a plan to implement them. The news has been long-awaited: Ethereum suffers from network slowness, poor scalability, and security flaws that have been capping its potential.

Ethereum predictions had been steadily falling up until the timeline was announced. The token had been trending flat and below the $200 for nearly a month with little to move it save hope. In the wake of the announcement, the token saw a resurgence of interest that took it to a one month high, although the gains were limited. While the news is good — ETH 2.0 is a good thing — we’ve been hearing about upgrades for a long time, and we’ve seen them postponed more than once. 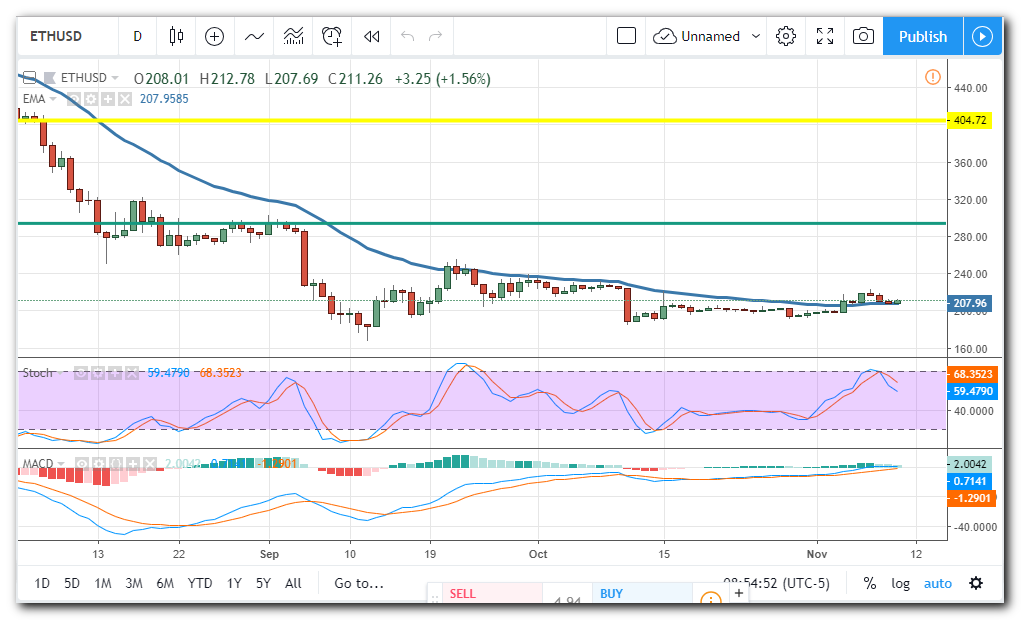 The charts don’t look very bullish, although the bottom in prices is probably in. At this level, miners are breaking even or making a little money, which makes a strong level of support; they are not likely to sell their tokens at a loss. The ETH token is trending near long-term lows and is trapped within a trading range that will dominate the market until a real, true, actual launch of ETH 2.0 is revealed. Until then, all we have is hope that the timeline they’ve given is one they can stick too.

So, what exactly is ETH 2.0? It is an upgrade to the ETH network that will facilitate the switch to Proof of Stake, improve scalability, and speed up transaction times. The switch to Proof of Stake will rely on the Casper update, one of many that have been in development for years. It will move Ethereum away from the less sustainable Proof of Work model while Sharding and ZK-Snarks will help speed up the network.

Proof of Work is the most common model of blockchain design. It is the protocol upon which Bitcoin, Litecoin, and many other “mineable” cryptocurrencies are built. The problem with Proof of Work is that it requires a lot of computing power — exponentially more than what it needed to verify the blockchain — and creates a lot of waste that could be avoided. 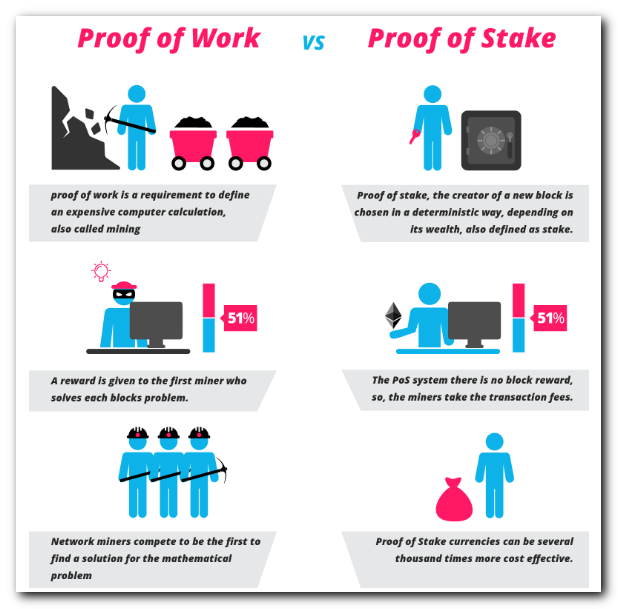 Proof of Stake is a blockchain protocol that requires miners to put up a stake, or deposit, in order to participate in mining activities. The miners earn a fee based on transactions instead of mined coins and are thought to be incorruptible because they have skin in the game (they could lose their deposit and more if the token fails, falls to zero, etc). Because Proof of Stake miners earn fees and not mined coins, there is no risk of mining all the coins and having the network fail, among other issues tied to POW mining.

Breaking Ethereum will make it faster

Sharding is the concept of breaking the ETH network into hundreds, thousands, or even millions of sub-chains in a way that are collatable across the network. This would create an environment with virtually unlimited account space and provide quadratic scalability. The double benefit of Casper and Sharding will be a much faster network and one that is much cheaper to use. The only problem — for traders and investors, that is — is that Sharding and ETH 2.0 are most likely not going to happen until 2020 or later.

Ethereum’s price forecast needs to take ZK-Snarks into consideration. ZK-Snarks, or Zero Knowledge-Succinct Non-Interactive Argument of Knowledge, is the technology that powers Z-Cash. It is a blockchain protocol that allows the verification of transactions without either side having specific knowledge of the transaction. It is in effect a means of using another blockchain to handle Ethereum transactions off-network in way that is seamlessly integrated with the greater Ethereum network.

This is how it would work. The Z-Cash ZK-Snarks system allows value (in the form of ETH or other blockchain tokens) to be stored on the Z-Cash network. The network then issues zETH (or zBTC etc) in its place and transactions based on that value are stored in the Z-Cash system. Later, when the ETH is returned to the ETH network, all transactions performed in the interim are accounted, but without having used Ethereum computing power.

While great news for ETH users and traders, there are still two drawbacks. The first is that 500 tps is still a far cry short of the thousands of transactions per second that payment processor Visa is able to handle — a fact that will limit ETH adoption by mainstream financial services if speeds can’t be increased further. The second is that the implementation date of the protocols is yet to be determined and may not come for many months.

Ethereum has long been hailed as the world’s most advanced blockchain. When compared to Bitcoin and other single-purpose tokens, it is the equivalent of a smart-phone, whereas Bitcoin is an old-school rotary phone. You can use Bitcoin to dial up an address and send value, but you can’t run applications on it the way you can with Ethereum. This fact has been the driving force behind ETH predictions since it launched. However, with scalability issues, the uncertainty surrounding ETH 2.0, and the rise of other types of blockchain technologies, those same Ethereum predictions are suffering.

Ethereum’s main rival is Ripple. RippleNet is a blockchain focused solely on the problem of scalable, cross-border/cross-platform exchanges and atomic swaps of cryptocurrencies. It has seen exponential growth over the past year and recently announced a major deal with one of Europe’s largest banks, Banco Santander.

While this may seem like a negligible factor, it could very easily spark a mass exodus from ETH and inflow to XRP. To date, there have been several instances of micro-flippening, that is, a time in which XRP has briefly and by a small margin surpassed ETH by market cap. So far, none of these flips have resulted in a permanent shift in dominance but they could, especially if ETH fails to upgrade successfully or if Ripple is able to gain traction in global financial circles.

Ethereum prediction 2018: Trading is on tap

Ethereum price projections for 2018 are optimistic but based on anticipated upgrades that are yet to be delivered. This situation is likely to result in periods of upward price movement that may test key resistance levels but are not likely to result in a sustained rally, unless some other catalyst emerged to drive prices. A general rally in cryptocurrency markets may do it, but the more likely scenario is that US regulation and the launch of blockchain-based ETFs and other retail investment products will be the spark to drive ETH higher.