Vladislav Sopov
Ethereum 2.0 accomplishes yet another crucial milestone. Is supply shock in sight? 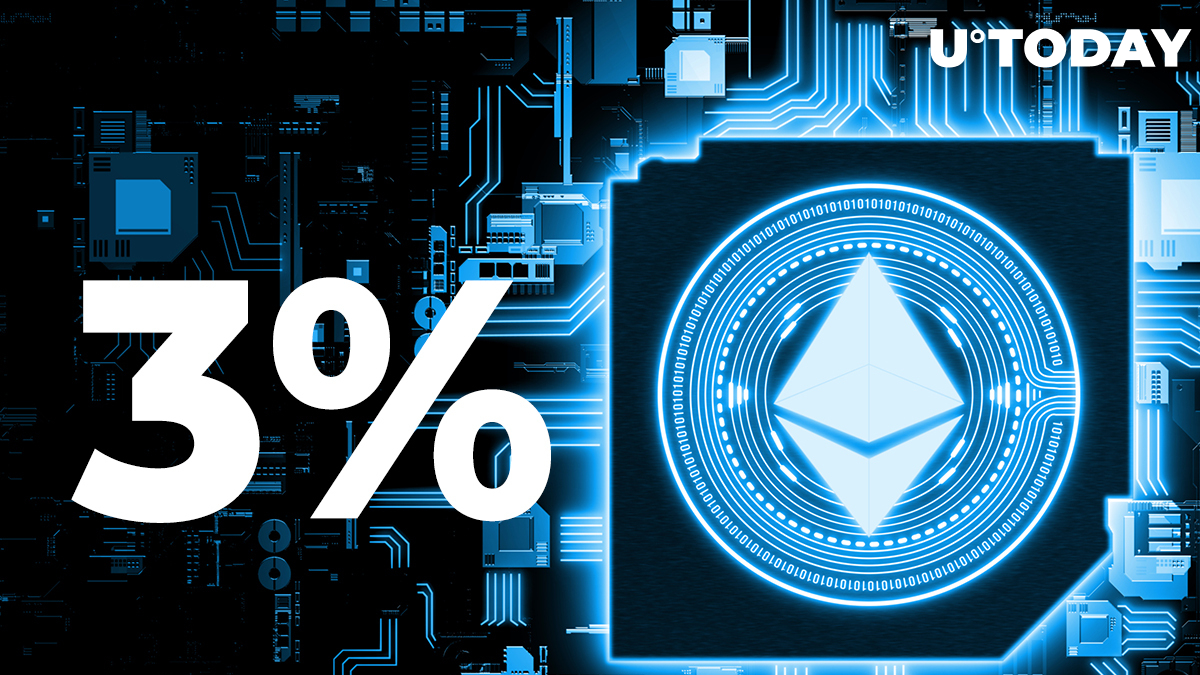 Twitter account Eth2Validators, which tracks the basic metrics of the Ethereum 2.0 staking progress, has reported that one out of every 33 Ethers in circulation is now locked in an ETH2 deposit contract.

The Eth2Validators team noticed that three percent of the ETH supply is now allocated to the Ethereum 2.0 deposit contract. This became possible as 107,105 ETH2 enthusiasts locked 3,442,946 Ethers total.

The minimum "staking" amount in Ethereum 2.0 is 32 ETH, so it takes almost $60,000 to become a validator. Even with such expensive "entry tickets," Ethereum (ETH) supporters transferred $6.37 billion to its deposit contract.

Meanwhile, the Ethereum (ETH) price starts another wave of its rally. It rocketed above $1,850 for the first time since Feb. 22, 2021. The confirmation of the much-anticipated EIP-1559 may have contributed to this upsurge.

As covered by U.Today previously, EIP-1559 is expected to be included in the London hardfork in July 2021. It will implement periodic fee burnings, making Ethereum (ETH) a deflationary asset.

Ethereum 2.0 is a proof of stake (PoS) version of the Ethereum (ETH) protocol. It will split the whole Ethereum (ETH) network into a system of interconnected shards and replace mining with staking as a basic mechanism of blockchain security.

The full rollout of Ethereum (ETH) 2.0 instruments will take some years while its first element was launched in December 2020.