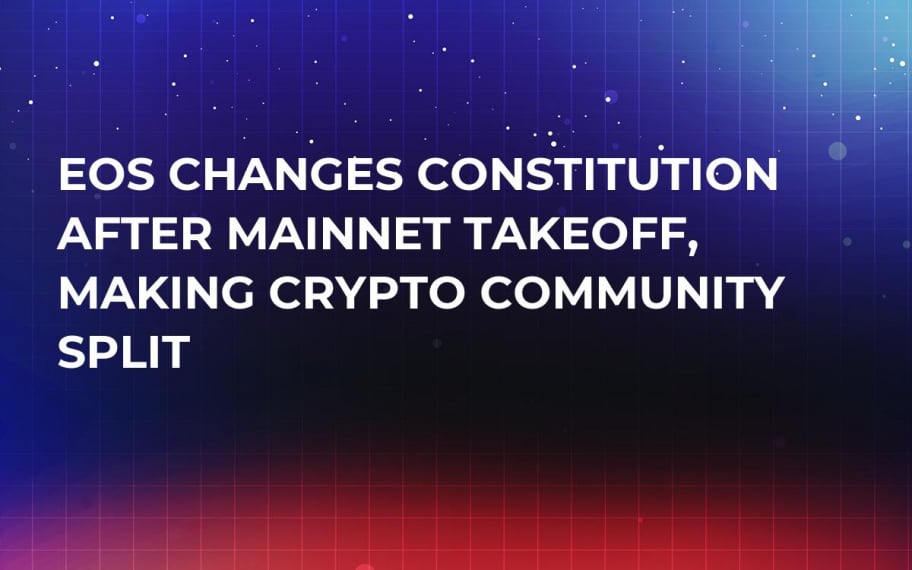 The EOS community has been discussing fragments of the social media talk between the EOS CTO Dan Larimer and Simon Case, in which they are mulling the future alteration of the EOS constitution.

The suggested changes will deal with numerous crucial issues regarding possible Blockchain troubles like the kind the DAO faced after it was hacked. Besides, the new constitution will deprive the Block Producers (BPs) of their total power over the network.

Numerous spears were thrown at EOS for it being too centralized and the BPs possessing too much ruling power. According to those opinions, no Blockchain system must be governed by humans since it breaks the whole idea of such networks. Initially, any distributed ledger system was meant to be ruled and managed by machine– this is a truly impartial approach.

The coin supporters, though, have split into two camps– those who favor the new suggestion and those who are definite that this new idea will fail to prove that EOS is unable to deliver its promises.