Yuri Molchan
Vocal Bitcoin hater claims that at the moment Dogecoin is playing the role of the leading crypto better than Bitcoin thanks to Elon Musk, the biggest public DOGE fan 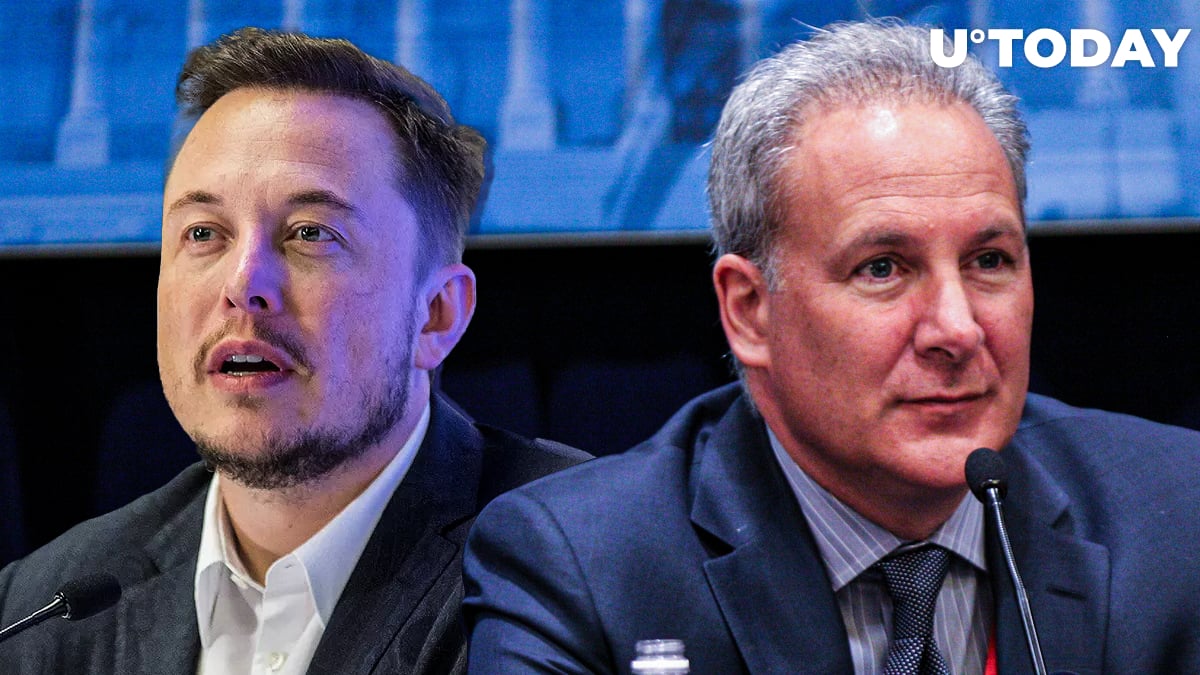 Major Bitcoin opponent and Euro Pacific Capital CEO Peter Schiff seems to believe that, at the moment, Dogecoin shilled by Elon Musk is "better at being Bitcoin than Bitcoin."

Bitcoin evangelist, entrepreneur and investor, Anthony Pompliano, has commented on that in a recent tweet, trolling the gold bug Schiff.

In a recent tweet, entrepreneur, investor and the host of a popular Bitcoin podcast, Anthony Pompliano, jokingly remarked that the regular crypto and Bitcoin hater Peter Schiff now claims that DOGE is going to take over Bitcoin.

Meanwhile, the chief of Euro Pacific Capital has tweeted that Dogecoin now has a higher chance of operating as the major cryptocurrency rather than Bitcoin, thanks to Elon Musk.

Earlier, the Tesla CEO admitted that he was "late to the Bitcoin party" and said that he is a BTC supporter now. Back then, he also tagged Bitcoin in his Twitter bio.

However, Elon has changed his mind since then. BTC is no longer in the bio section of his Twitter profile, and he has been shilling his old love, DOGE, again, tweeting that it is the "crypto of the Earth in the future" and claiming that Bitcoin "is arguably deflationary to a fault."

He added that Dogecoin can offer a higher transaction speed than the king crypto.

The prominent Bitcoin hater has also compared Bitcoin and DOGE to two major social media platforms: Bitcoin to MySpace and Dogecoin to Facebook.

Bitcoin was the first-ever cryptocurrency to emerge just as MySpace appeared prior to Facebook. However, many in the crypto community would doubt that DOGE is better than Bitcoin, aside from the transaction speed.

No cryptocurrency will ever be able to replace gold, though, Peter Schiff claims.

Does Peter Schiff hold Bitcoin after all?

This major gold proponent claims to be against Bitcoin and all other cryptocurrencies, claiming BTC to be a Ponzi scheme and a bubble.

However, unlike other steady Bitcoin haters, such as Nouriel Roubini, Schiff tweets about Bitcoin very often and has now added Doge. Some in the community believe that the vocal Bitcoin hater might in fact be a Bitcoin holder; he would not be tweeting about it so often otherwise.

Last year, in January, Schiff tweeted that he was unable to access his $100 in Bitcoin that was given to him by Erik Voorhees, the ShapeShift founder.

This happened because Schiff confused the pin for the password, showing a lack of basic knowledge that a crypto holder has.