Disappointed Ripple Fan Sells His XRP, Gets Mocked by the Community

Yuri Molchan
An XRP fan states that he has got tired of Ripple and sells his XRP stack, the Ripple community bashes him for that and mocks for selling at the low price mark 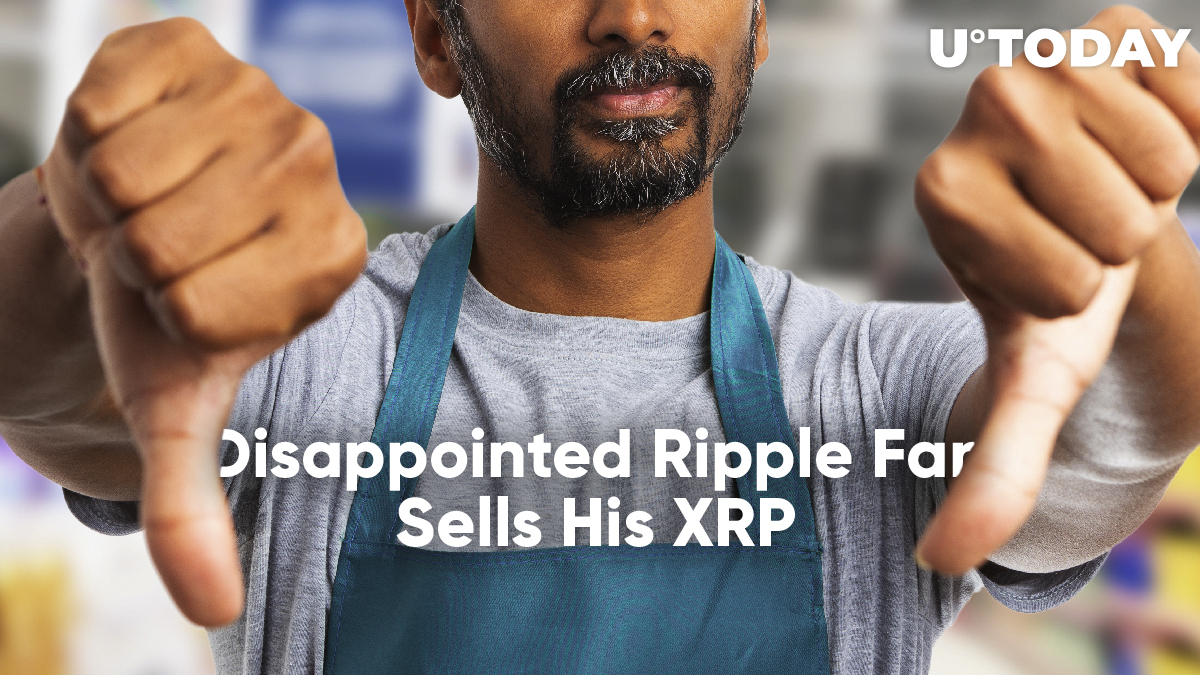 Recently, Ripple’s XRP has not been doing well in terms of the price level. Unlike other altcoins, it has failed to show any decent growth, despite Ripple’s recent successful partnerships and it being called the cheapest remittance method by the DBS Bank, a major one in South-East Asia.

The other day, a Ripple fan, @Braddles96Clark, admitted that he has got tired of the situation in the market and has sold his XRP stack, saying that he was ‘getting out of this hole’.

going to trade my way out of the hole that is $XRP, $ONE and $LINK are the start and there will be others before I return to $XRP...
just in time for launch (Oct/Nov/Dec/Jan----Mar????)

Dropping XRP for ONE and LINK

Instead, he plans to go for the coins ONE and LINK. He might get back into XRP later, though, when the market of this asset improves.

In the comment thread, the community showed various reactions – from wishing him luck to reproaching the man for selling his XRP at the low price, where the coin is currently sitting.

I couldn't even imagine selling my XRP....just thinking about it gives me anxiety. Good luck!

Selling when the market is down???? excuse me.....but this is not the best choice.

‘I still hold a good deal of XRP’

After facing such a lot of criticism, @Braddles96Clark explained what made him jump to this radical decision. As per him, investing in ONE and LINK may seem stupid, however, he is confident in getting a profit of at least 20 percent, since the graphs are showing a rising trend.

...they maybe "shit coins" , but I am confident enough to spot good, strong charts and start taking 20% profits, and eventually run this all back into $XRP when she looks ready to go...
not so much "weak" hands I prefer "smart"
and I'm keeping my name
?

XRP added to a NASDAQ index

As reported by U.Today recently, the world’s largest exchange NASDAQ has added XRP to its new index. Prior to that, the company added the XRP Liquid Index (XRPLX) to its global financial data service.