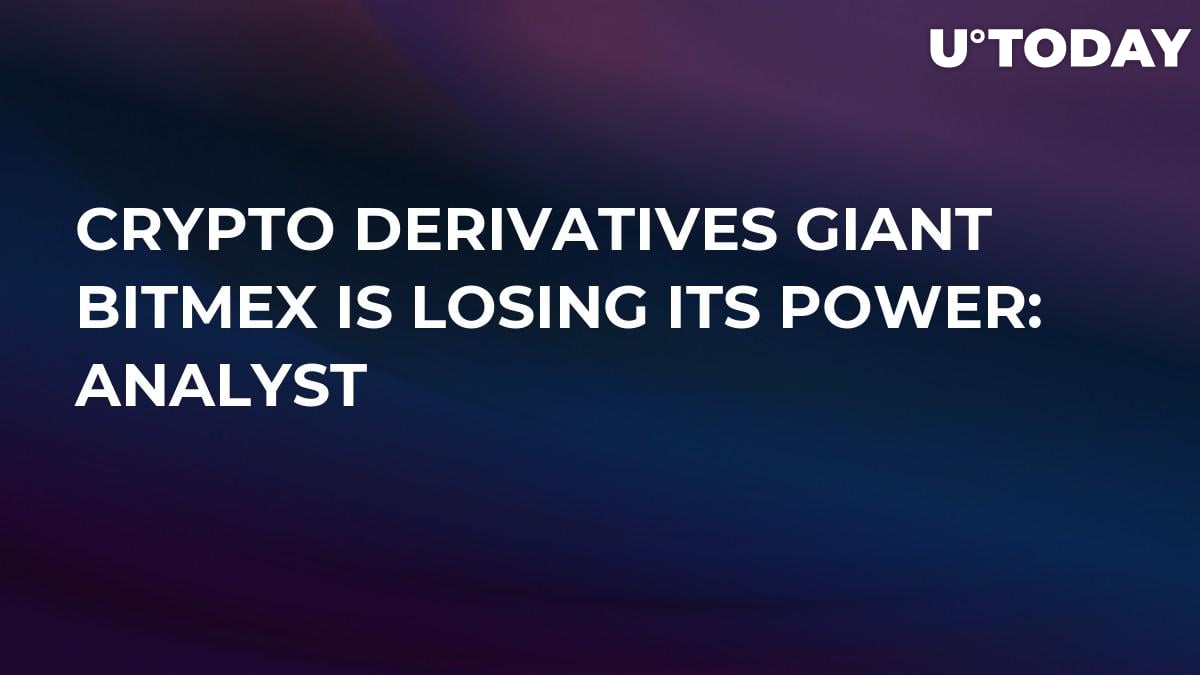 According to cryptocurrency analyst Charles Edwards, the power of BitMEX, the leading derivatives exchange, is slowly fading.

But is the BitMEX Era ending?

BitMEX has held over 50% of trusted spot + derivatives exchange volume for nearly 2 years.

But its share of total volume is dropping. pic.twitter.com/XleKvmOZGb

Edwards defines the past two years as the "BitMEX era" given that the exchange represented the lion's share of all cryptocurrency trading volume. While the Arthur Hayes-helmed crypto monolith is still responsible for 56 percent of all volume, it's far past its glory days when it controlled more than 80 percent back in September 2018.

BitMEX, which ushered into the nascent crypto scene back in 2014, quickly became a huge success story because of its perpetual swap contracts that offer up to 100x contracts. TokenAnalyst co-founder Sid Shekhar called it "the biggest casino ever."

While the interest in trading cryptocurrency derivatives is stronger than ever, BitMEX is gradually becoming a less significant player in the industry since it faced some strong competition. As reported by U.Today, Binance's futures platforms that were launched back in September are already breathing down its neck.

The Seychelles-based made headlined after it faced an investigation by the Commodity Futures Trading Commission (CFTC). US citizens are prohibited from using the exchange.

Part of the reason why the US Securities and Exchange Commission (SEC) is so reluctant to approve a Bitcoin ETF is that cryptocurrency trading primarily takes place on unregulated exchanges in the likes of BitMEX. Hence, this market is still highly susceptible to manipulations.