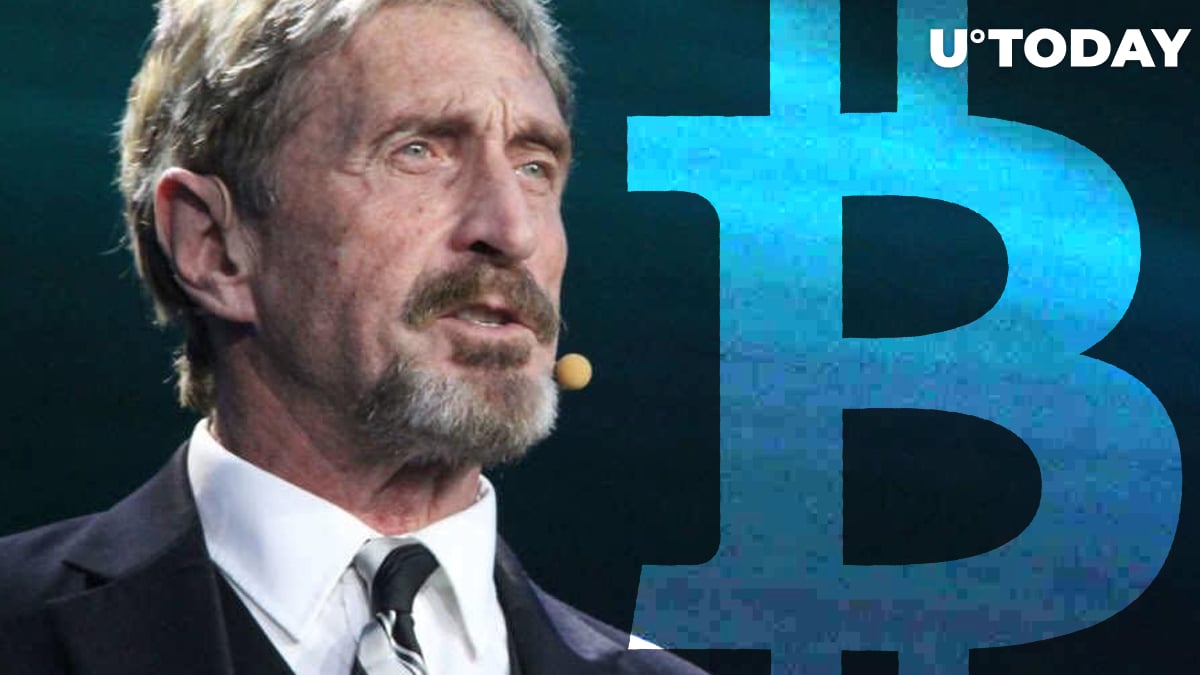 There is one more thing that you might want to add to your 2020 bingo cards.

Notorious cybersecurity expert John McAfee is not backpedaling on his widely-publicized Bitcoin bet, according to his recent tweet.

That said, the cryptocurrency advocate continues to insist that he didn’t believe in his $1 mln price prediction from the get-go, meaning that he was knowingly setting up himself for quite a disappointment.

As reported by U.Today, July 17 marked the third anniversary of McAfee’s $500,000 Bitcoin price prediction that was based on his obscure mathematical model. The cryptocurrency community, of course, didn’t forget to remind him about it.

Three years ago, the crypto baron also claimed that he would eat his penis on live TV if the BTC price was trading below the aforementioned price point by now.

McAfee ended up increasing his bet to a staggering $1 mln in November 2017 while confirming that he would still make due on his bizarre promise on Dec. 31, 2020.

In January, McAfee confessed that the whole thing was just a publicity stunt that was meant to make more people follow the crypto space.

After backtracking on his super-bullish prediction and abandoning Bitcoin, he now says that there is still time before he has to devour his own manhood.

The septuagenarian even attached the “dickening” countdown, which shows that 165 days are left until the gory event.

There is still a chance left for McAfee not to shrink — the Bitcoin price has to add a cool $990,832 by the end of the year.