Coincheck Starts Road to Recovery After Hack, Lifts Restrictions and Pays Back Customers

Darryn Pollock
Hacked exchange Coincheck is getting back on its feet, lifting some restrictions and paying back customers 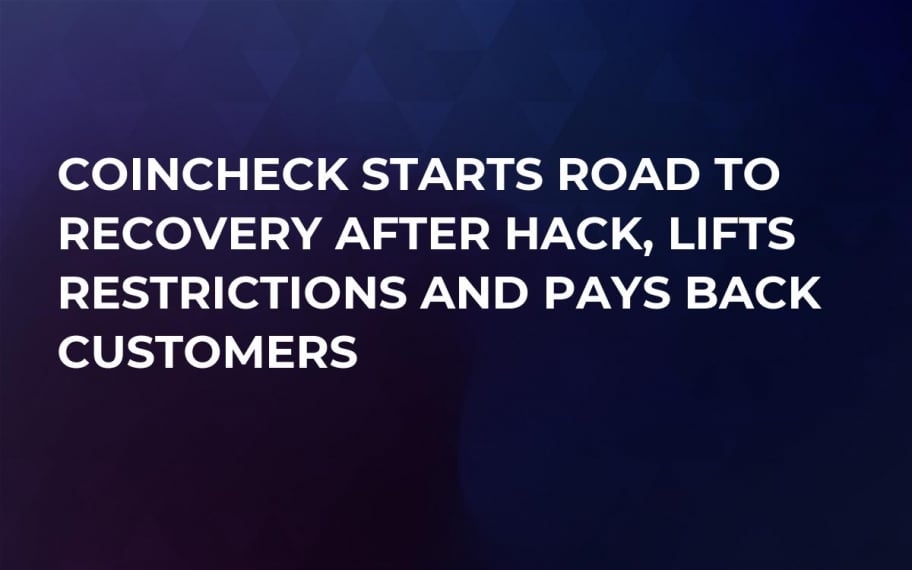 At the beginning of this week, hacked Tokyo exchange Coincheck announced that it would start repairing some of the damage that was done in the massive $430 mln hack of NEM that occurred in January.

The exchange will be removing some of the restrictions they put in place after the hack, as well as begin to pay back the funds that were stolen to their customers.

Coincheck had a lot of attention shone onto it after this hack, which is almost on par with the notorious Mt. Gox hack of 2014, seeing Japanese regulators crack down on exchanges.

Coincheck, after the hack, made promises that they would repay the huge amount of digital currency stolen from their users while under pressure from Japanese regulators and users approaching the courts.

This led to regulators delving in to see if this promise could be met, but now, the exchange seems to be keeping its word.

Coincheck has lifted the withdrawal and trading freeze, but more importantly, it has taken the first steps in repaying their affected clients.

The backlash of this hack was massive for the Japanese cryptocurrency scene as regulators, who took a gentle and unobtrusive approach to policing exchanges felt the need to step in to assure nothing like this happened again.

Following the breach at Coincheck, there was more concerns as a glitch on another Japanese exchange, Zaif, saw Bitcoin trade for zero-yen value. The error was caught quickly, and no one had time to intentionally profit from it. Only seven customers were able to buy Bitcoin under these conditions.

The regulatory framework in Japan is still to be decided, but surely the issues that have arisen since the Coincheck hack will play a major role in which direction the government takes when it comes to putting up legislation.