David Dinkins
Coinbase will be adding support for ERC20 tokens, but won’t actually be integrating any of them. 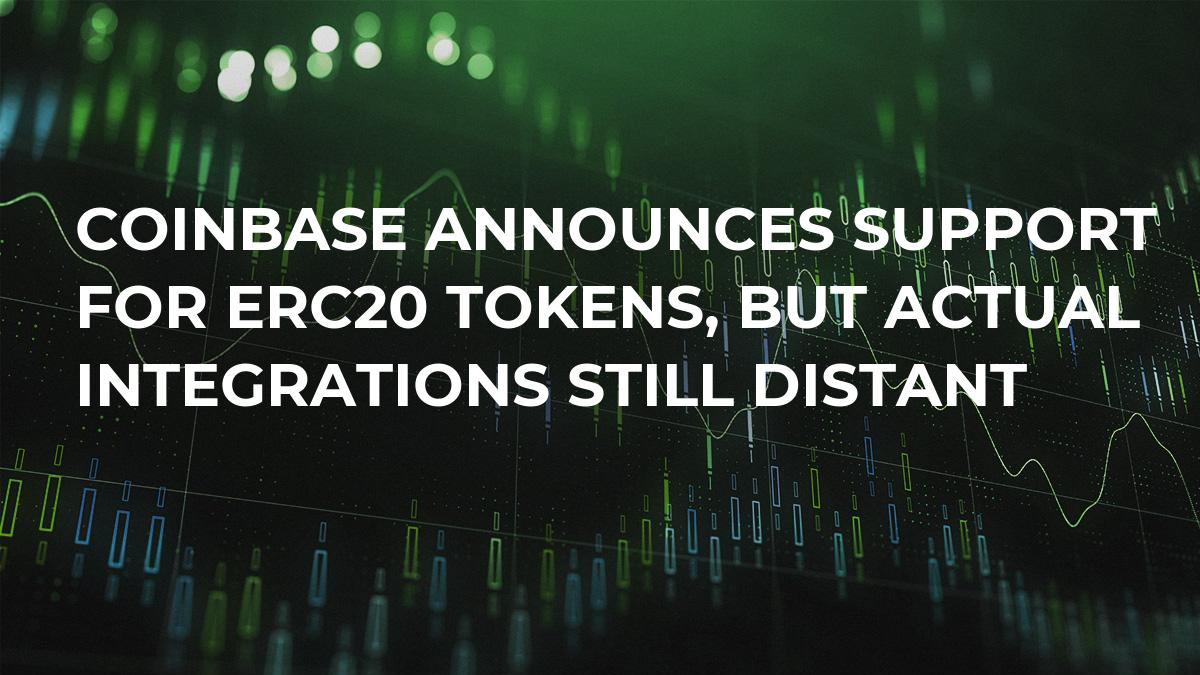 Coinbase has announced that it will add support for the ERC20 token standard across many of its platforms “in the coming months.” ERC20 is the standard used by tokens that exist on the Ethereum network, such as virtually all ICO-launched tokens of the past year.

Coinbase wrote on its blog:

“We’re excited to announce our intention to support the Ethereum ERC20 technical standard for Coinbase in the coming months. This paves the way for supporting ERC20 assets across Coinbase products in the future, though we aren’t announcing support for any specific assets or features at this time.”

ERC20 is described as:

Notably, Coinbase clearly states that they will not be adding any ERC20-based tokens to any of their platforms yet. They are merely integrating the technology necessary to do so. Specifically, with respect to listing ERC20 tokens on GDAX and Coinbase, the blog states:

“The GDAX team will wait for additional regulatory clarity before we decide which ERC20 assets to support on GDAX.”

As Shakespeare would have said, there’s the rub. Cryptocurrency businesses in the US have been seeking “regulatory clarity” since at least 2014, if not earlier, but such “clarity” has not yet been forthcoming. At present, nobody can even decide whose job it is to regulate cryptocurrencies. The SEC, CFTC, FinCEN and IRS have all taken stabs at it, with each agency variously defining crypto as a security, commodity, money or property, respectively.

In point of fact, it could be years before GDAX receives the necessary level of “regulatory clarity” needed before they feel comfortable listing ERC20 assets. The announcement is a plus for Ethereum and Ethereum-based projects, as it shows that Coinbase wants to integrate ERC20 tokens onto its platform. Unfortunately, an abundance of caution and a dearth of clear regulations is likely to delay actual integrations for a very long time.