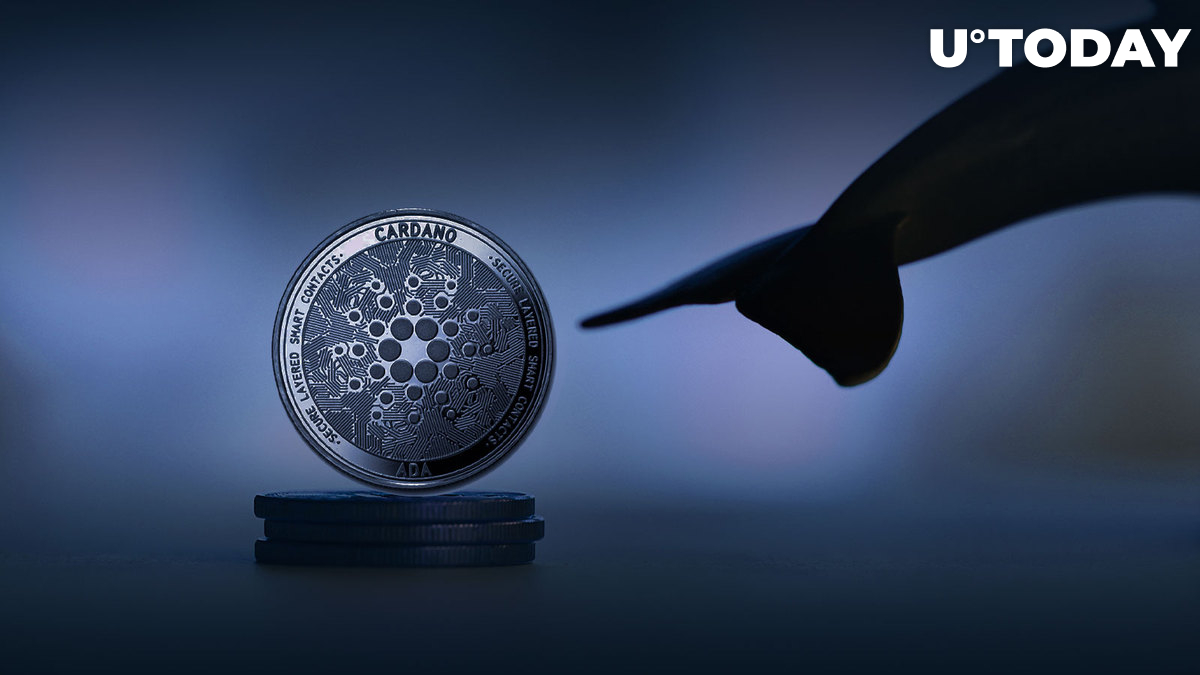 According to WhaleStats data, Cardano has returned to the top 10 purchased tokens among the 500 biggest BSC whales in the last 24 hours. This comes as Cardano dropped to trade below the $0.5 mark following the current market sell-off.

JUST IN: $ADA @CardanoStiftung is back on top 10 purchased tokens among 500 biggest #BSC whales in the last 24hrs 🐳

Whales or large entities are often known to utilize periods of large drops to buy cheaply.

On-chain data points to the recent accumulation of whales by Cardano. As reported by U.Today, addresses holding 10,000 to 10 million ADA added a combined 0.46% of the ADA total supply, or $138 million, from July 27 to Aug. 5, per Santiment data.

Related
Cardano Whales Grab $138 Million in ADA, Here’s Why It Could Be Interesting: Santiment
Ads
Ads

Santiment's analysts wrote: "Cardano shark and whale addresses have accumulated a combined $138 million in ADA in eight days after the mid-June dump around the local price top. This is only a mild accumulation for now, but could get interesting if this trend continues throughout August."

Cryptocurrencies saw a sharp sell-off on Friday as global markets retreated after U.S. Federal Reserve officials indicated the resolve to keep raising interest rates until inflation is contained. The latest reversal in sentiment has hit altcoins, which tend to be more volatile.

During the week, Santiment noted positive sentiment regarding Cardano but noted higher profit-taking than usual: "Cardano sentiment is rather positive at the moment, and prices are up +22% in the past 3 weeks. The ratio of on-chain transactions as profit taking vs. selling at a loss is at its highest level of profit taking since the final week of March," it wrote.

In positive news, Cardano investment products will now be available to clients of major German banks, Comdirect and Onvista. This comes as Valour announced an agreement with both banks to be a provider of crypto products for retail clients in Germany.