BTC, ETH, XRP, and ADA Price Analysis for May 25

Denys Serhiichuk
Which coins can follow the growth of Bitcoin (BTC)? 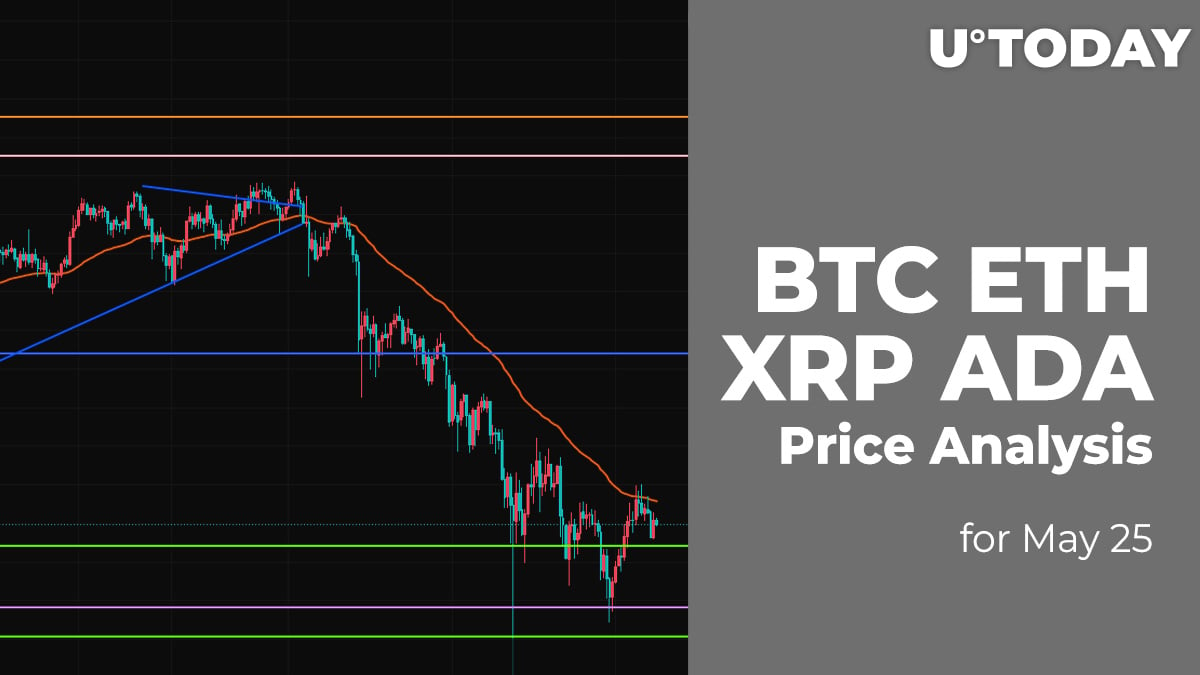 The cryptocurrency market is trying to get out of the massive correction; however, some coins remain under bearish influence. Mainly, Bitcoin (BTC) and Internet Computer (ICP) are in the red zone.

Yesterday buyers were able to overcome the resistance level of $36,000 and consolidated above the level of $37,150. Late in the evening, growth continued to the three-hour EMA55.

This morning, the moving average has limited further growth in the price of Bitcoin (BTC). In the morning, the pair will try to gain a foothold in a sideways range, using the level at $37,150.

Unlike Bitcoin (BTC), Ethereum (ETH) has continued to rise after the correction, going up by 4% over the last day.

On the daily chart, Ethereum (ETH) is looking bullish as the chief altcoin has successfully bounced off the $2,400 mark. Bears are losing their power, which is confirmed by the declining selling trading volume. If ETH can fix above $2,650, the next target at $3,100 may be achieved soon.

XRP is the biggest gainer today as its rate has rocketed by 8%.

XRP is also more bullish than bearish as XRP is trying to come back to the vital level at $1. The altcoin is located in the zone where most of the liquidity is focused, which means that traders are accumulating power for a big upcoming move. In case XRP remains trading above $0.90, there are high chances to get to the mirror level at $1.18 shortly.

Cardano (ADA) has gained less than XRP with a price rise of 4%.

Cardano (ADA) has fixed above the support at $1.33 and is gathering power for a possible continued rise according to a low buying trading volume. In this case, the altcoin may get to the resistance level at $1.79 by the end of the week if bulls keep controlling the situation.