Bitcoin (BTC) Price Analysis for May 24

Denys Serhiichuk
Can the rise of Bitcoin (BTC) continue until the end of the week? 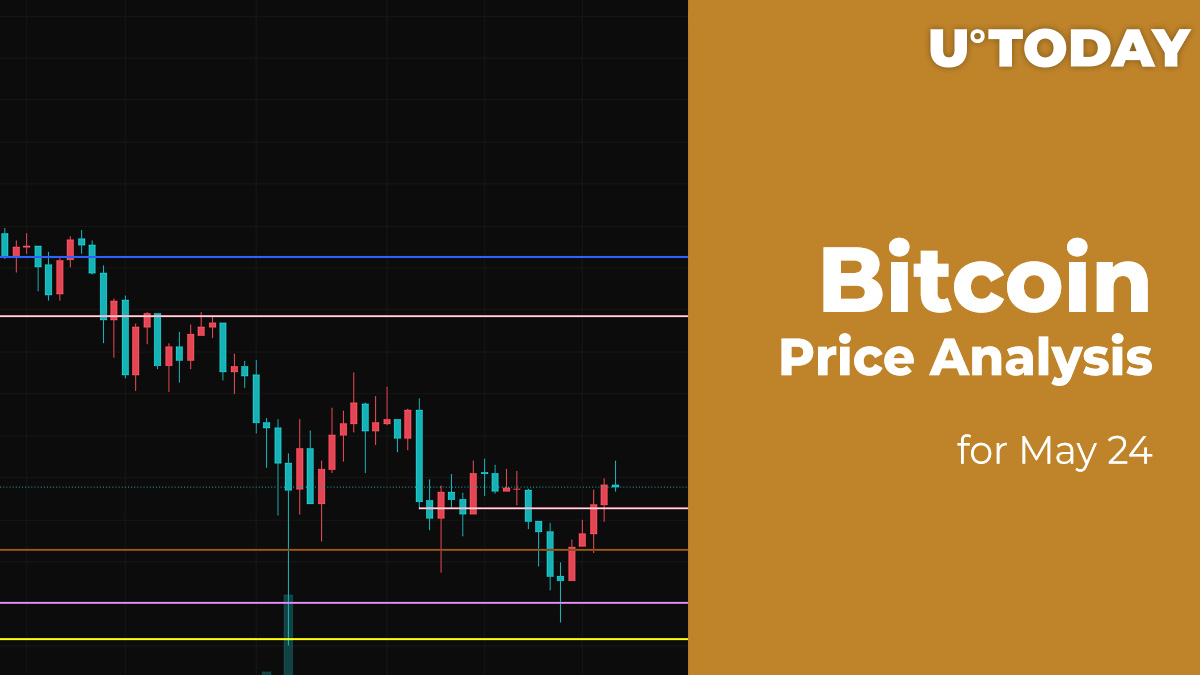 The new week has begun with the sharp growth of the cryptocurrency market as all top 10 coins are in the green zone.

The dominance rate of Bitcoin (BTC) keeps slightly rising after a bounceback from the 30% mark. At the moment, BTC's market share makes up 44.8%.

On the 4H chart, Bitcoin (BTC) may still face a short-term drop as the selling trading volume has increased.

In this case, the more likely scenario is the price decrease to the closest support level at $36,500 where bulls might again seize the initiative.

On the longer time frame, the growth has just begun after a deep drop the previous week. Thus, the rise is accompanied by an increased trading volume that makes the bulls' positions even stronger. The ongoing growth may continue to the closest resistance at $42,100. Such a scenario is relevant for the current week.

On the weekly chart, the situation is also bullish as the week has begun with a successful bounceback. Even though it is too early to consider new peaks, a correction to the created mirror level at around $43,750 may occur within the next few days.